Bannon pleaded not guilty to charges that he ripped off donors to an online fundraising scheme to build a wall on the U.S. border with Mexico, a key Trump initiative.

The “We Build The Wall” fundraiser was headed by men who pushed their close ties to Trump, giving their effort a legitimacy that helped them raise more than $25 million. But according to the criminal charges, much of the money was never used to finance a barrier on the border.

A look at other cases involving Trump associates:

Michael Cohen, Trump's former personal lawyer, was sentenced to three years in prison in 2018 after pleading guilty to campaign finance charges and lying to Congress, among other crimes.

Cohen was serving his time at a federal prison camp in Otisville, New York, but was released in May to home confinement in his New York City apartment as authorities tried to slow the spread of the coronavirus in federal prisons. On July 9, he was ordered back to prison — a move that Cohen argued was retaliation for his plan to release a book critical of Trump before the November election.

U.S. District Judge Alvin K. Hellerstein agreed. The judge said probation authorities indicated that Cohen was sent back to prison because he refused to sign a form banning him from publishing the book or communicating with the media or public. Cohen was released to home confinement again late last month.

Paul Manafort, who led Trump's 2016 presidential campaign for a few months, cut a deal with prosecutors in September 2018 and pleaded guilty to conspiracy against the United States and conspiracy to obstruct justice. That plea deal headed off a second trial on charges tied to Ukrainian political consulting work.

Manafort was separately convicted in the summer of 2018 of eight felony counts related to millions of dollars he hid from the IRS in offshore accounts. None of those charges was related to Trump’s campaign.

Trump has distanced himself from Manafort, but has said that a potential pardon for Manafort is “not off the table.”

This week, the Republican-led Senate intelligence committee's fifth and final report on the Russia probe noted Manafort's close, professional relationship with Konstantin Kilimnik, who was described by the committee as a Russian intelligence officer. 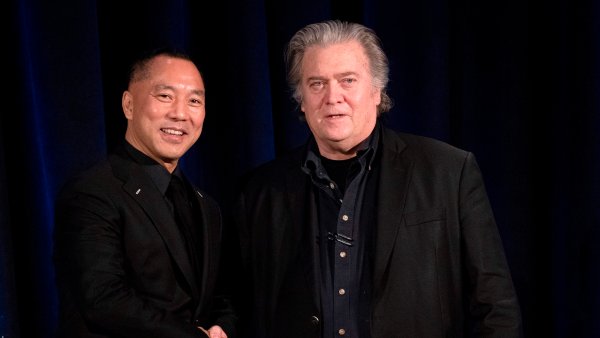 Who is Guo Wengui, the Billionaire Who Owns the Boat Bannon Was Arrested on? 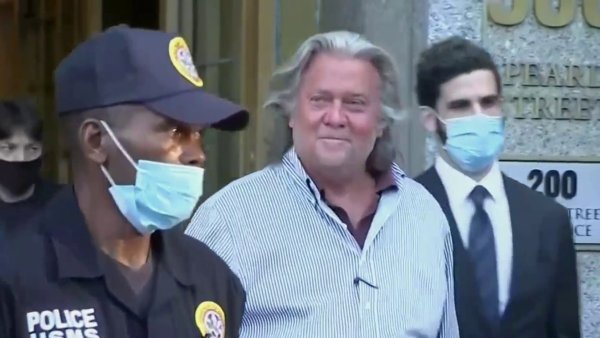 Rick Gates, Manafort’s longtime business associate and a former Trump campaign adviser, pleaded guilty in February 2018 to federal conspiracy and false-statements charges. He too pledged to assist the Mueller investigation.

Gates later turned against Manafort, spending three days on the stand in his former colleague’s trial in Virginia. He told jurors how he committed crimes alongside Manafort for years and admitted doctoring documents, falsifying information and creating fake loans to lower his former boss’ tax bill. He also acknowledged stealing hundreds of thousands of dollars without Manafort’s knowledge by filing fake expense reports.

He was ultimately sentenced to 45 days in jail to be served intermittently during three years of probation.

Roger Stone, a longtime ally and confidant of the president, was sentenced to 40 months in prison for lying to Congress, tampering with witnesses and obstructing the House’s inquiry into Russian meddling in the 2016 election.

Four lawyers who prosecuted Stone quit the case in February after the Justice Department said it would take the extraordinary step of lowering the amount of prison time it would seek.

Trump commuted Stone’s sentence days before Stone was to report for detention.

Trump’s former national security adviser Michael Flynn was the only White House official charged in the Russia investigation. He pleaded guilty to lying to the FBI about having discussed sanctions during the presidential transition period with the then-Russian ambassador to the United States.

Those conversations prompted alarm within the FBI as it investigated whether Russia and the Trump campaign had worked together to sway the election.

Flynn was awaiting sentencing when the Justice Department announced in May that it was abandoning the case following an internal review. That review concluded that the FBI had insufficient basis to question Flynn about his conversations with the diplomat, which Attorney General William Barr says were appropriate given his position.

The Flynn case remains at the center of a long-running legal saga that has prompted a power struggle between the executive and judicial branches of government.

George Papadopoulos, who served as a foreign policy adviser to Trump's 2016 campaign, was sentenced in September 2018 to 14 days in prison for lying to the FBI about his contacts with a mysterious professor in Europe who told him about dirt Russia had on Trump's Democratic opponent, Hillary Clinton.

That disclosure to Papadopoulos triggered the start of the FBI investigation in July 2016.