The CEO of a cosmetics company issued an apology Sunday after a video was widely shared online showing her and her husband confronting a man and threatening to call police because he stenciled “Black Lives Matter” in chalk on his San Francisco property.

The video, which has been retweeted 155,000 times, has sparked accusations of racism and led a cosmetics distributor to cut ties with Lisa Alexander, founder and CEO of LaFace Skincare.

“There are not enough words to describe how truly sorry I am for being disrespectful to him last Tuesday when I made the decision to question him about what he was doing in front of his home," Alexander said in a statement. “I should have minded my own business.” 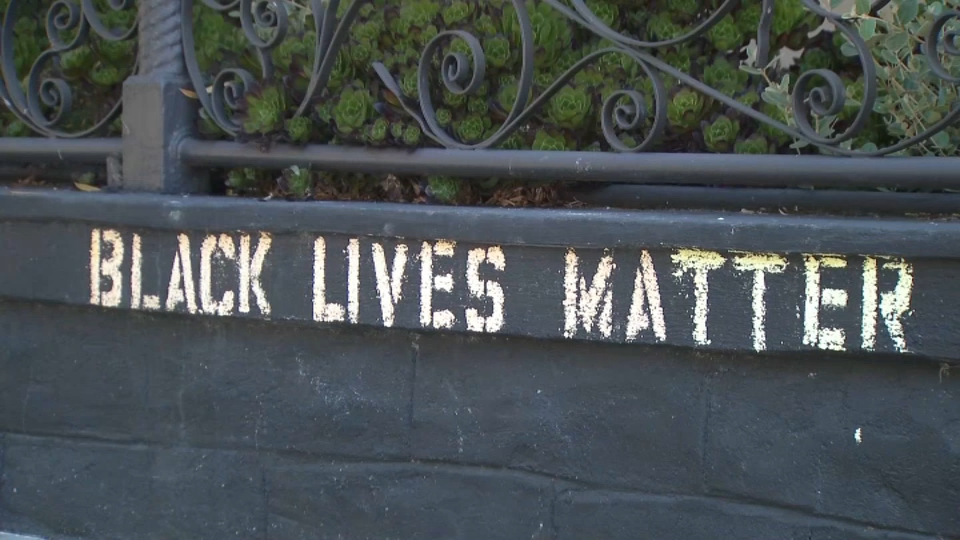 The video, which first appeared Tuesday on the Facebook page of James Juanillo, shows a couple asking him whether he lives in the house before asserting that they know he doesn’t live there and is therefore breaking the law.

Juanillo doesn’t answer the couple, but invites them to call the police. The couple then walk away, with Alexander responding: “Yes, we will do so.”

The video stops short of showing what happens next. Juanillo summed up the encounter on Twitter: “A white couple call the police on me, a person of color, for stenciling a #BLM chalk message on my own front retaining wall.”

He added that Alexander “lies and says she knows that I don’t live in my own house, because she knows the person who lives here.”

Juanillo, who is Filipino, told news outlets he believes the couple accused him of defacing private property because they didn't think he belonged in the wealthy Pacific Heights neighborhood.

James Juanillo discusses the interaction recorded in now viral video of a woman taking issue with him writing Black Lives Matter in front of his San Francisco home.

Juanillo told NBC Bay Area on Saturday he has lived at the Pacific Heights home since 2002 and was inspired to make sure the Black Lives Matter message was also projected in his own neighborhood.

"It's important that this not just be in the Castro, the SOMA," Juanillo said of the Black Lives Matter statement. "That it be in the Marina, and Laurel Heights, Presidio Heights, Pacific Heights where people who need to be woke can read it, and see that this is OK to have a statement like this, in a neighborhood like this."

Juanillo, who dares the woman in the video to call police, said he felt confident doing so because he knows so many officers in the neighborhood due to having lived there for nearly two decades.

He said a police officer pulled up several minutes after the encounter and drove away after recognizing Juanillo as a longtime resident.

"I don't recommend this for any other person of color, other protester," he said. "Do not dare your Karens to call the cops."

The social media furor over the video led Birchbox, which distributes beauty products via a subscription service, to announce Saturday that it has cut ties with the company over Alexander’s “racist actions.”

“When I watch the video I am shocked and sad that I behaved the way I did,” Alexander's statement said.

She said she was committed to learn from the experience and wants to apologize to Juanillo in person.

"If she just comes to my door we can put this away," he said. "We can have a kumbaya moment."