Why US Inflation Is So High, and When It May Ease

For the 12 months that ended in March, consumer prices rocketed 8.5%, the fastest year-over-year jump since 1981

Another month, another four-decade high for inflation.

For the 12 months that ended in March, consumer prices rocketed 8.5%. That was the fastest year-over-year jump since 1981, far surpassing February's mark of 7.9%, itself a 40-year high.

Even if you toss out food and energy prices — which are notoriously volatile and have driven much of the price spike — so-called core inflation jumped 6.5% in the past 12 months. That was also the sharpest such jump in four decades.

Consumers have felt the squeeze in everyday routines. Gasoline is up an average of 48% in the past year. Airline tickets are up 24%, men’s suits nearly 15%, bacon 18%.

The Federal Reserve never anticipated inflation this severe or persistent. Back in December 2020, the Fed’s policymakers had forecast that consumer inflation would stay below their 2% annual target and end 2021 at around 1.8%. 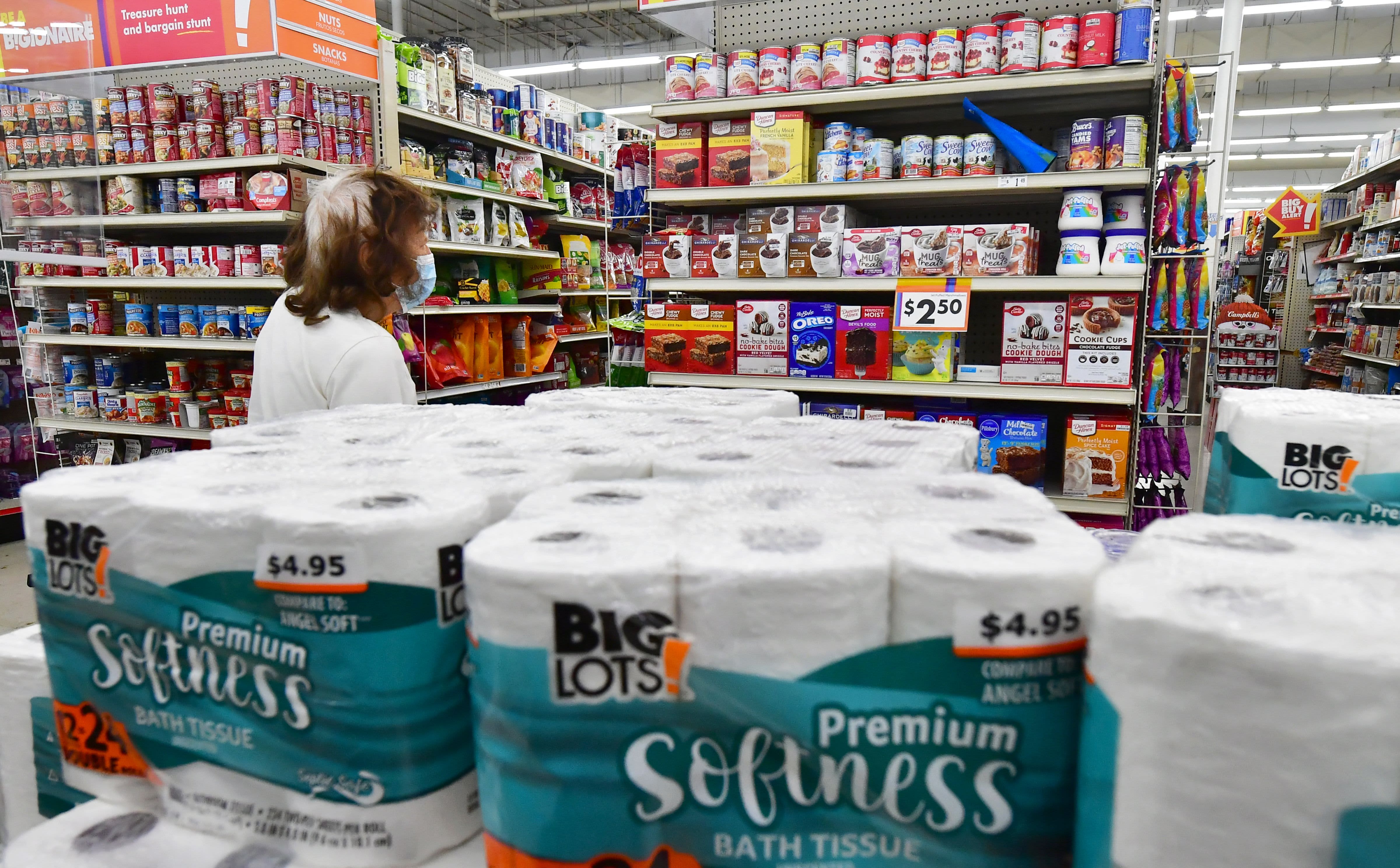 Supplier Prices Rose 11.2% From a Year Ago in March, the Biggest Gain on Record 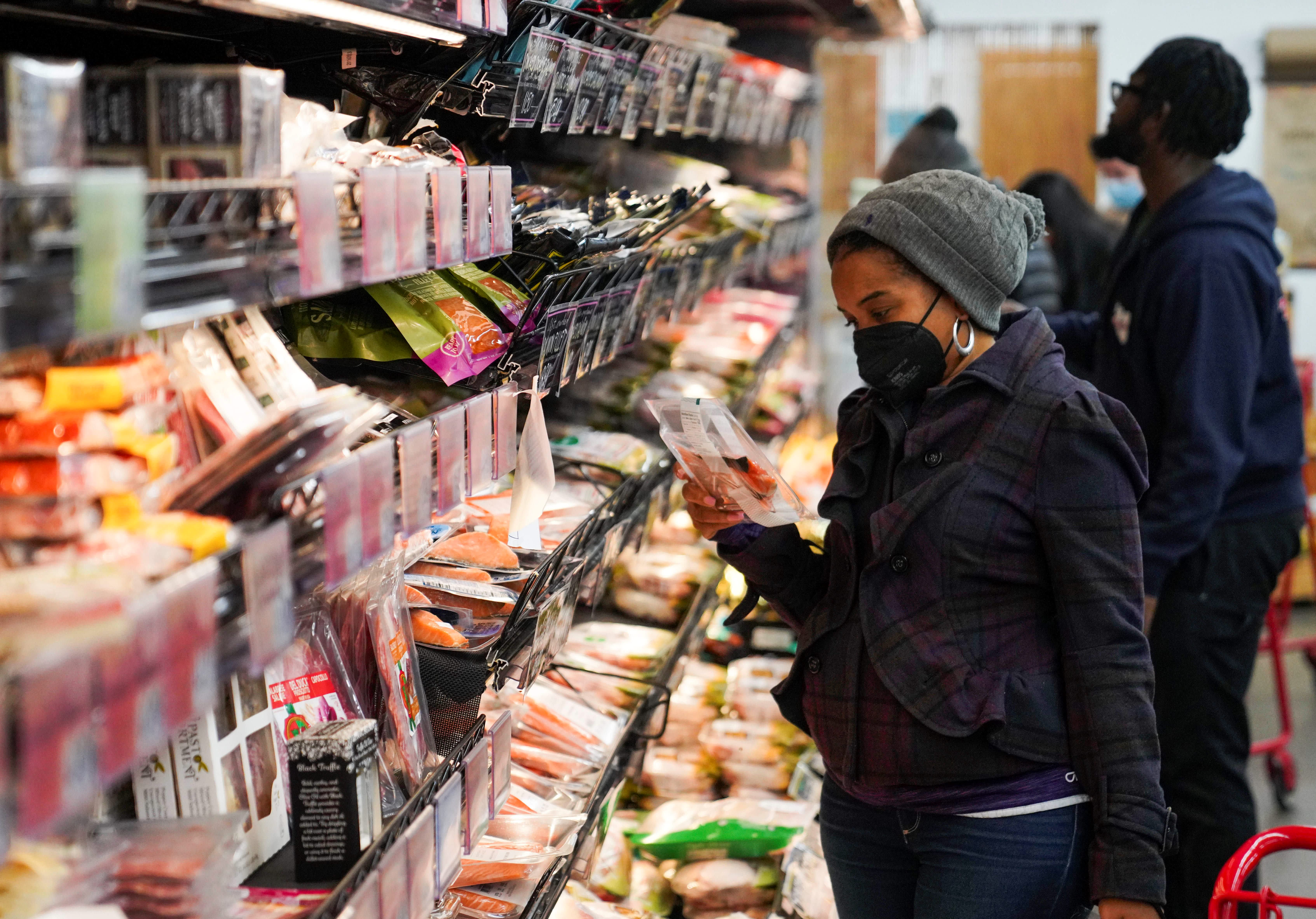 Yet after having been merely an afterthought for decades, high inflation reasserted itself last year with brutal speed. In February 2021, the government’s consumer price index was running just 1.7% above its level a year earlier. From there, the year-over-year increases accelerated — 2.6% in March, 4.2% in April, 5% in May, 5.4% in June.

For months, Fed Chair Jerome Powell and some others characterized higher consumer prices as merely “transitory” — the result, mainly, of shipping delays and temporary shortages of supplies and workers as the economy rebounded from the pandemic recession much faster than anyone had anticipated. Now, most economists expect inflation to remain elevated well into next year, with demand outstripping supplies in numerous areas of the economy.

So the Fed has radically changed course. Last month, it raised its benchmark short-term rate by a quarter-point and is expected to keep raising it, probably aggressively, well into 2023. In doing so, the Fed is moving decisively away from the ultra-low rates that helped revive the economy from the recession but also helped fuel surging consumer prices.

The Fed is making a high-risk bet that it can slow the economy enough to rein in inflation without weakening it so much as to trigger a recession. The overall economy is healthy, with a robust job market and extremely low unemployment. But many economists say they worry that the Fed's steady credit tightening will cause an economic downturn.

The American consumer price index, which measures inflation through the cost of popular goods, is up 8.5%. Price increases of this magnitude haven't been seen since 1981, and the U.S. is not the only country dealing with high levels of inflation right now, NBCLX Political Editor Noah Pransky explains.

What Caused the Spike in Inflation?

Good news — mostly. When the pandemic paralyzed the economy in the spring of 2020 and lockdowns kicked in, businesses closed or cut hours and consumers stayed home as a health precaution, employers slashed a breathtaking 22 million jobs. Economic output plunged at a record-shattering 31% annual rate in 2020's April-June quarter.

But instead of sinking into a prolonged downturn, the economy staged an unexpectedly rousing recovery, fueled by vast infusions of government aid and emergency intervention by the Fed, which slashed rates, among other things. By spring of last year, the rollout of vaccines had emboldened consumers to return to restaurants, bars, shops, airports and entertainment venues.

With demand up and supplies down, costs jumped. And companies found that they could pass along those higher costs in the form of higher prices to consumers, many of whom had managed to pile up savings during the pandemic.

Critics blamed, in part, President Joe Biden’s $1.9 trillion coronavirus relief package, with its $1,400 checks to most households, for overheating an economy that was already sizzling on its own. Many others argued that the Fed kept rates near zero far too long, lending fuel to runaway spending and inflated prices in stocks, homes and other assets.

The U.S. is dealing with the coronavirus pandemic, a worker shortage and soaring prices. NBCLX Political Editor Noah Pransky breaks down what's causing these complex issues, and what the Biden White House is able to do about them.

How Long Will It Last?

Elevated consumer price inflation could endure as long as companies struggle to keep up with consumers’ demand for goods and services. A recovering job market — employers added a record 6.7 million jobs last year and are adding 560,000 a month so far this year — means that Americans as a whole can continue to splurge on everything from lawn furniture to electronics.

Many economists foresee inflation staying well above the Fed’s 2% annual target this year. But relief from higher prices might be coming. Jammed-up supply chains are beginning to show some signs of improvement, at least in some industries. The Fed’s pivot away from easy-money policies toward an anti-inflationary policy could eventually reduce consumer demand. There will be no repeat of last year’s COVID relief checks from Washington. Inflation itself is eroding purchasing power and might force some consumers to shave spending.

At the same time, new COVID variants could cloud the outlook — either by causing outbreaks that force factories and ports to close and disrupt supply chains even more or by keeping people home and reducing demand for goods.

How Are Higher Prices Affecting Consumers?

The strong job market is boosting workers' pay, though not enough to offset higher prices. The Labor Department says that after accounting for higher consumer prices, hourly earnings for private-sector employees fell 2.7% last month from a year earlier, the 12th straight such drop.

There are exceptions: After-inflation wages rose 8% for hotel workers and 4% for restaurant and bar employees in March from a year earlier.

Partisan politics, in the meantime, is influencing the way Americans view the inflation threat. With a Democrat in the White House, Republicans are far more likely than Democrats to say that inflation is having a negative effect on their personal finances, according to surveys of consumer sentiment conducted by the University of Michigan.