5 Things: What Yellen’s Fed Tenure Will Be Remembered For

Here are five areas in which Yellen's era at the Fed will be remembered:

When Janet Yellen leaves the Federal Reserve this weekend after four years as chair, her legacy will include having shattered a social barrier: She is the first woman to have led the world's most powerful central bank, a position that carries enormous sway over the global economy.

Yellen will be remembered, too, for her achievements in deftly guiding the Fed's role in the U.S. economy's slow recovery from a crushing financial crisis and recession. She picked up where her predecessor, Ben Bernanke, had left off in nurturing the nation's recuperation from a crisis that nearly toppled the financial system.

As Jerome Powell prepares to succeed Yellen as leader of the U.S. central bank, here are five areas in which Yellen's era at the Fed will be remembered: 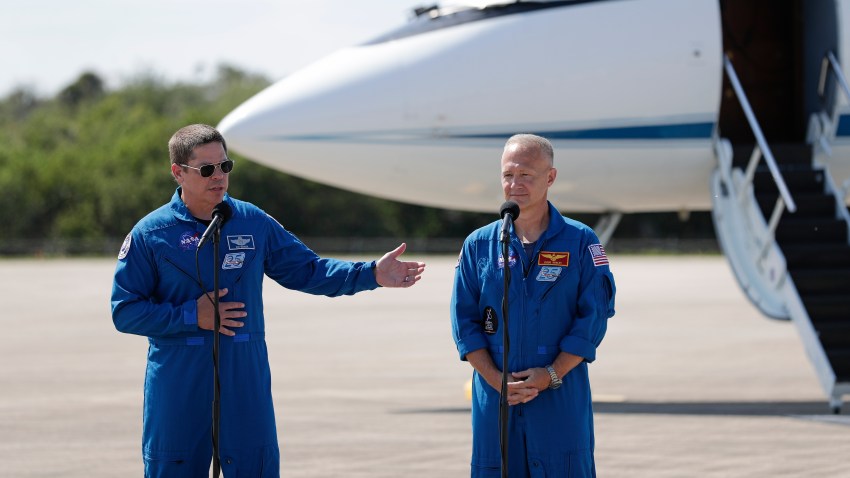 CRISIS MANAGEMENT
Yellen served not just the past four years as Fed chair but for 2½ years in the 1990s as a Fed board member, then six years as president of the Fed's San Francisco regional bank and then for four years as the Fed's vice chair during Bernanke's second four-year term. In all those roles, Yellen proved herself an able economic forecaster. She often detected perils before others saw reason for alarm, and she became a forceful advocate, especially during the Great Recession, for an aggressive response to economic weakness.

Transcripts of Fed policy meetings from the fall of 2008, when Lehman Brothers' collapse ignited the most dangerous phase of the financial crisis, show that Yellen helped drive the Fed to unleash just about everything in its economic arsenal, including slashing its key short-term interest rate to a record low near zero.

BOLD ACTIONS
As the recession deepened and millions more Americans lost jobs, Yellen was an assertive voice backing up Bernanke in the path-breaking move by the Fed to buy enormous quantities of Treasury and mortgage bonds to try to drive down long-term borrowing rates to support the economy. Critics warned that the bond purchases, which eventually swelled the Fed's balance sheet five-fold to $4.5 trillion, could trigger high inflation. So far, inflation has not only remained low but for six years has remained below even the Fed's 2 percent target rate.

The Yellen-led Fed continued to support the bond purchases in the face of skepticism. Later, it rebuffed pressure to start selling off its record-high bond holdings. Finally, in October, after the Fed felt it had achieved its goal of maximum employment, it began gradually paring its bond portfolio.

CLEAR COMMUNICATIONS
Yellen extended an innovation of the Bernanke Fed by holding quarterly news conferences after four of the eight policy meetings each year. At these roughly hour-long sessions, Yellen usually managed to shed some light on the Fed's thinking about its rate policy while cautioning that any future policy changes would hinge on the latest economic data. By all accounts, she avoided any major communication stumbles by telegraphing the Fed's moves in advance to avoid catching investors off guard.

Her success in this area contrasted with a rare but memorable stumble by Bernanke: In 2013, as Fed chairman, Bernanke triggered what came to be called the "taper tantrum." It occurred when he first raised the possibility that the Fed could start gradually tapering its bond purchases sometime in the months to follow — unexpected remarks that sent bond prices plunging.

JOBS ABOVE ALL
Yellen, more than her predecessors, stressed the overarching importance of increasing job growth to the greatest level possible. Maximum employment is one of the two mandates Congress lays out for the Fed. The other is to manage interest rates to promote stable prices, which the Fed has defined as inflation averaging 2 percent annually.

Yellen's predecessors typically worried most about triggering debilitating bouts of inflation of the kind that the United States suffered in the 1970s. That meant favoring higher rates to limit borrowing and spending.

Yellen was different. She believed the U.S. economy had entered an era in which the gravest threat was not a resurgence of inflation but a prolonged period of weak job growth. She argued that the Fed could leave its key policy rate at a record low near zero for far longer than had previously been thought prudent.

The Fed's benchmark rate remained near zero from late 2008 until December 2015, when the central bank raised it modestly. Since then, the Fed has gradually raised rates four additional times, leaving its key rate in a still-low range of 1.25 percent to 1.5 percent — well below the level usually associated with a prolonged economic expansion and a tight job market.

HISTORY'S JUDGMENT
So far, Yellen has been proved correct in her bet that rates could remain lower for longer without causing high inflation. The unemployment rate has reached a 17-year low of 4.1 percent with still-low inflation.

Yet many of Yellen's critics remain unconvinced. They contend that her insistence on low rates has helped swell dangerous bubbles in such assets as stocks and perhaps home prices. They further warn that because the Fed took so long to begin raising rates, a Powell-led Fed could trigger market turbulence with further rate increases and end up harming the economy — possibly even triggering a recession.

Yellen's supporters, though, argue that once again she will be proved correct and that the Fed will be able to achieve an economic soft landing: Raising rates enough to keep the economy from overheating but not so much as to derail the expansion, already the third-longest in U.S. history.