Watch: SpaceX Sticks the Landing of Starship for the First Time

The successful landing follows a series of test flights that produced spectacular fireballs.

Southern California-based SpaceX nailed the landing of its Starship prototype Wednesday after a series of test flights that ended in spectacular explosions.

Starship is envisioned as a long-range vessel to carry people to Mars, and as a shuttle between the Moon and a space station in lunar orbit.

The crew landed in the Gulf of Mexico just before 3 a.m. EST.

The flight of the silver, cylindrical SN15 prototype was closely watched, particularly after other recent tests ended in massive explosions. One of the test rockets managed to land upright, but minutes later it exploded on the pad. Others simply burst into flames on impact with the ground.

Musk has never deemed such events failures, insisting they are critical learning tools for engineers, ultimately leading to safer equipment. In fact, SpaceX's website notes that the test flights "are all about improving our understanding and development of a fully reusable transportation system designed to carry both crew and cargo on long-duration interplanetary flights, and help humanity return to the Moon and travel to Mars and beyond." 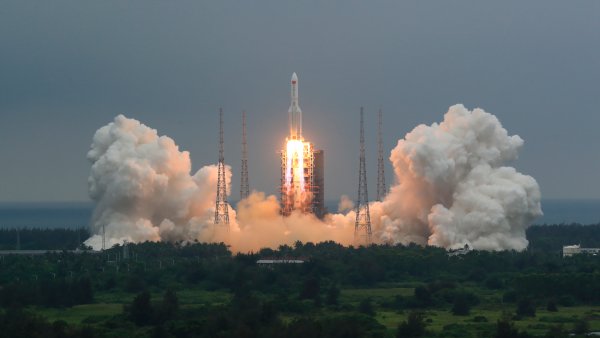 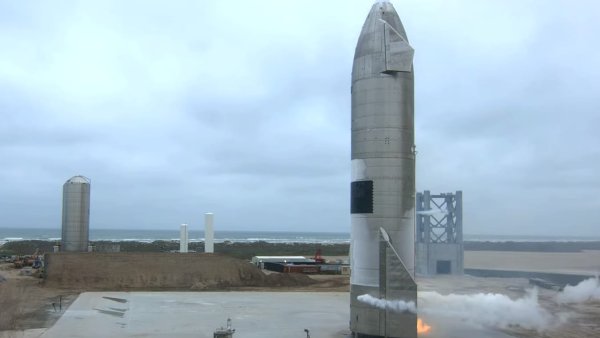 Wednesday's test sent the prototype roughly 10 kilometers into the air. It then repositioned itself for descent. Unlike traditional vertical rocket landings, the Starship plummets toward Earth horizontally, only rotating to a vertical position as it nears the landing pad.

When the Starship is fully developed, it will be "the world's most powerful launch vehicle ever developed,'' able to carry more than 100 metric tons into Earth orbit, according to SpaceX.

While envisioned as a vehicle for carrying astronauts to Mars and beyond, a version of the Starship is also expected to be employed by SpaceX for shuttling astronauts between the Moon and a planned "Gateway'' base orbiting the Moon.

NASA's ambitious Artemis program envisions the base as a waystation for astronauts traveling to the Moon and beyond. For lunar travel, the program plans to use a ship known as Orion to carry astronauts from the Earth to the Gateway base. From there, astronauts would board a SpaceX Starship, which will shuttle them to the lunar surface, and eventually return them to the orbiting base for a return to Earth.

NASA recently awarded SpaceX a $2.89 billion contract to develop the lunar shuttle system, although a competitor for the contract has filed a challenge to the bidding process.