In looking for ways to punish the generals for the coup, the State Department said it would look partly at any U.S. assistance programs that may be indirectly benefiting Myanmar's military

The United States on Tuesday declared the military roundup of civilian leaders in Myanmar a coup, and said it would look for ways to impose more sanctions or other penalties on the country's military and officers.

The military power grab poses challenges for the two-week-old Biden administration, which says it wants to support wobbly democracy movements globally, but also wants to avoid driving countries like Myanmar toward China.

And with Myanmar's generals already under U.S. sanctions over the deadly campaign against the country's Muslim Rohingya minority, it was unclear how much impact any new penalties could have. Senate Minority Leader Mitch McConnell, a supporter of Myanmar civilian leader Aung San Suu Kyi, called Tuesday for “the strongest possible sanctions" and a U.S.-led effort to rally international condemnation against the coup leaders, including in the United Nations.

Biden administration officials had held off on describing the military’s weekend roundup as an outright takeover. The country's military leaders said in a televised address they were taking power for a one-year state of emergency and claimed their move was lawful under the constitution. State Department officials said Tuesday they were satisfied the move met the legal definition of a coup.

The United States would “work closely with our partners throughout the region and the world to support respect for democracy and the rule of law in Burma, as well as to promote accountability for those responsible for overturning Burma’s democratic trajectory,” State Department spokesman Ned Price said. Burma is the former name of Myanmar.

Whatever penalties the U.S. decides on will spare direct humanitarian aid to the country's people, the State Department said. 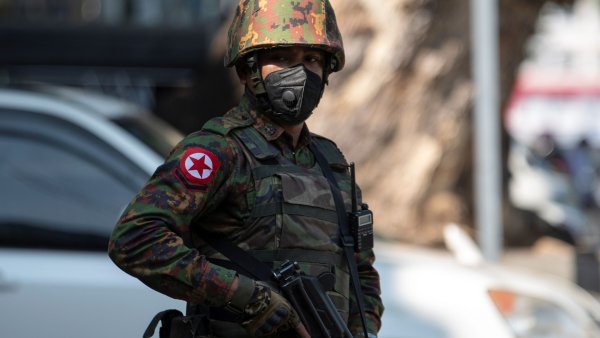 Myanmar Coup Tests Biden's Ability to Work With Allies in Asia, Where China's Influence Is Growing 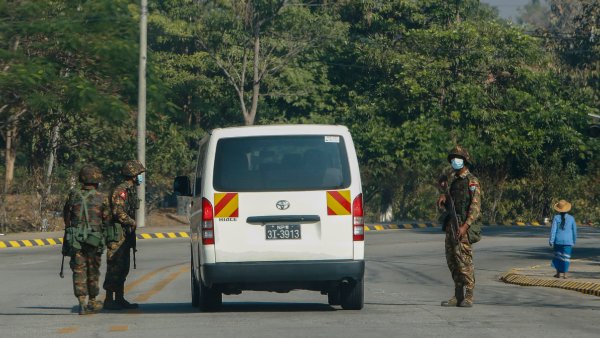 The weekend military roundup swept up Suu Kyi, winner of the 1991 Nobel Peace Prize for her years leading Myanmar's oppressed democratic opposition while under military house arrest, and other political and elected officials. Hundreds of parliament members were confined to a government housing complex.

The generals cited claims of fraud in November elections, which Suu Kyi's National League for Democracy party won by a landslide. State Department officials said there was no evidence of widespread fraud and said the coup was timed to prevent Monday's scheduled convening of parliament.

The roundups upended years of internationally backed efforts to promote democracy in Myanmar, which had been emerging from a half-century of military rule and international isolation. Street protests against the military dictatorship eventually led to elections in 2015 that were won by Suu Kyi's party.

The impact of any new U.S. penalties against the military is likely to be minor. The United States already has sanctioned many of the country's military leaders and withheld assistance from the military overall. That was for vicious attacks that have sent hundreds of thousands of Myanmar's Rohingya minority fleeing the country.

Suu Kyi in recent years has defended Myanmar against allegations that military-led attacks in 2017 uprooting, raping and killing ethnic Rohingya amounted to genocide, costing her much of her support abroad.

In looking for ways to punish the generals for the coup, the State Department said it would look partly at any U.S. assistance programs that may be indirectly benefiting Myanmar's military or lower-ranking officers.

President Joe Biden on Monday called the latest military action an assault on democracy and the rule of law in Myanmar. “The United States will stand up for democracy wherever it is under attack,” Biden said.

McConnell said Biden and Secretary of State Antony Blinken had called to talk about the U.S. response to the coup.

The Biden administration is seeking to restore the United States' position as a global leader, after four years in which President Donald Trump withdrew from cooperation with longtime U.S. allies and devoted his international attention to authoritarian leaders in North Korea, Russia and elsewhere.

The new administration has sought to turn its main foreign-policy focus to ever more influential and economically powerful China, instead. U.S. officials have said they fear moving away from relations with any one government, country or region would leave an opening for Chinese influence.