After petroleum was detected in a drinking well, Hawaii ordered the Navy to drain fuel from the tanks to protect Oahu's drinking water

“The Navy caused this problem, we own it and we’re gonna fix it,” said Converse, deputy commander of the U.S. Pacific Fleet.

Hawaii's governor said he expected the Navy to immediately comply with the state's order and address the threat the tank facility poses to the environment and the well-being of the state's military families and residents.

“I’m pleased to hear the Navy is doing the right thing,” Gov. David Ige said in a statement. 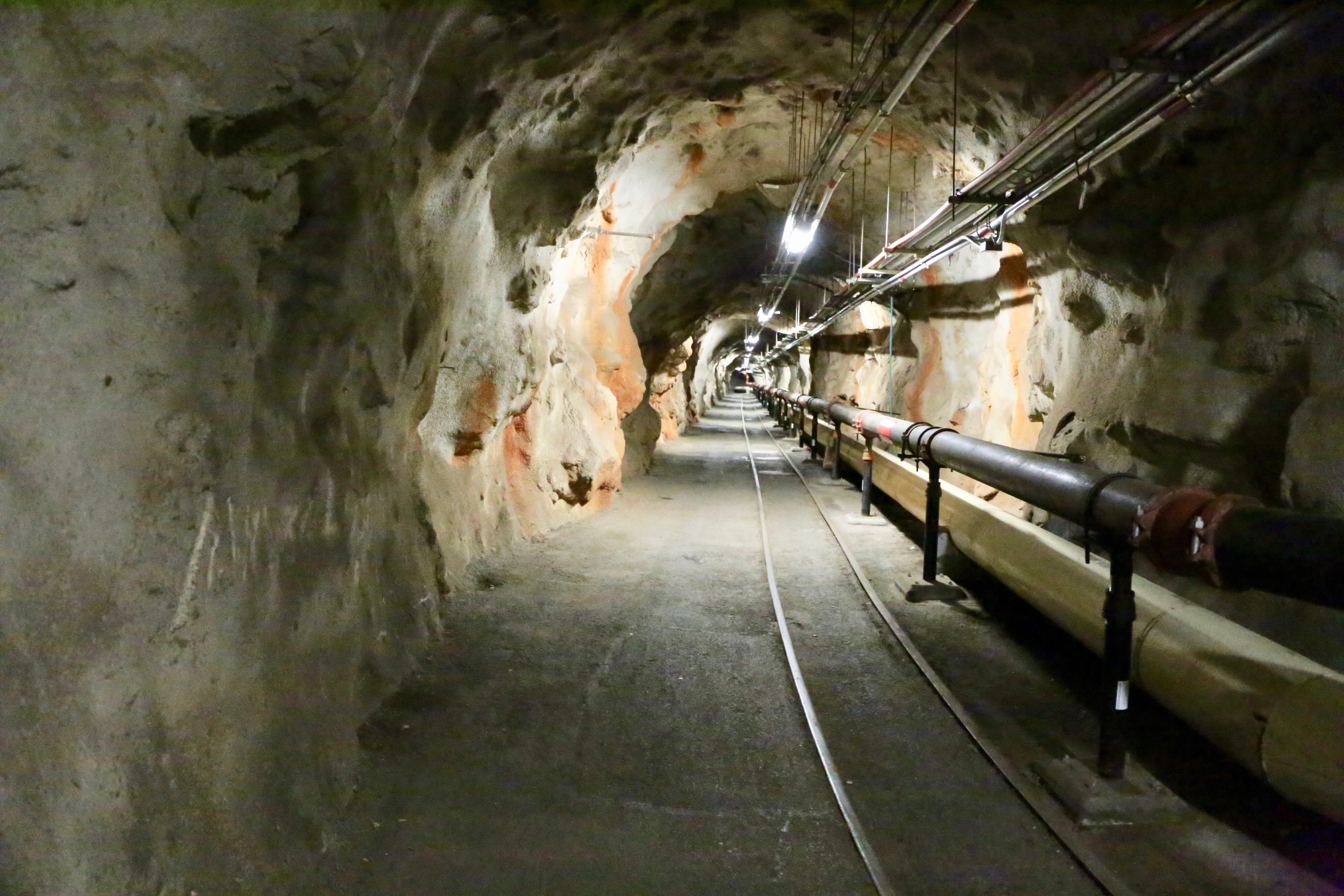 Navy Halts Use of Fuel Storage Complex Above Hawaii Aquifer 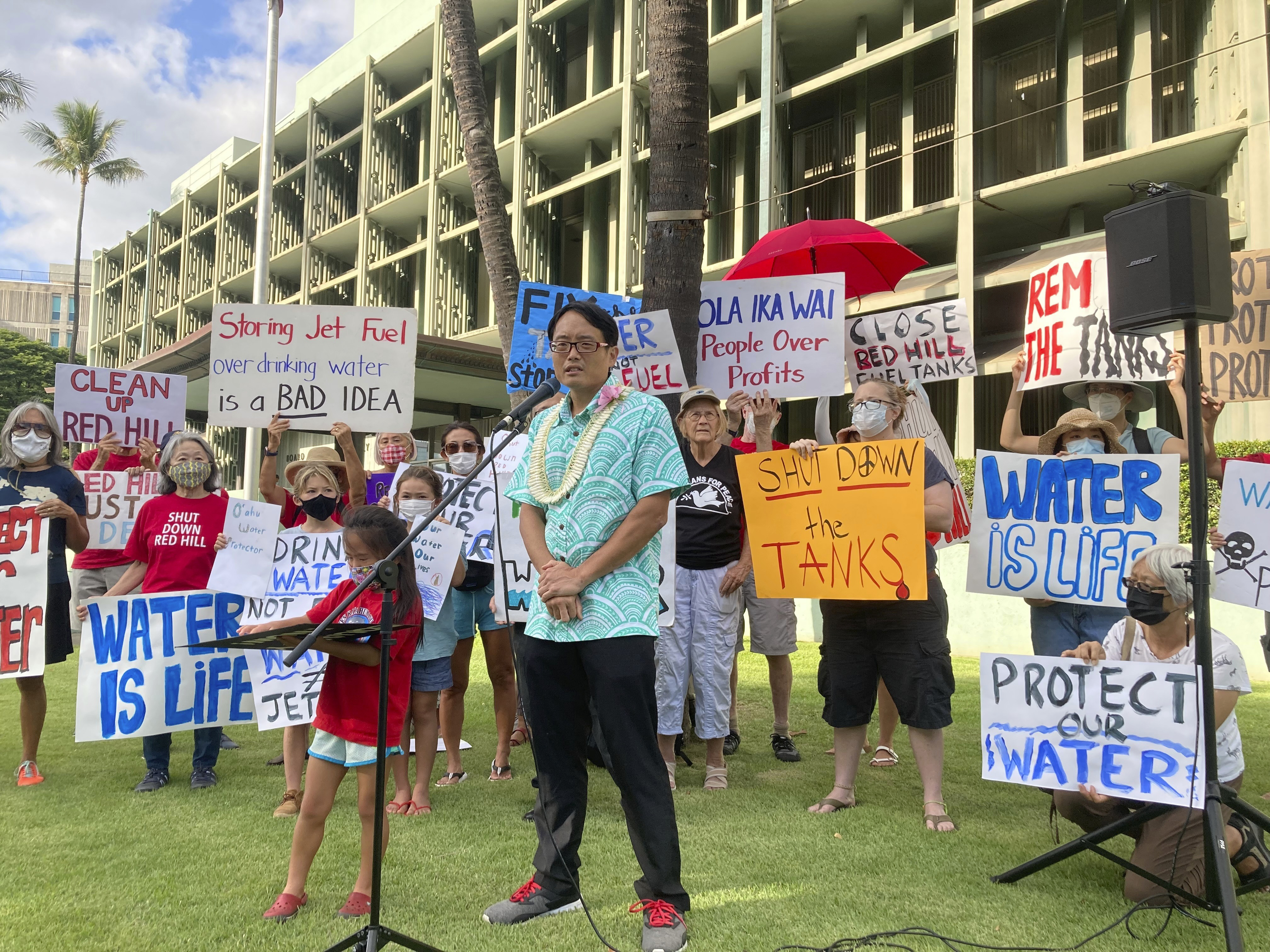 The Navy’s water system serves some 93,000 people in residential homes, offices, elementary schools and businesses in and around Pearl Harbor. Starting in late November, about 1,000 people complained that their tap water smelled like fuel or reported physical ailments such as nausea and rashes after ingesting it.

After petroleum was detected in a drinking well, Hawaii ordered the Navy to drain fuel from the tanks to protect Oahu's drinking water. Navy officials said Hawaii’s order wasn’t necessary because a Nov. 20 spill they believed tainted the water occurred inside an access tunnel and they didn’t believe the tanks themselves were to blame.

The Navy contested Hawaii’s order, prompting a December hearing before a deputy state attorney general. The hearings officer concluded the tanks were a “ticking time bomb” and that the order needed to be upheld.

The Red Hill facility holds 20 giant underground tanks built into the side of a mountain during World War II. Each tank is roughly the height of a 25-story building. Collectively, they can hold up to 250 million gallons (946 million liters) of fuel, though two of the tanks are now empty.

The Navy believes its water system became contaminated by jet fuel that leaked from pipes connected to the Red Hill tanks. It detected jet fuel in a well that draws on an aquifer just 100 feet (30 meters) below the tank complex.

So far only the Navy’s drinking water has been tainted. Petroleum hasn’t shown up in the municipal water system operated by the Honolulu Board of Water Supply. But the utility draws water from the same aquifer as the Navy.

Hawaii officials are concerned that petroleum could migrate through the aquifer from the area of the Navy’s well to the water utility’s Halawa well and poison the city’s drinking water. The Board of Water Supply has suspended use of its Halawa well, which supplies about one-quarter of the water consumed in urban Honolulu, to try to prevent petroleum from infecting its water system.

Wayne Tanaka, the director of the Sierra Club of Hawaii which has long fought to close the tanks, welcomed the Navy's decision to comply with the order.

“I’m hopeful they’re finally seeing the light and acknowledging the facility is an inherent danger to our water supply,” Tanaka said.

He said the state Department of Health, Hawaii’s congressional delegation and others would need to ensure that the Navy meets the deadlines included in the department’s order.

The Navy must submit an implementation and work plan by early February. After the Department of Health approves the plan, the Navy has 30 days to defuel the tanks.

“It is our full expectation that the Navy will follow the law by complying with the final order,” said Katie Arita-Chang, a spokesperson for the Hawaii Department of Health.

Not operating the facility will have minimal impact, but continuing not to operate it beyond February will come at a cost, Converse said.

He said he didn't have details on costs and risks to national security of continued non-operation of the facility.

“Let me be clear, clean drinking water is national security,” U.S. Rep. Kaiali’i Kahele of Hawaii said at the hearing.

Dr. Elizabeth Madin and Dr. Joshua Madin met and fell in love through their shared passion for saving the oceans. Today, they are marine ecologists with the Hawaii Institute of Marine Biology attacking the same problem from different angles —preserving the world's dying coral reefs.
Copyright AP - Associated Press