When it comes to the sexual assault allegation leveled against Joe Biden, the president, who has faced similar allegations, has been unusually reticent

But when it comes to the sexual assault allegation leveled against Joe Biden, his Democratic rival, the president has been unusually reticent.

Trump didn't publicly address the issue until April 30, more than a month after former Senate staffer Tara Reade alleged on a podcast that Biden sexually assaulted her in a Capitol Hill basement in 1993. Biden has vehemently denied the allegation, saying it never happened.

When Trump has talked about the accusation, he's been tepid.

"I don’t know anything about it," Trump first said in response to a reporter’s question. "I think he should respond. You know ... it could be false accusations. I know all about false accusations. I’ve been falsely charged numerous times. And there is such a thing."

He offered the same line on Friday during an interview with TV's "Fox & Friends."

Trump’s comments highlight the complicated calculus he faces as he tries to weaponize a rival’s potential vulnerability when he himself has been accused of assault and unwanted touching by a long list of women — allegations he, too, denies.

While Trump has never been shy about using his own weaknesses as ammunition — an “I’m rubber, you’re glue” strategy he used in 2016 to try to blunt attacks against him — the November contest between Biden and Trump is the first presidential race since the dawn of the #MeToo era. The movement has spurred numerous women to come forward with allegations of sexual assault, including against prominent men in politics, entertainment and other industries. 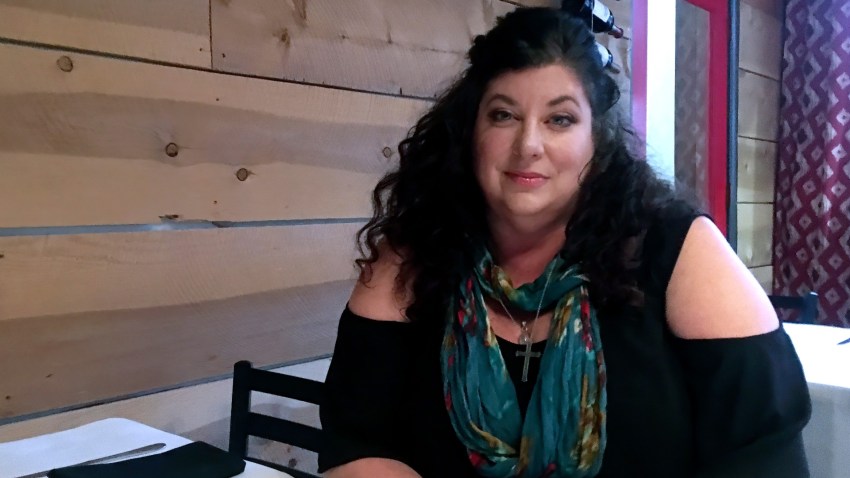 Trump is stepping up his attacks on Biden on other fronts, particularly an effort to portray him as soft on China. But in resisting the urge to seize on Reade's allegation, Trump is acknowledging the bind he's in with women, who could help decide the election.

And some supporters say the bigger issue heading into the fall will be Trump's response to the coronavirus and economic collapse.

“The specifics of the Reade allegation are secondary,” said Jason Miller, who served as the communications director for Trump's 2016 campaign and argued that the allegations are less damaging to Biden than other weaknesses the episode exposes.

It was a different story during the closing months of Trump's 2016 campaign against Hillary Clinton, when Trump repeatedly invoked allegations against her husband, former President Bill Clinton.

Following the release of the "Access Hollywood" tape in which Trump bragged about using his fame to sexually assault women, Trump launched a scorched-earth campaign against Hillary Clinton that included inviting her husband's accusers to the second presidential debate. His campaign organized a surprise news conference featuring four of Bill Clinton's accusers in an attempt to throw Hillary Clinton off her game.

Four years later, the landscape is different. In the wake of the #MeToo movement, Trump and his campaign have instead focused much of their response to Brett Kavanaugh, the Supreme Court Justice whose nomination was nearly derailed by sexual misconduct allegations.

"This is an outstanding man. He was falsely charged. What happened with him was an absolute disgrace to our country," Trump said of Kavanaugh on the day he first spoke about Reade.

Trump's campaign has also highlighted statements made by Democrats during the Kavanaugh episode to try to portray them as having a double standard when it comes to which accusers they believe.

“During Justice Kavanaugh’s hearings, Biden made clear that all women should be believed when they come forward with allegations of sexual assault,” Trump campaign spokeswoman Erin Perrine said in a statement. "In a dramatic shift, Biden now says 'believe women' doesn’t actually mean ‘believe women.'"

It's a message the Trump campaign is reinforcing to supporters.

"Joe Biden & the Dems believe he should be held to a different standard than the one they set for Brett Kavanaugh. Let’s hold them accountable," read one text sent to supporters.

For its part, the Biden campaign has sometimes struggled to respond to the Reade allegation. It initially released a written statement denying the accusation while arguing that women should have the right to come forward with their stories, which should be reviewed by the media.

Biden himself didn't publicly address the accusation until a May 1 interview on MSNBC in which he unequivocally denied Reade's allegation. He repeated that denial in subsequent media appearances last week.

But the weeks of relative silence prompted much hand-wringing among Democratic operatives, who worried Biden was letting the allegation overtake his campaign. Female voters remain a key voting bloc for the Democratic Party, and some expressed concern that the allegation could significantly undermine Biden’s support among women, particularly young women.

Biden is trying to move the focus back to policy and Trump's handling of the pandemic's fallout. In a Friday speech focused on the economy, Biden said Trump "utterly failed to prepare for this pandemic and delayed in taking the necessary steps to safeguard our nation."

The question is whether Trump will continue to hold back as the campaign intensifies. He has occasionally come close to giving Reade's accusation credence, including during a podcast interview this month with conservative commentator Dan Bongino.

Trump told Bongino that Reade's accusation was "credible" even as he said it would be a "great thing" if Biden had records he could use to "dispose" of the allegation.

"If it’s not true, you deny it. I’ve been a total victim of this nonsense," he said.