Tornado Survivor on Search for the Missing: ‘Not Knowing Is Worse Than Knowing'

In the aftermath of the tornado that roared through the western Kentucky darkness early Saturday morning, the chances for good news seemed to diminish by the hour

Autumn Kirks said she and her boyfriend, Lannis Ward, had been dating for about a year and were saving money to buy a house. They were both working the night shift at the candle factory for extra money when the tornado struck.

Then Ward, described by Kirks as “a big teddy bear," disappeared — and all she could do was wait.

“Not knowing is worse than knowing right now," she said early Sunday as she stood outside His House Ministries, a nondescript prefabricated building on the edge of Mayfield where people have been told to go to wait for word about the missing. 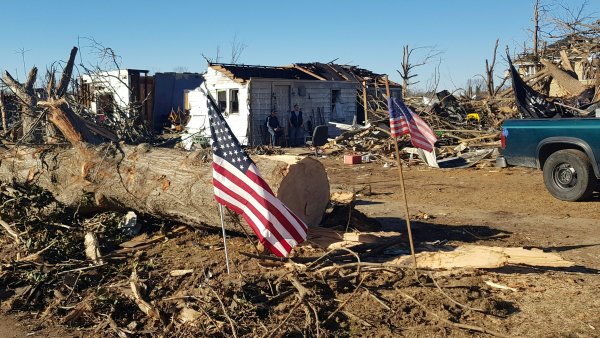 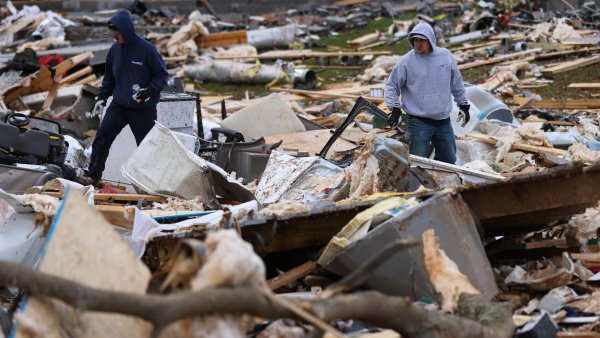 Later in the day, she got the terrible news — that Ward had been killed in the storm.

In the aftermath of the massive tornado that roared through the western Kentucky darkness early Saturday morning, the chances for good news seem to diminish by the hour.

An unusual mid-December swarm of twisters across the Midwest and the South leveled entire communities and left dozens dead in five states. The death toll is expected to go higher in Kentucky.

In the terrible moments before the storm hit, Kirks had moved to a hallway in the innermost part of the building that housed Mayfield Consumer Products, where employees were working the night shift to crank out Christmas candles.

“They said, ‘Duck and cover,″ she recalled. “I pulled my safety goggles down, jumped under the closest thing, and seconds later I looked to my left and instead of wall there was sky and lightning and just destruction everywhere.”

The closest thing was a row of metal stands with nets across the top, used to store wax and fragrance buckets. Kirks said she and some other employees moved the buckets and took cover under the stands. She tried to keep an eye on Ward, but she is a team leader and had to make sure other co-workers were safe.

“I remember taking my eyes off of him for a second, and then he was gone," she said.

An eerie silence preceded the storm, Kirks said, “and then all of a sudden you hear just crumbling, and it’s like the whole world is just falling down around you.”

Kirks said she and three co-workers were trapped under a concrete wall, but that a co-worker lifted the wall to rescue them.

“I still wish I knew who it was that lifted that wall off of us,” she said. “He was our superman that night.”

Another woman entered the building weeping. To help those struggling to cope, a state trooper came in with teddy bears. A golden retriever was there to offer pet therapy.

Autumn Kirks brought a photo of her boyfriend to the recovery center and described his tattoo, scars and other features. She said the authorities asked her to bring back a glass or bath sponge or something that might have his DNA on it to potentially help identify him later.

She was headed home to look for something that would work.