Inside the Thai Cave Rescue: ‘We Were Fully Expecting Casualties'

Falling oxygen levels, risk of sickness and the imminent prospect of more rain flooding the cave complex for months meant the boys' long-term survivability in the cave was less feasible

The Thai boys saved from a flooded cave endured dives in zero visibility lasting up to half an hour and in places were put in a harness and high-lined across rocky caverns, said two members of the U.S. contingent that was part of the unprecedented operation.

The operation was very risky and came as planners realized they didn't have the luxury of waiting for better conditions as oxygen levels in the cave fell, said Air Force Maj. Charles Hodges, U.S. mission commander inside the cave for the last three days of the rescue.

"We were fully expecting casualties. The multi-national effort though absolutely knocked it out of the park," Hodges said on the "Today" show.

Air Force rescue specialist Derek Anderson said the dozen boys, ranging in age from 11 to 16, and their coach, who were trapped for more than two weeks, were "incredibly resilient."

Anderson called the boys heroes in the "Today" interview.

The complicated operation to bring the boys out of the cave in Chang Rai province began on Sunday, when four were extracted. Four more were brought out on Monday, and the operation ended Tuesday with the rescue of the last four boys and their 25-year-old coach. 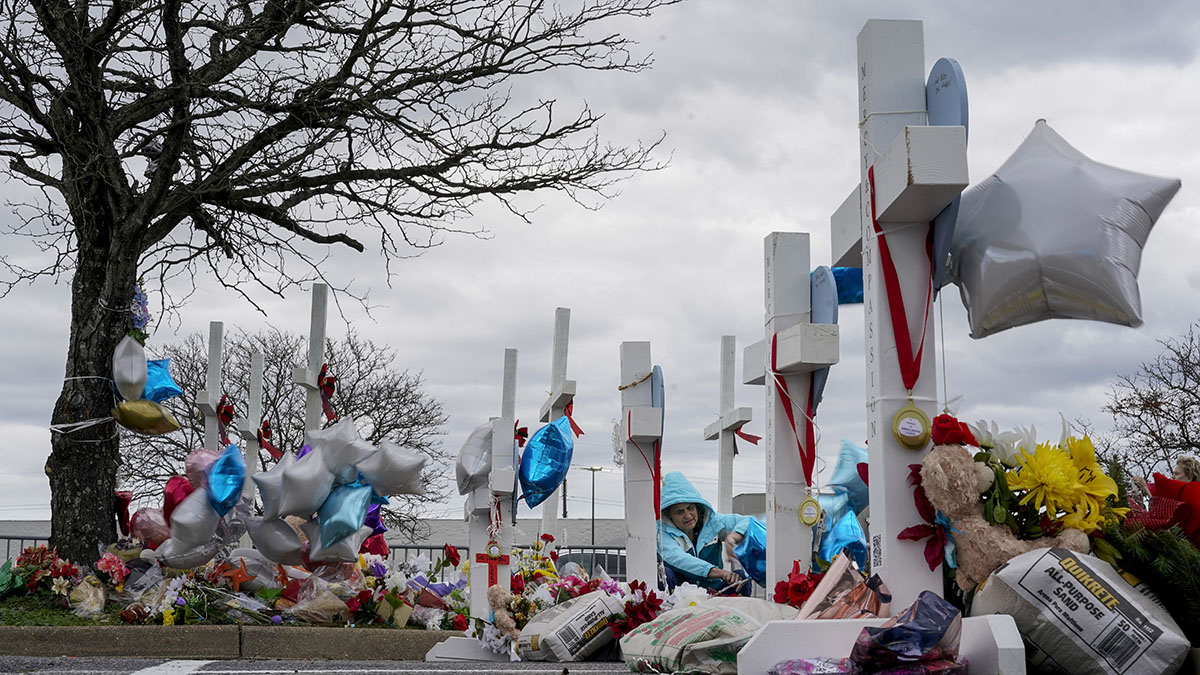 Crime and Courts 52 mins ago 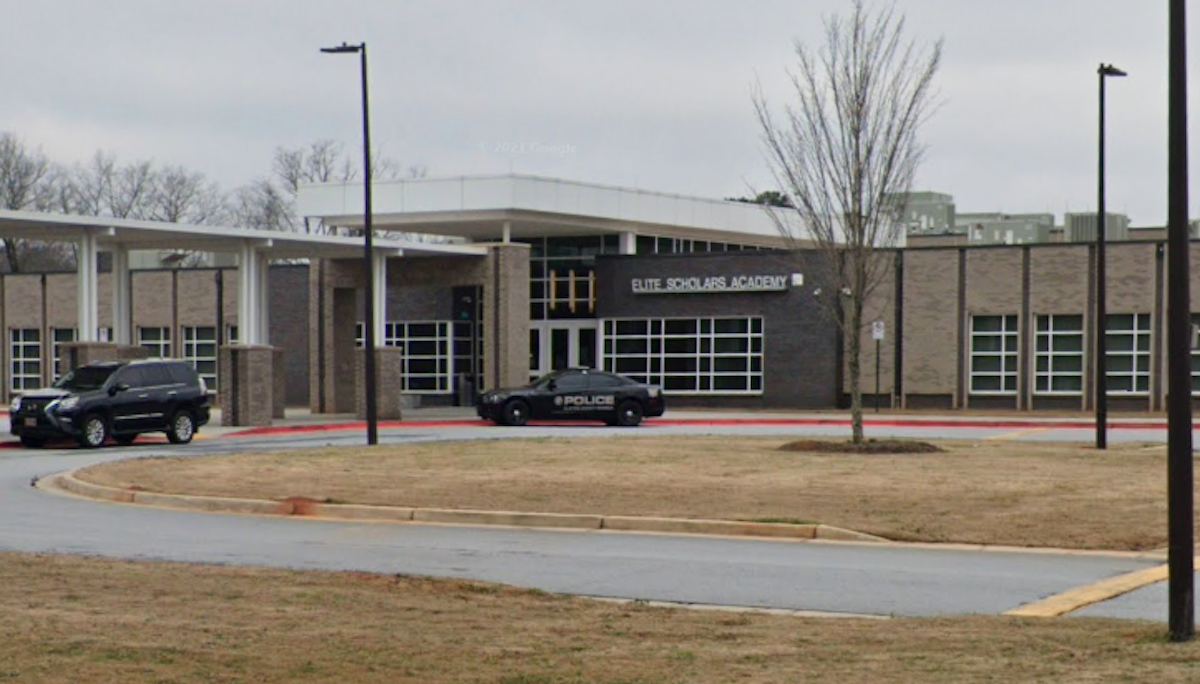 The 18-day ordeal riveted much of the world — from the awful news that the 13 were missing, to the first flickering video of the huddle of anxious yet smiling boys when they were found by a pair of British divers nearly 10 days later.

The group had entered the sprawling Tham Luang cave in northern Thailand to go exploring after soccer practice on June 23, but monsoon rains filled the tight passageways, blocking their escape, and pushing them deeper inside in search of a refuge.

The scale of the challenge confronting rescuers from Thailand, Britain, Australia and other countries only truly dawned on the U.S. team after it arrived at the cave in the early hours of June 28 as rain poured down on the region. Thailand's government had requested U.S. assistance.

"The cave was dry when we arrived, and within an hour and half it had already filled up by 2 to 3 feet and we were being pushed out," said Anderson, the son of missionaries, who was born in Syracuse, New York, and grew up in Ecuador.

"That was just in the very beginning of the cave and at that point we realized this problem is going to be much more complex than we thought," he said.

Thailand's decision to dive the boys out despite their weak condition and lack of diving experience was made when a window of opportunity was provided by relatively mild weather. A massive operation to pump water out also meant air pockets were created at crucial points of the cave, making a rescue possible.

Falling oxygen levels, risk of sickness and the imminent prospect of more rain flooding the cave complex for months meant "the long-term survivability of the boys in the cave was becoming a less and less feasible option," Anderson said.

But there was still an extremely high risk with the operation they settled on, Hodges told the "Today" show.

"When you look at, historically, anyone ever doing this, there's no precedent that's been set," Hodges said. "We looked at this and we thought this has a very low probability of success and I felt like I was being optimistic when I told the governor of Chang Rai when he asked that, in my mind, the potential chance of success was 60 or 70 percent."

Divers practiced their rescue techniques in a swimming pool with local children about the same height and weight as the members of the Wild Boars soccer team trapped in the cave.

The aim, Anderson said, was to make each of the boys "tightly packaged" so divers could keep control of them and adjust their air supply as needed. The process lasted hours for each boy, and involved them getting through long passageways barely bigger than an adult body.

Buoyancy compensators that establish neutral buoyancy underwater, hooded wetsuits, bungee cords and special face masks were carried by divers to the cramped patch of dry elevated ground where the boys were huddled.

The positive pressure masks were "really crucial," Anderson said. Their use meant that even if a boy panicked — perhaps because of getting snagged in a narrow passage — and got water inside his mask, the pressure would expel it.

Initial attempts to locate the boys were twice unsuccessful because the force of cold hypothermia-inducing floodwaters rushing into narrow passages made them unpassable. Even as conditions improved, and divers began laying life-saving rope guidelines through the cave, it was perilous.

"In this type of cave diving, you have to lay line, rope, that's your lifeline. You have to ensure when you go in you have a way out," Anderson said. "They were making progress, but it was very little progress and they were exhausting themselves spending maybe five or six hours and covering 40 or 50 meters (yards)."

There were about a hundred people inside the cave for each rescue operation, Anderson said, and each boy was handled by dozens of people as their perilous movement through a total of nine chambers unfolded.

In some phases they were guided by two divers. In some narrow passages they were connected to only one diver. In caverns with air pockets they were "floated" through with the support of four rescuers. Some sections were completely dry but treacherously rocky or deep.

"We had to set up rope systems and high-lines to be able to safely put them in a harness and bring them across large open areas so they wouldn't have to go all the way down," Anderson said.

Cylinders placed at locations throughout the cave for replenishing the boys' air supply were "jammed" with 80 percent oxygen instead of regular air because "that would plus up their oxygen saturation levels and that would be really good for them, their mental state," he said.

"The world just needs to know that what was accomplished was a once-in-a-lifetime rescue that I think has never been done before," Anderson said. "We were extremely fortunate that the outcome was the way it was. It's important to realize how complex and how many pieces of this puzzle had to come together."

"If you lose your cool in an environment like that, there is a lot of bad repercussions," he said.