Ukraine’s leader decried Russia's escalation of attacks on crowded cities as a blatant terror campaign, while U.S. President Joe Biden warned that if the Russian leader didn't “pay a price” for the invasion, the aggression wouldn’t stop with one country.

“Nobody will forgive. Nobody will forget,” Ukraine’s President Volodymyr Zelenskyy vowed after Tuesday's bloodshed on the central square in Kharkiv, the country’s second-largest city, and the deadly bombing of a TV tower in the capital. He called the attack on the square “frank, undisguised terror” and a war crime.

Biden used his first State of the Union address to highlight the resolve of a reinvigorated Western alliance that has worked to rearm the Ukrainian military and adopt tough sanctions, which he said have left Russian President Vladimir Putin ”isolated in the world more than he has ever been.”

“Throughout our history we’ve learned this lesson — when dictators do not pay a price for their aggression, they cause more chaos,” Biden said. “They keep moving. And the costs and threats to America and the world keep rising.”

As Biden spoke, a 40-mile (64-kilometer) convoy of hundreds of Russian tanks and other vehicles advanced slowly on Kyiv, the capital city of nearly 3 million people, in what the West feared was a bid by Putin to topple the government and install a Kremlin-friendly regime.

The invading forces also pressed their assault on other towns and cities, including the strategic ports of Odesa and Mariupol in the south. 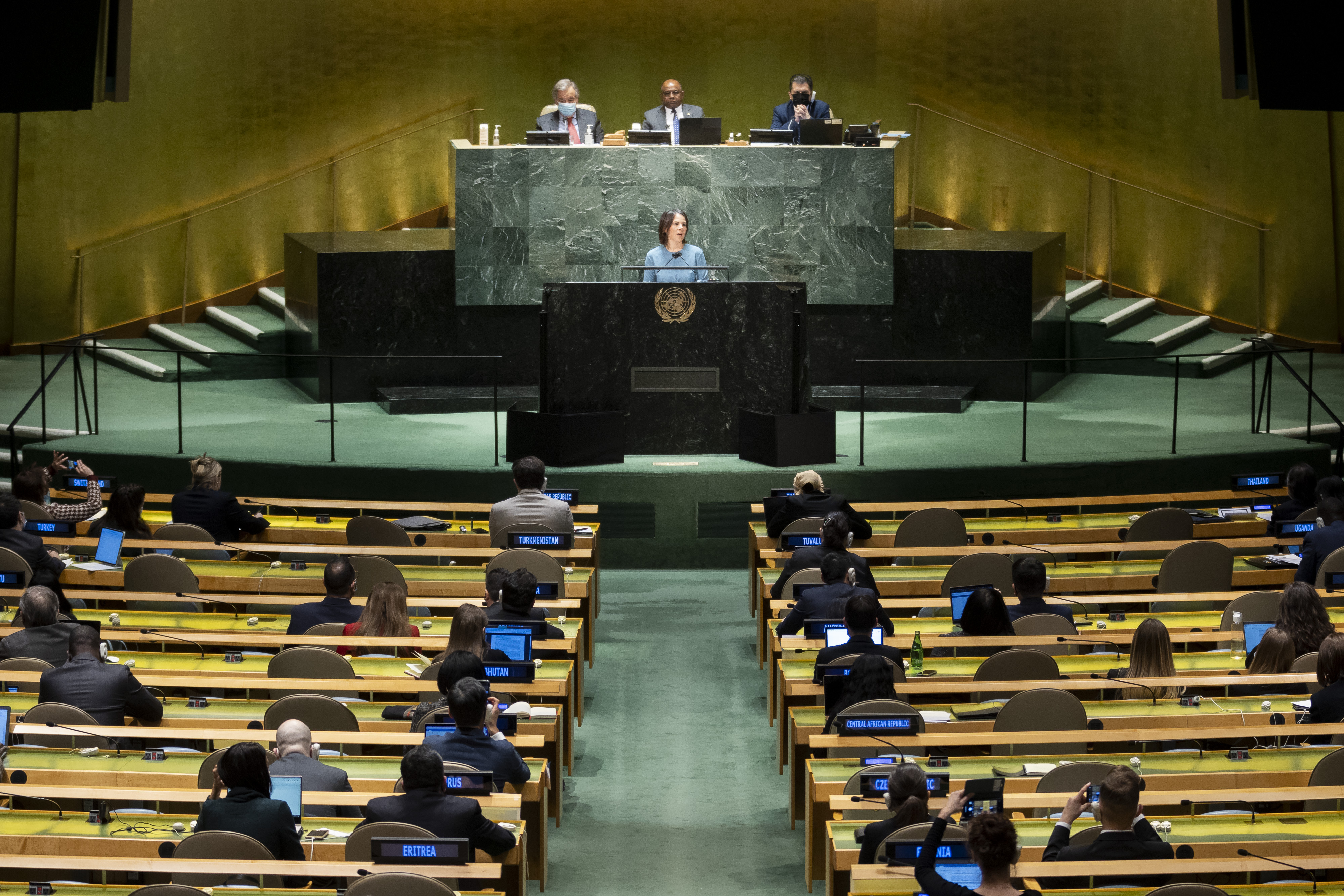 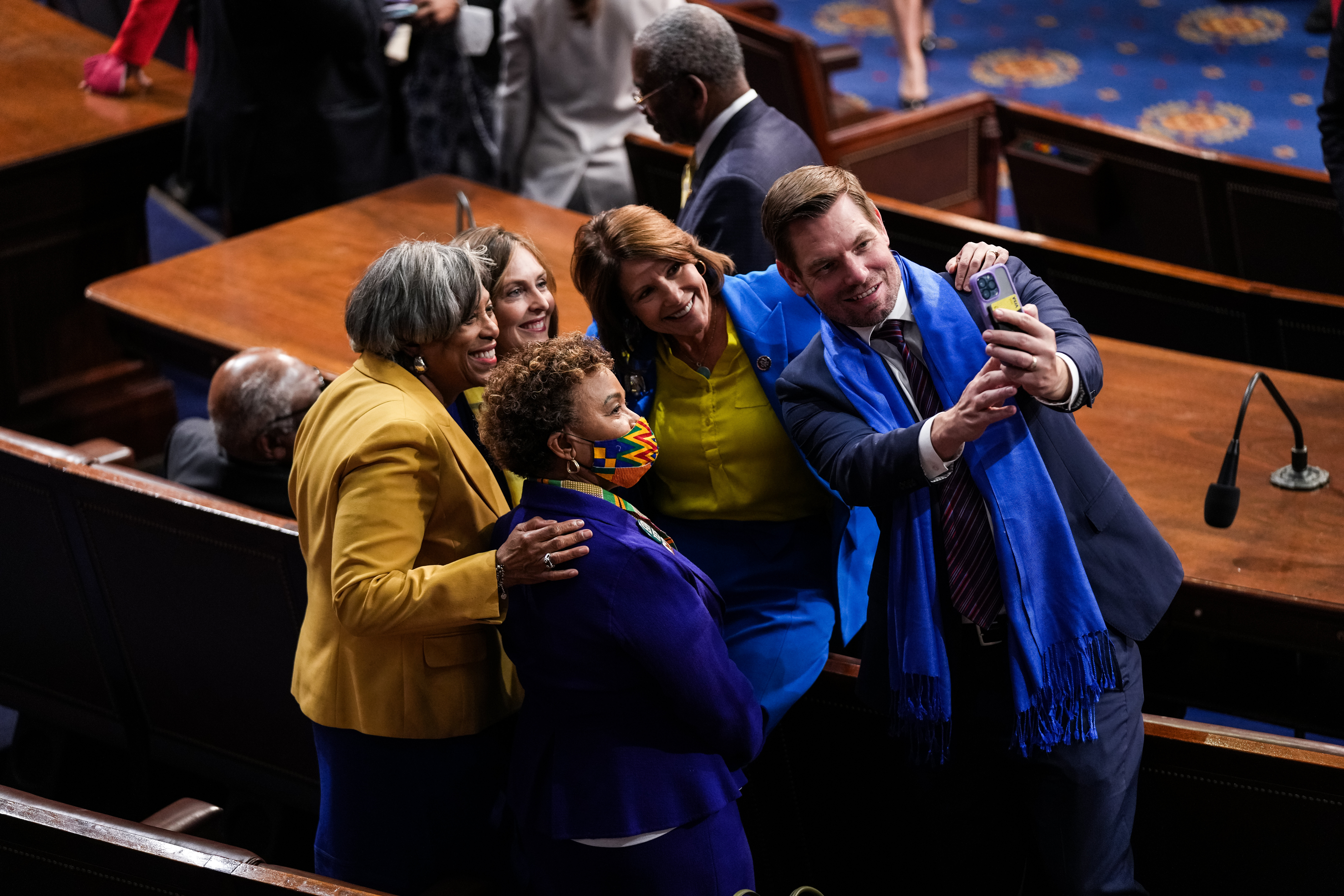 As the seventh day of the war dawned Wednesday, Russia found itself increasingly isolated, beset by the sanctions that have thrown its economy into turmoil and left the country practically friendless, apart from a few nations like China, Belarus and North Korea. Leading Russian bank Sberbank announced Wednesday that it is pulling out of European markets amid the tightening Western sanctions.

As fighting raged, the humanitarian situation worsened. Roughly 660,000 people have fled Ukraine, and countless others have taken shelter underground.

The death toll was less clear, with neither Russia nor Ukraine releasing the number of troops lost. The U.N. human rights office said it has recorded 136 civilian deaths, though the actual toll is surely far higher.

One senior Western intelligence official estimated that 5,000 Russian soldiers had been captured or killed in the biggest ground war in Europe since World War II.

Many military experts worry that Russia may be shifting tactics. Moscow’s strategy in Chechnya and Syria was to use artillery and air bombardments to pulverize cities and crush fighters’ resolve.

Britain’s Defense Ministry said it had seen an increase in Russian air and artillery strikes on populated urban areas over the past two days. It also said Kharkiv and Mariupol were encircled by Russian forces and that troops had reportedly moved into the center of a third city, Kherson. Russia's Defense Ministry said it had seized Kherson, though the claim could not be confirmed.

Ukrainian authorities said five people were killed in the attack on the TV tower near central Kyiv. A TV control room and power substation were hit, and at least some Ukrainian channels briefly stopped broadcasting, officials said.

Ukrainian-born Rep. Victoria Spartz, R-Indiana, gave an impassioned plea on Tuesday for the White House to do more to stop Russia’s attacks on Ukraine. “They’re slaughtering them like animals,” Spartz said. “This is not a war. This is a genocide of the Ukrainian people by a crazy man.”

Zelenskyy’s office reported that the site of the Babi Yar Holocaust memorial, which is adjacent to the TV tower, was also hit. A spokesman for the memorial said a Jewish cemetery at the site, where Nazi occupiers killed more than 33,000 Jews over two days in 1941, was damaged, but the extent would not be clear until daylight.

Zelenskyy expressed outrage Wednesday at the attack on Babi Yar and concern that other historically significant and religious sites, such as St. Sophia’s Cathedral, could be targeted.

“This is beyond humanity. Such missile strike means that for many Russians our Kyiv is absolutely foreign," Zelenskyy said in a speech posted on Facebook. “They have orders to erase our history, our country and all of us.”

Russia previously told people living near transmission facilities used by Ukraine’s intelligence agency to leave their homes. But Russian Defense Ministry spokesman Igor Konashenkov claimed Wednesday that the airstrike on the TV tower did not hit any residential buildings. He did not address the reported deaths or the damage to Babi Yar.

In Kharkiv, with a population of about 1.5 million, at least six people were killed when the region's administrative building on Freedom Square was hit with what was believed to be a missile. The Slovenian Foreign Ministry said its consulate in Kharkiv, located in another large building on the square, was destroyed.

The attack on the square — the nucleus of public life in the city — was seen by many Ukrainians as brazen evidence that the Russian invasion wasn’t just about hitting military targets but also about breaking their spirit.

The bombardment blew out windows and walls of buildings that ring the square, which was piled high with debris and dust. Inside one building, chunks of plaster were scattered, and doors lay across hallways.

Another Russian airstrike hit a residential area in the city of Zhytomyr. Ukraine’s emergency services said Tuesday's strike killed at least two people, burned three homes and broke the windows in a nearby hospital. About 85 miles (140 kilometers) west of Kyiv, Zhytomyr is the home of the elite 95th Air Assault Brigade, which may have been the intended target.

In the southern port city of Mariupol, the mayor said the attacks were relentless.

“They have been flattening us non-stop for 12 hours now,” Mariupol Mayor Vadym Boychenko was quoted by the Interfax news agency as saying. “We cannot even take the wounded from the streets, from houses and apartments today, since the shelling does not stop.”

Boychenko referred to Russia's actions as a “genocide” — using the same word that Putin has used to justify the invasion.

Zelenskyy has mocked Russia’s claim that it is going after only military targets, noting that 16 children were killed on Monday.

“Where are the children? What kind of military factories do they work at?" Zelenskyy said.

Human Rights Watch said it documented a cluster bomb attack outside a hospital in Ukraine’s east in recent days. Residents also reported the use of such weapons in Kharkiv and Kiyanka village. The Kremlin denied using cluster bombs.

Cluster bombs shoot smaller “bomblets” over a large area, many of which fail to explode until long after they’ve been dropped. If their use is confirmed, that would represent a new level of brutality in the war.

The first talks between Russia and Ukraine since the invasion were held Monday, but ended with only an agreement to talk again. On Tuesday, Zelenskyy said Russia should stop bombing first.

Instead, Moscow made new threats of escalation Tuesday, days after raising the specter of nuclear war. A top Kremlin official warned that the West's “economic war” against Russia could turn into a “real one.”

Inside Russia, a top radio station critical of the Kremlin was taken off the air after authorities threatened to shut it down over its coverage of the invasion. Among other things, the Kremlin is not allowing the fighting to be referred to as an “invasion” or “war.”

Ukraine’s Defense Ministry said it had evidence that Belarus, a Russian ally, is preparing to send troops into Ukraine. A ministry statement posted early Wednesday on Facebook said the Belarusian troops have been brought into combat readiness and are concentrated close to Ukraine’s northern border. Belarusian President Alexander Lukashenko has said his country has no plans to join the fight.

A senior U.S. defense official said that Russia's military progress — including by the massive convoy — has slowed, plagued by logistical and supply problems. Some Russian military columns have run out of gas and food, the official said, and morale has suffered as a result.

Overall, the Russian military has been stalled by fierce resistance on the ground and a surprising inability to completely dominate Ukraine’s airspace.

The immense convoy, with vehicles packed together along narrow roads, would seemingly be “a big fat target” for Ukrainian forces, the senior Western intelligence official said on condition of anonymity. But it also showed Russia was comfortable that they wouldn't come attack by air, rocket or missile, the official said.

Isachenkov and Litvinova reported from Moscow; Karmanau reported from Lviv, Ukraine. Mstyslav Chernov in Mariupol, Ukraine; Sergei Grits in Odesa, Ukraine; Robert Burns, Zeke Miller and Eric Tucker in Washington; Francesca Ebel, Josef Federman and Andrew Drake in Kyiv; Lorne Cook in Brussels; and other AP journalists from around the world contributed to this report.