Russia Accused of Using Cluster and Vacuum Bombs in Ukraine. What Are They?

Rights groups and observers say Russia is using "cluster munitions" and "vacuum bombs" in its invasion of Ukraine, a charge Moscow denies. If confirmed, deployment of the weapons, especially in crowded civilian areas, would usher in new humanitarian concerns in the conflict, Europe’s largest ground war in generations.

Proponents of banning cluster bombs say they kill indiscriminately and endanger civilians long after their use. From Syria and Yemen to the Balkans, Afghanistan and Southeast Asia, unexploded ordnance from cluster bombs continues to kill and maim people years or even decades after the munitions were fired.

Ukraine's ambassador to the United States, Oksana Markarova, told reporters after a meeting with members of Congress on Monday that Russia has used a "vacuum bomb," or thermobaric weapon, NBC News reports. Markarova didn't say where or when the fuel-air explosive was used, nor did she provide evidence to support the claim.

Asked about the allegation during a White House briefing, press secretary Jen Psaki said she had seen the reports but did not have confirmation that Russia had deployed such weapons. Psaki added that if it's true, "it would potentially be a war crime."

Here is a closer look at the weapons and why its use sparks particular concern:

WHAT IS A CLUSTER BOMB?

Cluster bombs are weapons that open in the air, releasing submunitions, or “bomblets,” that are dispersed over a large area, intended to wreak destruction on multiple targets at once. Cluster bombs can be delivered by planes, artillery and missiles, according to the International Committee of the Red Cross. 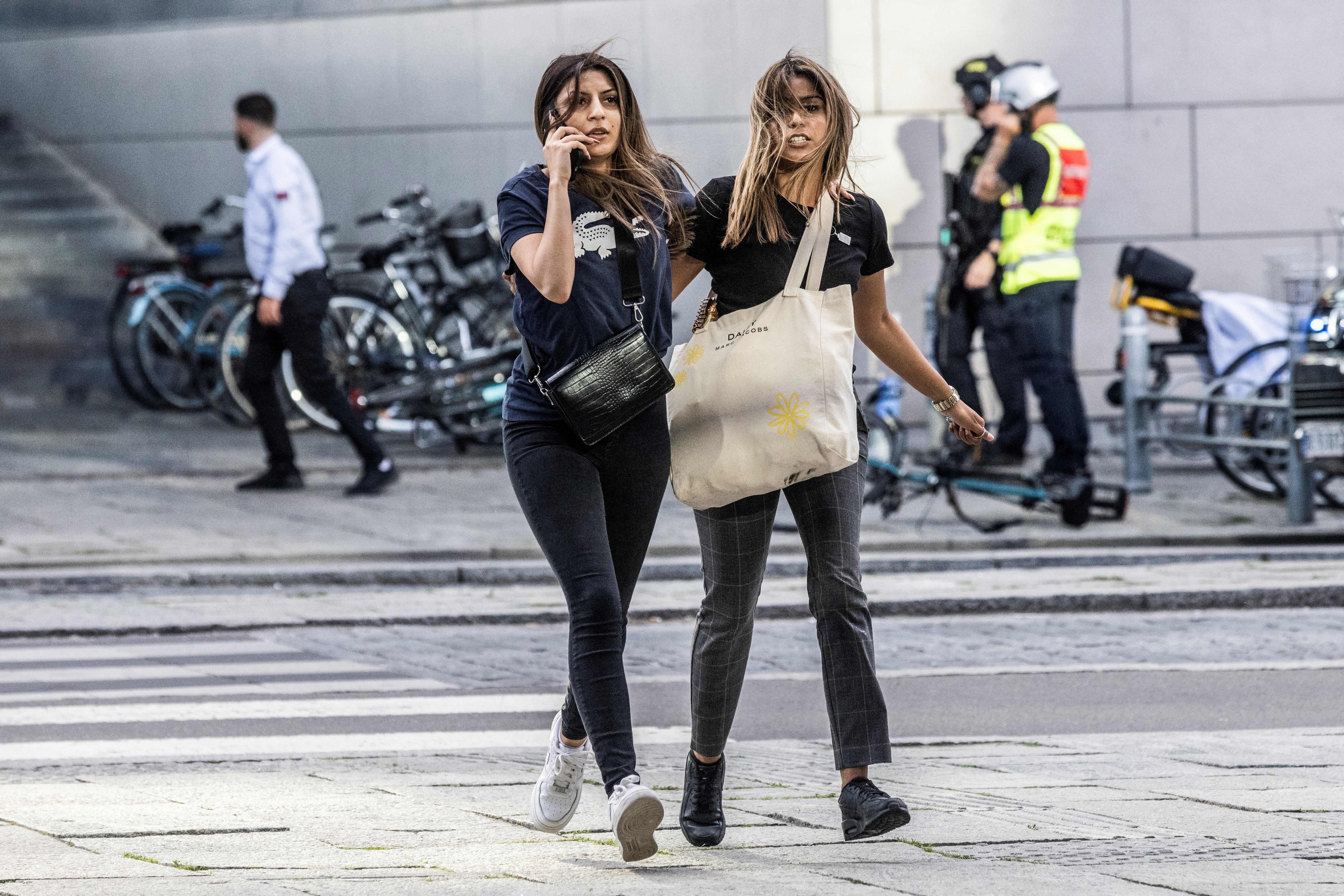 Beyond the initial harm caused by the munitions upon impact, bomblets have a high rate of failure to explode, up to 40% in some recent conflicts, according to the ICRC.

WHAT IS A VACUUM OR THERMOBARIC BOMB?

Vacuum bombs, also known as thermobaric or fuel-air weapons, is a two-stage explosive device that uses oxygen in the air to trigger a larger and longer-lasting blast.

According to Human Rights Watch, the first stage spreads the fuel in a cloud of aerosols "around objects and into structures" as it draws oxygen from the air. It then detonates the cloud, creating a fireball, and blast wave capable of destroying "unreinforced buildings and equipment" as well as killing and injuring people.

These fuel-air explosives were first developed by the U.S. and used in Vietnam. Soviet scientists used the technology to create their own vacuum bombs, and reportedly used them against China in a 1969 border conflict and in the 1999 Chechnya conflict. The U.S. also used the fuel-air explosive on the Islamic State, dropping the "mother of all bombs" on caves in Afghanistan in 2017.

HAVE CLUSTER MUNITIONS AND VACUUM BOMBS BEEN USED IN UKRAINE?

He pointed to at least two instances: a missile attack that hit outside a hospital in the town of Vuhledar on the first day of the invasion last week. and another Monday on Ukraine's second largest city, Kharkiv, with a population of 1.4 million.

Hiznay retweeted photos of what he said was unexploded 9N235 cluster submunitions scattered around in Kharkiv. Human Rights Watch said four people were killed in the Vuhledar strike.

Rights groups have said three people were killed after Russian cluster bombs hit near a pre-school in the northeastern city of Okhtyrka. The open-source intelligence group Bellingcat says that its researchers found cluster munitions in that strike as well as multiple cluster attacks in Kharkiv.

“Their use suggests the Russians are trying to break morale, inflict terror on the on the civilian population and the defenders in order to try and force a negotiation or just retreat,” he said.

While concerns have risen over the use of vacuum bombs after Ukraine's ambassador to the U.S. reported it had been deployed during the invasion, it use has yet to be confirmed.

A senior defense official told NBC News that Russia has launcher systems in Ukraine that could be used for a thermobaric weapon, but the U.S cannot confirm the presence of those weapons or their use.

Last week, Amnesty International also accused Russia of using the bomb in an attack on a preschool in northeastern Ukraine while civilians were taking shelter inside.

A video on social media shows the destruction of a clothing factory in Kharkiv, Ukraine.

IS USING THEM A WAR CRIME?

Use of cluster and vacuum bombs themselves don't violate international law, but using them against civilians can be a violation. As in any strike, determining a war crime requires looking at whether the target was legitimate and if precautions were taken to avoid civilian casualties.

“The part of international law where this starts playing (a role), though is indiscriminate attacks targeting civilians,” Human Rights Watch’s associate arms director Mark Hiznay told The Associated Press. “So that’s not necessarily related to the weapons, but the way the weapons are used.”

A convention banning the use of cluster bombs has been joined by more than 120 countries who agreed not to use, produce, transfer or stockpile the weapons and to clear them after they’ve been used.

Russia and Ukraine have not joined that convention. Neither has the United States.

WHERE ELSE HAVE CLUSTER BOMBS BEEN USED?

The bombs have been deployed in many recent conflicts.

Israel has used cluster bombs in civilian areas in south Lebanon, including during the 1982 invasion that saw Israeli troops reach the capital Beirut.

During the monthlong 2006 war with Hezbollah, Human Rights Watch and the United Nations accused Israel of firing as many as 4 million cluster munitions into Lebanon. That has left unexploded ordnance that threatens Lebanese civilians to this day.

The Saudi-led coalition in Yemen has been criticized for its use of cluster bombs in the war with the Iran-backed Houthi rebels that has ravaged the southern Arabian country.

In 2017, Yemen was the second deadliest country for cluster munitions after Syria, according to the U.N. Children have been killed or maimed long after the munitions originally fell, making it difficult to know the true toll.

The U.S. Defense Department had been due by 2019 to stop use of any cluster munitions with a rate of unexploded ordnance greater than 1%. But the Trump Administration rolled back that policy, allowing commanders to approve use of such munitions.

Cluster munitions were also used in the Balkan wars in the 1990s. In the 1980s the Russians made heavy use of cluster bombs during its 10-year invasion of Afghanistan. As a result of decades of war, the Afghan countryside remains one of the heaviest mined countries in the world.