Halladay's plane went down just after noon in the Gulf of Mexico near Tampa, Florida.

Legendary Philadelphia Phillies pitcher Roy Halladay has died in a plane crash, according to officials. He was 40.

Halladay's ICON A5 plane went down just after noon in the Gulf of Mexico near Tampa, Florida, on Tuesday. It landed upside down in shallow water about a quarter mile west of Ben Pilot Point in New Port Richey, Florida, the Pasco County Sheriff's Office said.

No Mayday calls were made to Tampa Air Traffic Control and the 911 call came in at 12:06 p.m., officials said.

The sheriff's office marine unit along with Pasco Fire Rescue and the Coast Guard responded to the downed plane and found Halladay's body. No one else was on board the plane.

"We recovered one body," Pasco County Sheriff Chris Nocco announced late Tuesday afternoon. "It's a two-passenger plane but I can confirm that only one body is involved. And it's sad to say it's a friend of ours. It's Roy Halladay." 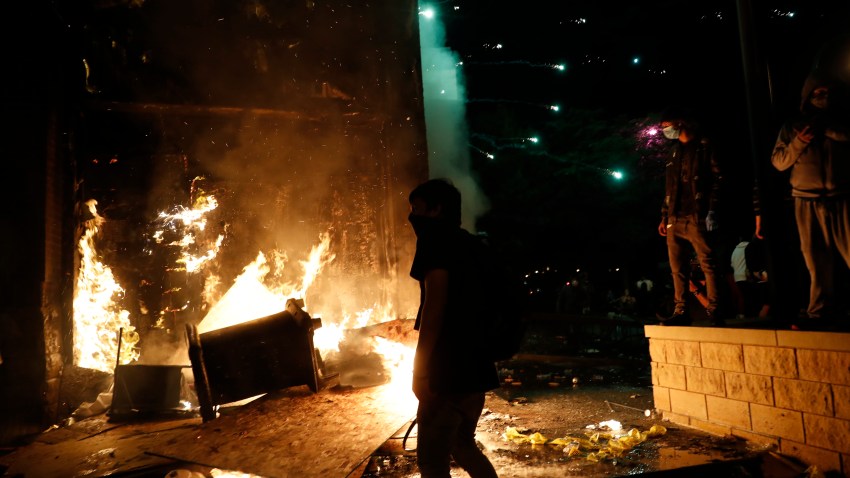 Police haven't revealed where the plane was headed. The National Transportation Safety Board (NTSB) is investigating the crash.

The ICON A5 is a two-person, single engine amphibian plane.

Since retiring to Florida with his wife and two children, Halladay had picked up flying as a hobby, posting just last month about his joy of buying an ICON A5 aircraft.

ICON aircraft had posted a video with Halladay trying out the ICON A5.

In the video, Halladay said the terms of his baseball contract prevented him from having a pilot's license while playing, and that his wife was originally against the idea of him getting the aircraft.

"Hard. I fought hard. I was very against it,'' Brandy Halladay said in the same video, before explaining why she eventually understood and approved of her husband's desire to have the plane.

Halladay had donated money to purchase a K9 for the Pasco County Sheriff's Office.

"We are grateful and blessed to have known this incredible friend," the Pasco County Sheriff's Office said in a statement. "Our thoughts and prayers are with Roy's family."

MLB Commissioner Robert Manfred called Halladay a “well-respected figure” and “fierce competitor during his 16-year career” in a statement expressing his sadness and condolences to Halladay’s family.

Halladay, known as "Doc," pitched four seasons with the Phillies before retiring after injuries cut short his 2013 season. He won the 2010 National League Cy Young Award and pitched a perfect game while winning 21 games in his first season with the Phillies. He went on to pitch a no-hitter against the Cincinnati Reds in the 2010 divisional series.

He started his career with the Toronto Blue Jays, winning the 2003 American League Cy Young Award, before he was traded to the Phillies ahead of the 2010 season.

"We are numb over the very tragic news about Roy Halladay’s untimely death," the Phillies said in a statement. "There are no words to describe the sadness that the entire Phillies family is feeling over the loss of one of the most respected human beings to ever play the game. It is with the heaviest of hearts that we pass along our condolences to Brandy, Ryan and Braden."

The Toronto Blue Jays also released a statement on Halladay, writing the organization is "overcome by grief with the tragic loss of one of the franchise’s greatest and most respected players, but even better human being."

Former Phillies pitcher and former teammate Cole Hamels spoke about the impact Halladay had on him during a press conference early Tuesday evening.

"He was a man of few words," Hamels said. "But you just sat back and you just watched him and you watched what he did. I have two boys of my own and I got to see what that meant to him every time he was able to bring them around the ball park. That was something that really did leave an impression and hopefully I'll be able to do what he was able to do for his boys."

Missing Attachment Former Phillies pitcher Cole Hamels fought back tears as he talked about his friend and former teammate Roy Halladay. The 40-year-old died Tuesday after his small plane crashed into the Gulf of Mexico.

News of Halladay's death led to many reactions from fans, former teammates, opponents, athletes from other sports, celebrities and politicians.