Pistorius, once a double-amputee track star who made history by running at the Olympics, became eligible for parole last year, eight years after killing his girlfriend in his home

South African former track star Oscar Pistorius has met with the father of Reeva Steenkamp, the woman he shot to death in 2013, as part of his parole process, the Steenkamp's family lawyer told The Associated Press on Friday.

Lawyer Tania Koen said in a text message that Pistorius and Barry Steenkamp met face-to-face on June 22 as part of what's known in South Africa as a victim-offender dialogue. It gives victims of crimes or their relatives a chance to meet with the offenders, if they choose to, before the offender can be eligible for parole. 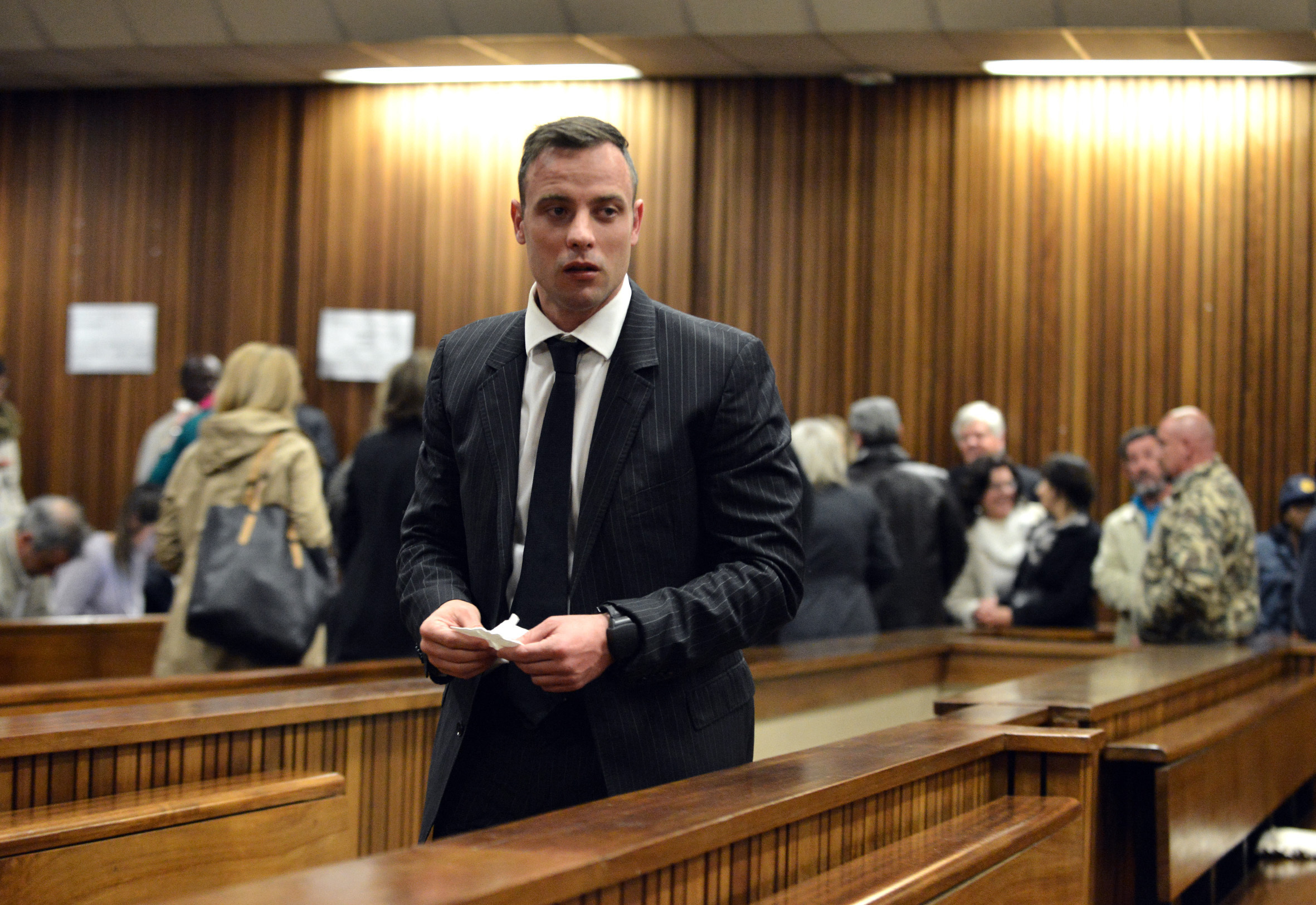 Pistorius Up for Parole, But He Must Meet Victim's Parents

Koen confirmed the meeting but declined to give any more details. She wrote in her message: “The dialogue is a private and confidential matter, hence we ask that our clients' privacy be respected.”

Pistorius, once a double-amputee track star who made history by running at the Olympics, became eligible for parole last year, eight years after killing his girlfriend in his home in the South African capital, Pretoria. Pistorius, who is now 35, was ultimately convicted of murder in 2015 after a long and dramatic trial and numerous appeals. He was sentenced to 13 years and five months in prison.

He has served most of his sentence at a prison in Pretoria but was moved to a facility in the southern city of Gqeberha, the Steenkamps' home town, ahead of the meeting with Barry Steenkamp.

A parole hearing for Pistorius was scheduled for last year but it was canceled because he hadn't yet met with Steenkamp's parents.

In South Africa, those convicted of a serious crime must serve at least half their sentence before they are eligible for parole. Pistorius had already served time in jail after being initially convicted of culpable homicide — a charge similar to manslaughter — before an appeal by prosecutors resulted in that being overturned and him being convicted of murder.

Pistorius must still attend a parole hearing, where department of corrections officials will decide if he should be released early. Pistorius’ lawyer, Julian Knight, said last year that he had been “a model prisoner” and met the requirements for parole.

Oscar Pistorius removed his prosthetic legs as part of his defense lawyer’s final remarks during sentencing hearing at the High Court in Pretoria on Wednesday. Barry Roux said that Oscar is “very embarrassed but he understands it is very important to do that.” Pistorius was convicted of murder by South Africa’s Supreme Court of Appeal for shooting girlfriend Reeva Steenkamp...

Pistorius was born with a congenital condition that led to both his legs being amputated below the knee when he was a baby. He became a multiple Paralympic sprinting champion running on carbon-fiber blades, and even qualified to compete against the world’s best able-bodied athletes at the 2012 London Olympics.

But his image as one of the most inspiring figures in sports was shattered when he shot the 29-year-old Steenkamp multiple times through a toilet door in his house in the early hours of Valentine’s Day 2013. He claimed he mistook her for a dangerous intruder but was convicted of a charge comparable to second-degree murder because he acted so recklessly by firing through the toilet door with his 9mm pistol.