The lawsuit, which was joined by 13 attorney generals -- including those for New Jersey and Connecticut -- as well as New York City, challenges a United States Department of Agriculture rule that would limit states’ ability to extend benefits from the Supplemental Nutrition Assistance Program (SNAP), commonly known as “food stamps,” beyond a three-month period for certain adults.

According to the lawsuit, the rule would deny access to food assistance for more than 50,000 people in New York City, and put tens of thousands more throughout New York State at risk of going hungry.

The lawsuit asserts that the rule directly undermines Congress’ intent for SNAP, and that the USDA violated the federal rulemaking process.

Additionally, the coalition argues that the rule would impose significant regulatory burdens on the states and harm states’ economies and residents. 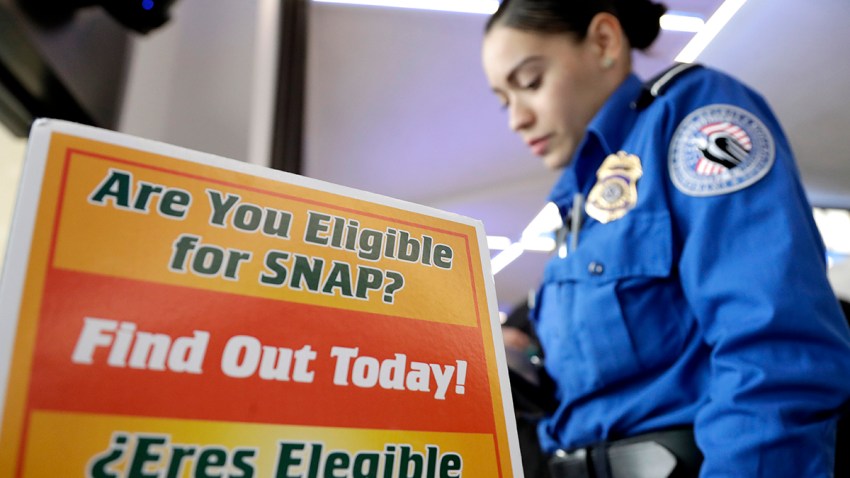 "The pilot projects also demonstrate that Congress did not believe, as USDA
asserts in the Rule, that more stringent work requirements will necessarily lead to more employment and self-sufficiency in all cases," the lawsuit states.

The coalition is urging the court to declare the rule unlawful and issue an injunction to prevent it from taking effect on April 1.

“The federal government’s latest assault on vulnerable individuals is cruel to its core,” James said in a statement. “Denying access to vital SNAP benefits would only push hundreds of thousands of already vulnerable Americans into greater economic uncertainty. In so doing, states will have to grapple with rising healthcare and homelessness costs that will result from this shortsighted and ill-conceived policy.”

Since 1977, the SNAP program provides access to food for millions of Americans with limited income with food insecurity. While the federal government pays the full cost of SNAP benefits, it shares the costs of administering the program on a 50-50 basis with the states, which operate the program.

Congress amended SNAP in 1996 to encourage greater workforce participation among beneficiaries. The changes introduced a three-month time limit on SNAP benefits for unemployed individuals aged 18 to 49 who are not disabled or raising children—"able-bodied adults without dependents” (ABAWDs).

However, the law allows a state to acquire a waiver of the ABAWD time limit for areas where the unemployment rate is above 10 percent, or if it presents data demonstrating that the area lacks sufficient jobs for ABAWDs, James' office explained.

Over the last 24 years, Congress has maintained the criteria for states to obtain waivers and to carry over unused exemptions. After President Donald Trump signed the 2018 Farm Bill into law, the USDA announced a proposed rule seeking changes almost identical to those Congress rejected.

"In the 2018 Farm Bill, Congress considered and explicitly rejected similar restrictions on State discretion, including the imposition of an unemployment floor and elimination of States’ ability to define the geographic scope of waivers. USDA circumvented Congress and incorporated rejected language into its Rule," the lawsuit claims.

In the lawsuit, the states collectively argue that the administration’s rule contradicts statutory language and Congress’ intent for the food-stamp program, raises healthcare and homelessness costs while lowering economic activity in the states, amends the law for arbitrary and capricious reasons and violates the federal rule-making process.

California, Massachusetts, Michigan, Minnesota, Nevada, Oregon, Pennsylvania, Rhode Island, Vermont and Virginia are the other states participating in the lawsuit.

News 4 New York reached out to USDA for comment. The department said it does not comment on pending litigation.