"I'm not biting my tongue," he wrote on Twitter

Hothead Chris Brown abandoned Twitter on Monday, days after using the social networking service to broadcast a hissy fit against stores that sell his music.

The embattled R&B artist who beat ex girlfriend Rihanna bloody earlier this year let loose a profanity-laced tirade against the music industry over the weekend after he visited a Wallingford, Conn., Walmart and discovered they weren't selling his latest album "Graffiti." 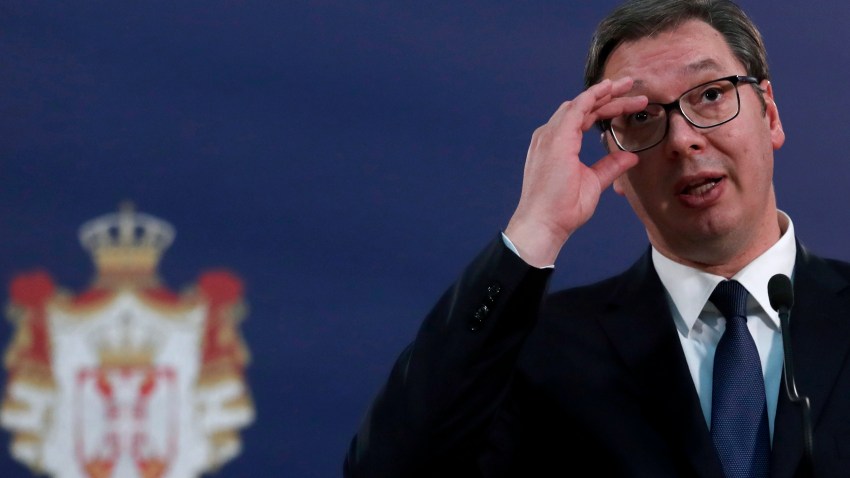 More Russian Weapons for Serbia Despite US Sanction Threats

"the industry can kiss my a--," he had written on his Twitter page.

Brown was tipped off by fans that the certain stores weren't selling his CD, according to the New York D aily News.

"They didn't even have my album in the back," Brown said. "not on shelves, saw for myself. the manager told me that when there are new releases its [sic] mandatory to put em on the shelves .. BUT NO SIGN OF GRAFFITI."

Sales of the album have been mediocre despite Brown's attempts to recast his image as a sympathetic character who is remorseful for his actions. The album hasn't sold more than 100,000 copies in its first week, according to the News.

Brown was arrested last February for assaulting songstress Rihanna during an argument that turned violent. He was sentenced to five years' probation and 180 days of community service.

The artist claims he never had any anger problems.

" I never ever had problems with anger. No, no domestic violence with any of my past girlfriends," Brown told ABC News' 20/20 earlier this month. "I never was that kind of person. ... I look at it, and it's really, like really difficult. It's like, 'How could I be that person?'"