Witnesses said the shooting may have been a drive-by

A 13-year-old boy was killed and at least six more people were wounded in a shooting on Chicago's West Side Friday, authorities said.

The shooting took place around 6 p.m. in the 700 block of South California Avenue near the intersection of Lexington Street and California Avenue, according to police spokesperson Veejay Zala.

Two people were taken in serious-to-critical condition to Mount Sinai Hospital, two others were transported to John H. Stroger Jr. Hospital of Cook County and one person was taken to Saint Anthony Hospital in good condition, fire officials said. 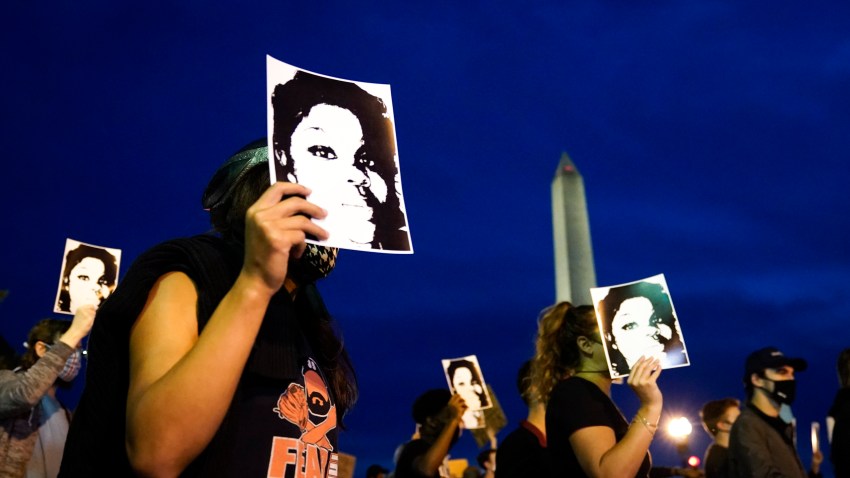 One person was pronounced dead at the scene, and another person refused treatment, authorities said.

Police, along with family and friends at the scene, said the victim killed in the shooting was a 13-year-old boy.

Antonijah and Antonisha Johnston watched in horror as they say their 13-year-old friend dropped to the ground. Like dominoes, six others followed.

"They had come out the store and they started shooting," said Antonijah Johnston. "I had thought it was fireworks."

Police said details on circumstances surrounding the shooting were not immediately available.

Witnesses said the shooting may have been a drive-by and that some of the victims were young teens, but police could not confirm their ages.

"Kids have no jobs," said area resident Larry Morris. "After school, they need jobs, something to do. More time they can be on these programs and stay off the street -- even people who are failures -- they deserve a second chance."

The shooting took place less than 2 miles from where an 11-year-old girl was fatally shot while at a sleepover with friends last weekend.

A prayer circle gathered near the scene of the shooting Friday night. Praying for change.