Much of Northern Yellowstone Park to Reopen Saturday

Yellowstone National Park is reopening its flood-damaged north loop at noon on Saturday, in time for the Fourth of July holiday weekend, park officials said Thursday.

The announcement means most of the park will be open again after June 13 flooding closed America's first national park and forced 10,000 visitors to leave as water, rocks and mud washed out roads and bridges.

“We’re pleased to reopen the north loop of Yellowstone to the visiting public less than three weeks after this major flood event,” said Superintendent Cam Sholly. “We have attempted to balance major recovery efforts while reopening as much of the park as possible. "

The north and northeast entrance gates at Gardiner and Cooke City remain closed and visitors cannot access the wildlife-rich Lamar Valley because flooding washed out roads in the area. Road repairs could take years, park officials have said, but they hope to have a temporary solution to travel between Tower-Roosevelt and the northeast entrance near Cooke City before winter, park spokesperson Morgan Warthin said.

Services available in the north loop will include general stores at Tower and Mammoth Hot Springs with gasoline at both locations. More services may be added as the season progresses.

A house in Gardiner, Mont., fell into the Yellowstone River as the area received heavy floods and mudslides.

The entire park was closed from June 14 to June 21 due to historic flooding that hit just as the summer tourist season was picking up in the park's 150th anniversary year.

The backcountry in the northern part of the park will remain closed due to hazardous conditions or damaged trails and bridges. Most of the park’s southern backcountry will be open to overnight use on Friday, officials said.

Visitors are urged to stay informed about park conditions by checking the park's website for updates about access and closures. 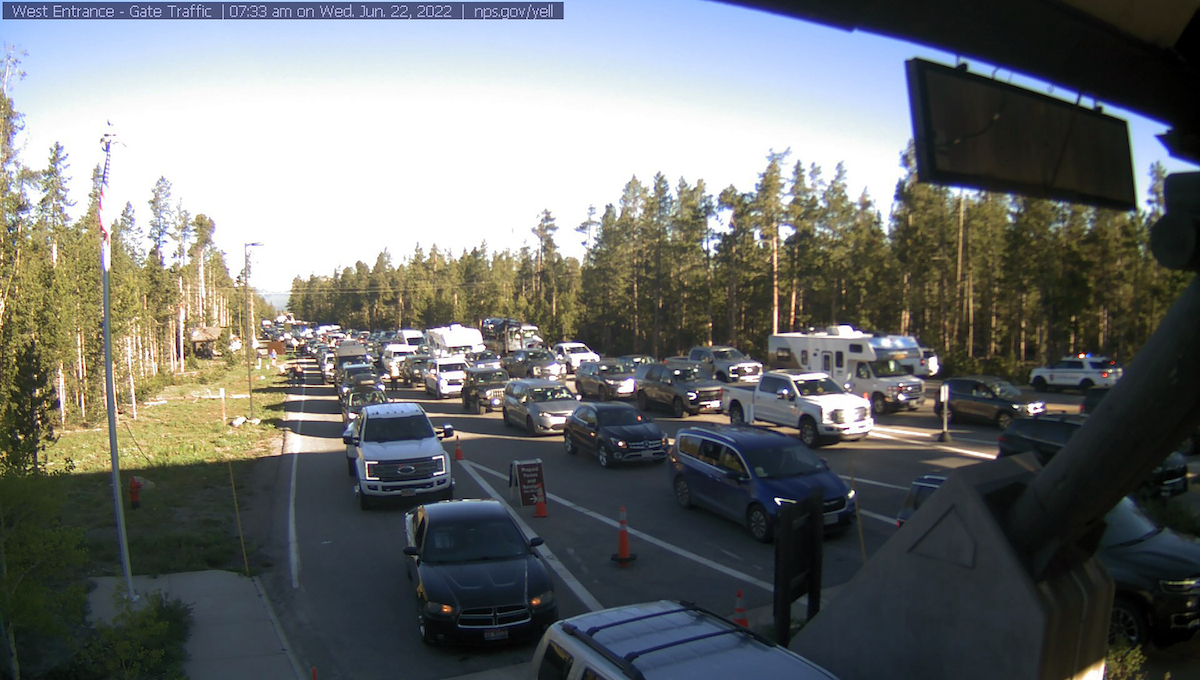