In public remarks and private warnings, McConnell worked to push ahead to the Biden era and unite a fractured Republican Party ahead of the runoff elections that will determine Senate control.

First, the Republican leader heaped praise on Trump's “endless” accomplishments as he congratulated President-elect Joe Biden during a morning Senate speech. Then he pivoted, privately warning Republican senators away from disputing the Electoral College tally when Congress convenes in a joint session Jan. 6 to confirm the results.

That fight would yield a “terrible vote” for Republicans, McConnell told the senators, according to two people granted anonymity to discuss the call, which was first reported by Politico. They would have to choose whether to back Trump or publicly buck him.

President-elect Joe Biden on Monday delivered remarks following the Electoral College’s certification of his victory over President Donald Trump. He commented on Trump’s efforts to overturn the election results. “It is my sincere hope that we never again see anyone subjected to the kinds of threats and abuse we saw in this election,” Biden said.

Republicans are worried about bad effects on the Jan. 5 Georgia runoff election, where two incumbent Republican senators, David Perdue and Kelly Loeffler, face Democratic challengers Jon Ossoff and Raphael Warnock in a state that flipped in November for Biden.

McConnell has been a strong supporter of most Trump efforts. But the turn of events six weeks after Election Day showed the Kentucky senator, backed by his leadership team, seeking to normalize relations with the coming Biden presidency while avoiding the spectacle of pitched floor fight that would divide the party as Trump reluctantly leaves office.

“I want to congratulate President-elect Joe Biden,” McConnell said as he opened the Senate.

“Many of us had hoped the presidential election would yield a different result,” he said. “But our system of government has the processes to determine who will be sworn in on Jan. 20. The Electoral College has spoken.”

Biden told reporters that he called to thank McConnell for the remarks and the two had a “good conversation.” As he departed to campaign in Georgia, he said he told McConnell there are "things we can work together on.”

Electoral College members across the country cast their votes Monday to officially declare Joe Biden the winner of the 2020 presidential election.

The Senate leader's sprint into action after weeks of silence followed other leading Republicans who spoke up the after the Electoral College voted late Monday. They finally said aloud what many Republicans had been signaling privately — that Biden is the winner of the presidential election, and they are essentially abandoning Trump's election attacks.

From there, the floodgates opened. Several GOP senators confirmed they had spoken with Biden, including Trump ally Lindsey Graham of South Carolina and Mitt Romney of Utah, the GOP's 2012 presidential nominee. Some have had meetings with Biden's nominees for administration posts.

In his phone call, Romney expressed admiration for Biden's willingness to endure the rigors of a presidential campaign and serve in the nation’s highest office, the senator’s office said. The two also discussed the challenging political environment ahead.

Trump should “end his term with a modicum of grace and dignity,” Schumer said.

For his part, Trump continued to push his baseless claims of “voter fraud” in a new tweet on Tuesday.

Some GOP lawmakers have vowed to carry the fight to Jan. 6 when Congress votes to accept or reject the Electoral College results. Others have said Trump’s legal battles should continue toward resolution by Inauguration Day, Jan. 20.

House Republican leader Kevin McCarthy declined to comment Tuesday when asked if he was ready to acknowledge Biden as the president-elect.

One House Republican, Rep. Mo Brooks of Alabama, is planning to challenge the Electoral College results when Congress convenes for the joint session.

At that time, any challenge in Congress would need to be raised by at least one member of the House and Senate. It’s unclear if any GOP senator will join in making the case. 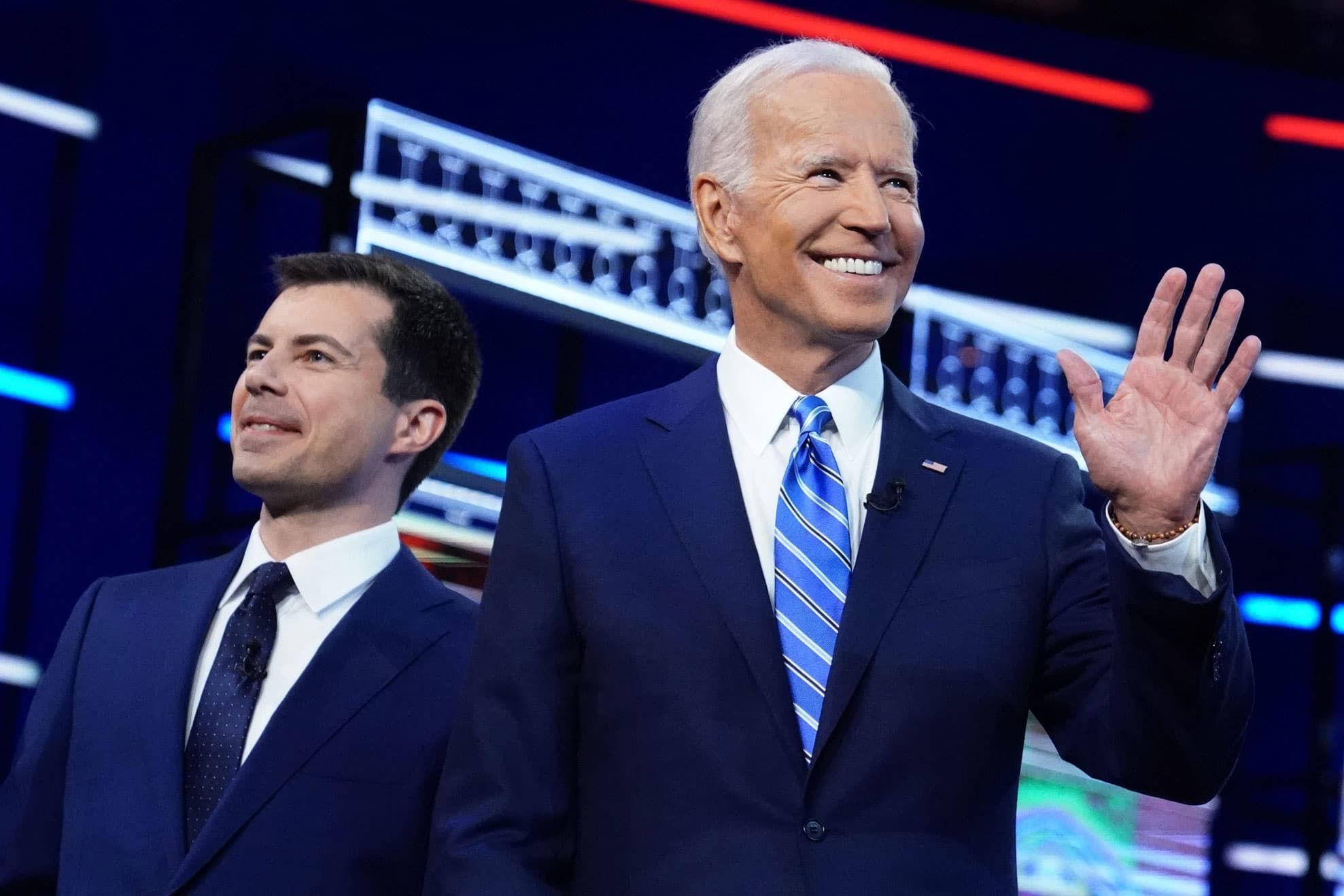 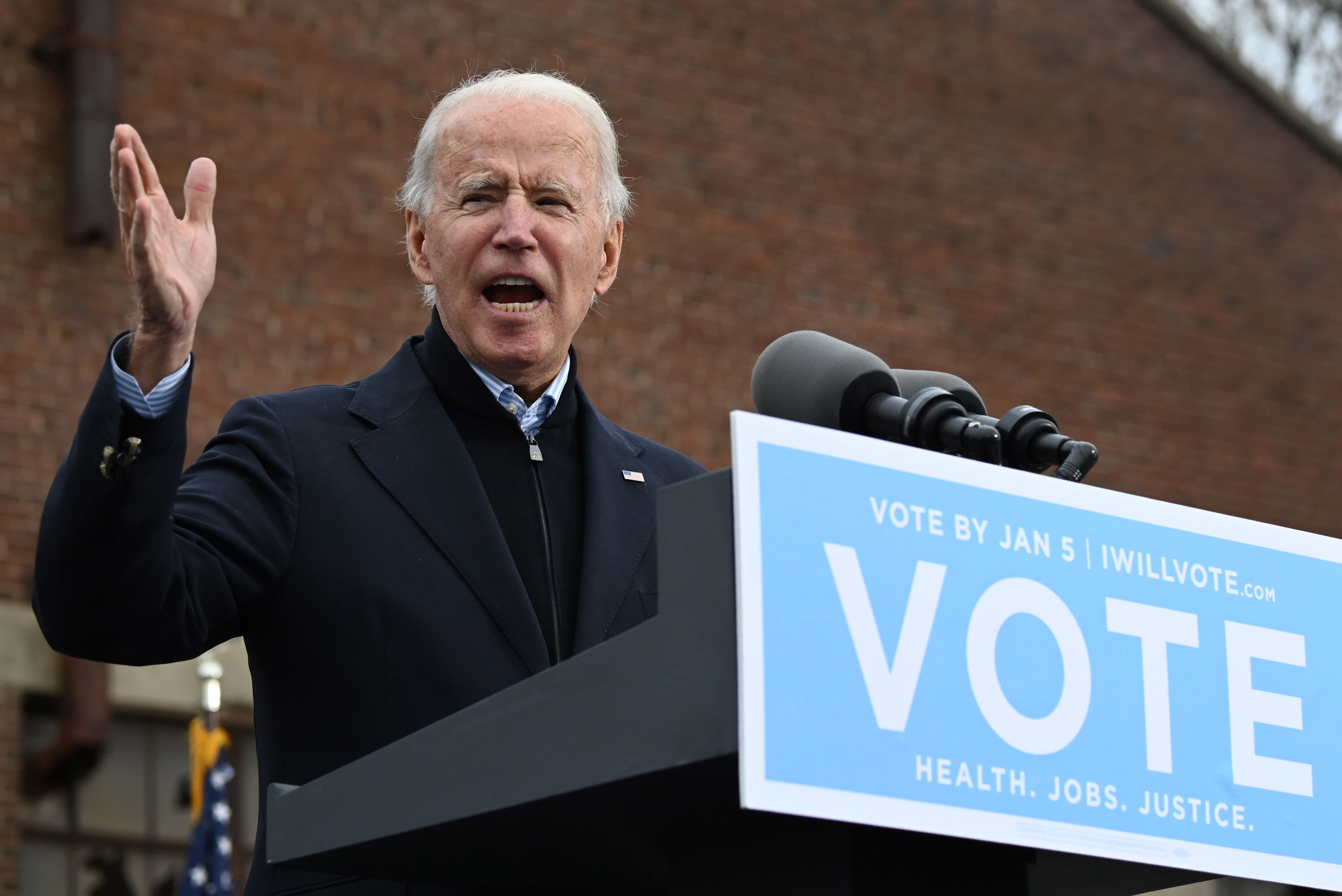 McConnell and his lieutenants, including Sens. John Thune of South Dakota and Roy Blunt of Missouri, warned the senators off any Electoral College challenge, calling it dead end since any action would need sign-off by Democrats who have the House majority under Speaker Nancy Pelosi, according to one of the people familiar with Tuesday's call.

The GOP leaders further warned senators that forcing their colleagues into a vote on Electoral College challenges would prove difficult, especially for those facing their own reelections in 2022.

No Republican senator spoke up in contradiction.

Republican Sen. Ron Johnson of Wisconsin, who as chairman of the Homeland Security Committee is convening a hearing Wednesday on election fraud, has “no plans” to join with House Republicans and challenge the results, according to spokesman Austin Altenburg.

McConnell surprised Washington on Tuesday when he opened the Senate addressing the election.

Americans want President-elect Joe Biden to prioritize uniting the country when he takes office in January, according to a new poll. NBCLX political storyteller Noah Pransky breaks down the NBCLX/YouGov survey that asked Americans what the Biden Administration should tackle first once he's in the White House.

The GOP leader called Biden someone “who has devoted himself to public service for many years.” He also congratulated Kamala Harris, saying “all Americans can take pride that our nation has a female vice president-elect for the very first time.”

McConnell prefaced his remarks with sweeping praise of Trump's four years in office, saying the president delivered on a promise to “shake up Washington.” He cited the president's nomination and Senate confirmation of three Supreme Court justices, among other accomplishments.

With states having affirmed the election results, the Republicans faced a pivotal choice — to acknowledge Biden the president-elect or keep standing silently by as Trump wages a potentially damaging campaign to overturn the election.

“At some point you have to face the music,” Thune, the No. 2 GOP leader, said late Monday. “Once the Electoral College settles the issue today, it’s time for everybody to move on.”

Historians and election officials have warned that Trump's unfounded claims of voter fraud threaten to erode Americans' faith in the election system.

Trump is trying to throw out the ballots of thousands of Americans, particularly those who voted by mail, in dozens of lawsuits that have mostly failed. His legal team is claiming irregularities, even though Attorney General William Barr, who abruptly resigned Monday, has said there is no evidence of widespread fraud that would alter the election results. State election officials, including Republicans, have said the election was fair and valid.

In a decisive blow to Trump's legal efforts, the Supreme Court last week declined to take up two of his cases challenging the election process in key states. Some 120 House Republicans signed on to that failed effort.