A man who authorities say is a leader of the far-right Oath Keepers militia group and helped to organize a ring of other extremists and led them in the attack last month at the U.S. Capitol has held a top-secret security clearance for decades and previously worked for the FBI, his attorney said Monday.

Thomas Caldwell, who authorities believe holds a leadership role in the extremist group, worked as a section chief for the FBI from 2009 to 2010 after retiring from the Navy, his lawyer, Thomas Plofchan, wrote in a motion urging the judge to release him from jail while he awaits trial.

The defense said Caldwell, who has denied being part of the Oath Keepers, has held a top-secret security clearance since 1979, which required multiple special background investigations, according to Plofchan. Caldwell also ran a consulting firm that did classified work for the U.S. government, the lawyer said.

D.C. Police Officer Daniel Hodges' bravery has gone viral with a video of him being crushed against a door during the U.S. Capitol riot. Hodges recalls how he was able to make it out alive.

“He has been vetted and found numerous times as a person worthy of the trust and confidence of the United States government, as indicated by granting him Top Secret clearances," Plofchan wrote.

Most section chiefs within the FBI rise through the ranks of the bureau and it is unclear whether Caldwell would’ve been directly hired for that position or whether he held any other positions with the bureau. The FBI did not immediately comment Monday evening and Caldwell's lawyer didn’t immediately answer questions about his client's work.

Caldwell is one of three people authorities have described as Oath Keepers who were charged last month with conspiracy and accused of plotting the attack on the Capitol in advance. He has been locked up since his arrest at his home in Berryville, Virginia, on Jan. 19.

Steven D’Antuono, Acting Director of the FBI Washington Field Office, and U.S. Attorney Michael Sherwin told reporters on Tuesday that they expect hundreds to be charged in connection with the Capitol riot. D’Antuono also defended the FBI’s response to intelligence prior to the riot, saying, “The FBI cannot open an investigation without a threat of violence or alleged criminal activity… in this case, we had no indication information was linked to any specific person but this was a matter of an online discussion.”

Caldwell's lawyer said he denies ever going into the Capitol and has “physical limitations” that would prevent the 66-year-old from forcing his way into any building.

Caldwell’s lawyer said his client retired as a lieutenant commander with the Navy and that he was a “100% disabled veteran.” Caldwell suffered from complications related to a “service-connected injury,” including shoulder, back and knee issues, the attorney said. In 2010, Caldwell had spinal surgery, which later failed and led to chronic spinal issues and a diagnosis of post-traumatic stress disorder, according to the court filing.

Charging documents show messages between Caldwell and the others about arranging hotel rooms in the Washington area in the days before the siege. In one Facebook message from to Caldwell, one the others says: “Will probably call you tomorrow … mainly because … I like to know wtf plan is. You are the man COMMANDER.” 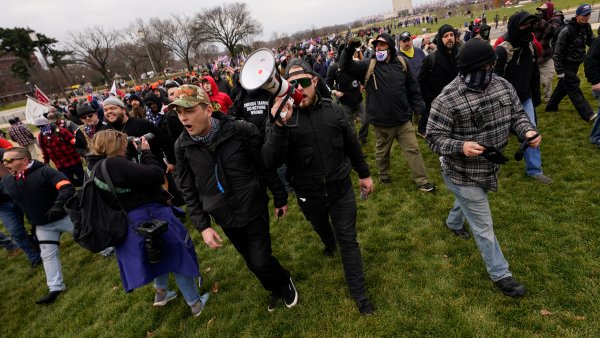 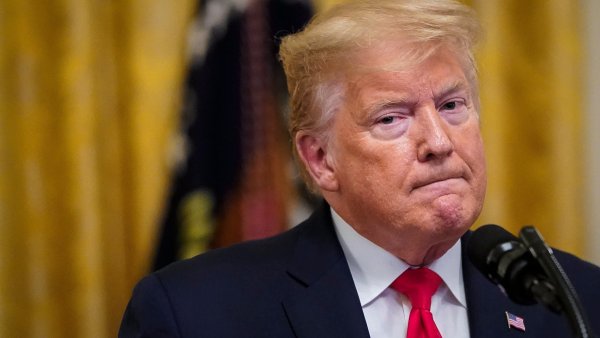 Authorities say the Oath Keepers communicated during the attack about where lawmakers were. At one point during the siege, Caldwell received a message that said “all members are in the tunnels under the capital,” according to court documents. “Seal them in turn on gas," it said.

Other messages read: “Tom all legislators are down in the Tunnels 3floors down" and "go through back house chamber doors facing N left down hallway down steps," according to court documents.

Caldwell is among roughly 200 people charged so far in the siege for federal crimes such as disrupting Congress, disorderly conduct and assault. A special group of prosecutors is weighing whether to bring sedition charges, officials have said.

Several members of the Proud Boys, a far-right, male-chauvinist extremist group that seized on the Trump administration’s policies, have also been charged with conspiracy and accused of working together during the siege.