The 35-year-old man, a resident of Anaheim, was arrested Monday night in Whittier.

Two people have been arrested in an attack on Jewish diners earlier this month outside a Beverly Grove restaurant.

On Saturday, police said a man was taken into custody with the assistance of the U.S. Marshal Service, as one of the primary suspects who allegedly assaulted several Jewish men Tuesday outside the restaurant.

The suspect -- identified as Xavier Pabon, 30, of Banning -- was taken into custody at about 10:15 p.m. Friday at a home outside of Los Angeles and was arrested on suspicion of assault with a deadly weapon, the Los Angeles Police Department reported.

The department requested that his bail be enhanced due to the crime being motivated by hatred.

LAPD Chief Michel Moore said Tuesday morning that a second person has been arrested in connection with last week’s attack. He says the 35-year-old man, a resident of Anaheim, was arrested Monday night in Whittier and is being booked on suspicion of assault with a deadly weapon.

Los Angeles city officials and faith leaders called for calm after hate attacks. Ted Chen reports for the NBC4 News on Thursday, May 20, 2021.

The victims were confronted shortly before 10 p.m. outside Sushi Fumi in the 300 block of North La Cienega Boulevard. Police said one minor injury was reported.

“Jewish Angelenos, like all residents, should always feel safe in our city...L.A. is a city of belonging, not of hate. There is simply no place for antisemitism, discrimination or prejudice of any kind in Los Angeles. And we will never tolerate bigotry and violence in our communities,” he said in a Twitter post.

Councilman Paul Koretz said the restaurant incident was one of two attacks directed at Jewish victims over the course of 24 hours.

A local senior is helping to curb hate attacks. Ted Chen reports for the NBC4 News on Tuesday, May 11, 2021.

“Last night, members of a caravan of pro-Palestinian protesters targeted innocent Jewish diners in a vicious attack while they were sitting outside a sushi restaurant, and a separate attempt was made by two drivers to run over a Jewish man who had to flee for his life. Both incidents were captured on video.

“These were antisemitic hate crimes that are unconscionable,” Koretz said in a statement released late Wednesday morning. “These violent acts will not go unchecked. We will do everything necessary to bring these criminals to justice and to restore order on our city streets. Late last night after being briefed at the Wilshire Division by LAPD, I visited the restaurant where the attack took place and met with a young man who witnessed the entire tragedy unfold,” he said.

“I committed to him that we will work diligently to deploy more resources to the region and bring justice for the victims who were brutally beaten. I intend to keep my promise to that young man and to our entire community.”

Cell phone video showed a group of men get out of a car and start to attack the diners while yelling racial slurs.

Many blame the Middle East conflict for what witnesses call anti-Semitic attacks that spilled out on the streets of LA this week. Robert Kovacik reports for NBC4 News at 11 p.m. on May 20, 2021.

The attackers were described only as men wearing all black. The restaurant apparently was not damaged, police said.

The local office of the Council on American Islamic Relations issued the following statement Wednesday: “As a civil rights and advocacy organization, we support everyone's right to free speech, the right to assemble and rally in support of their respective political views.”

“However, despite heightened tensions in Palestine and Israel, it is never acceptable for that conflict to spill over into our streets and cities. Violence and intimidation should be condemned, investigated, and if warranted, prosecuted.”

The Anti-Defamation League announced a reward of $5,000 for information leading to the arrest and conviction of the person or persons responsible for the assault on the diners. 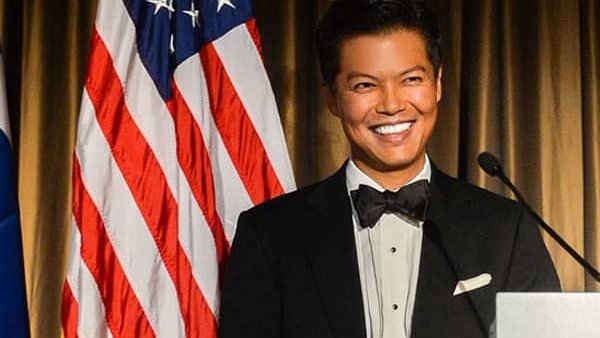 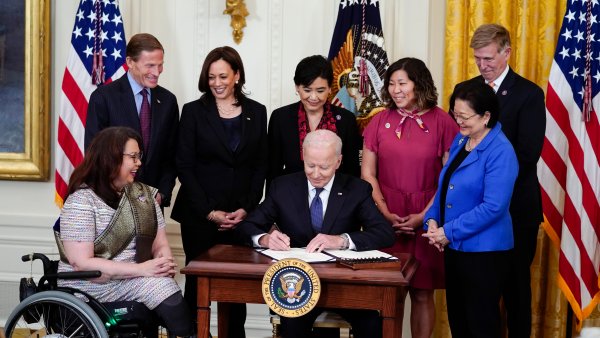 Police were reviewing security video recorded Monday night that appears to show an Orthodox Jewish man being chased by a caravan of people waving Palestinian flags near Rosewood and La Brea avenues.

The man escaped and was not hurt.