Everything You Need to Know About the Iowa Caucus

Polls show Biden in a close race in Iowa with Sanders, Warren and Buttigieg

What is the Iowa Caucus?

They’re essentially small local meetings where neighbors and strangers stand up to show their support for a particular candidate, and to persuade others to join them. Iowa’s 41 national delegates are up for grabs, but the real stakes for the candidates are all about momentum.

The caucuses are the first opportunity for Democrats to express their preferences in what’s been a long and tumultuous primary. They set the tone for the monthlong sprint through the early primary states, after which the field of candidates is typically culled. The winner usually receives a boost in media attention and fundraising that can propel them through subsequent contests. An unexpectedly bad performance, meanwhile, can hobble a candidate.

The caucuses don’t always pick the eventual nominee, but for Democrats they’ve been more predictive — every winner since 2000 has gone on to become the Democratic nominee. And historically, they’ve been known to catapult underdog candidates’ campaigns to prominence — like they did with Barack Obama in 2008, or Jimmy Carter in 1976.

When is the Iowa Caucus?

The caucuses begin at 7 p.m. CST on Monday. Democrats gather in school gymnasiums, union halls and community centers — known in caucus parlance as precincts. There are 1,678 precincts in Iowa this year and an additional 99 satellite precincts, which are for caucuses held outside of the state or at different times of the day and in locations that may be more accessible to those with disabilities or those who have to work during the main event.

Some precincts could have hundreds of Iowans show up, and some may have fewer than 10. The 2008 Democratic caucuses set a record when nearly 240,000 Iowans turned out; this year, party operatives are expecting turnout to be big, but likely not record-breaking.

Any registered Democrat who will be 18 by election day can participate, which includes 17-year-olds with an upcoming birthday. And Iowans can newly register or switch their party registration at their caucus site the day of — so campaigns have been courting disaffected Republicans and new voters across Iowa. 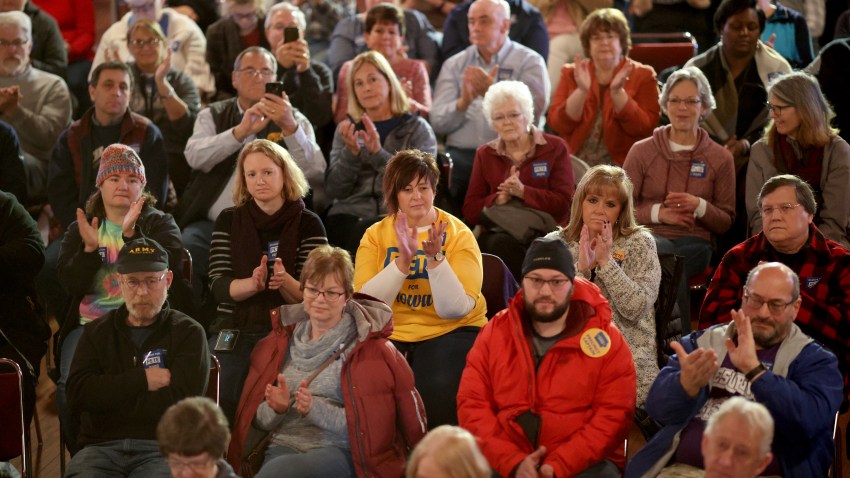 Democrats Focus on Unity as Tensions From 2016 Linger 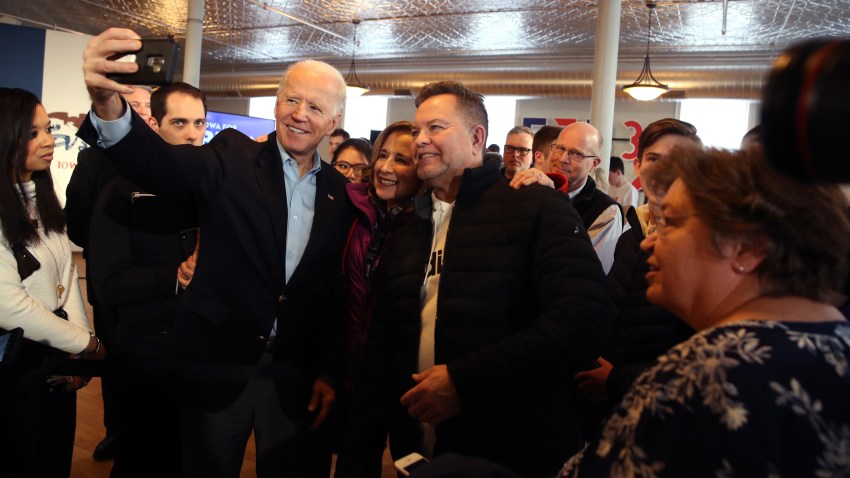 How does the Iowa Caucus work?

There are essentially two rounds of voting in the caucuses.

When all the caucusgoers at a precinct have signed in, the attendees elect a caucus chair, who directs the proceedings. Representatives of the campaigns have an opportunity to stand up and give a last-minute pitch for their candidate, and then the caucuses begin, with a process known as the “first alignment.”

That’s where attendees gather in the designated area for their favored candidate. In most precincts, any candidate that receives the support of 15% of the people in the room is considered “viable” and moves on to the next round of voting. Caucusgoers who chose a viable candidate on their first round are locked in and can’t choose a new candidate on the second.

This part of the caucuses — known as realignment — is the most crucial, and typically the most chaotic, portion of the night. Well-organized campaigns have volunteers, staffers and surrogates working the room, trying to win over caucusgoers from opposing campaigns. It’s part of the reason why having staff and surrogates who know their area and have built a community there is so important for the campaigns.

At the end of realignment, the caucus chair takes a final count of the room, and transmits the numbers to the Iowa Democratic Party.

What happens after precincts have decided on viable candidates?

The results in each precinct are used by the Iowa Democratic Party to calculate what’s known as the “state delegate equivalent,” or how many delegates each candidate gets at the Iowa Democratic Party convention. That number ultimately translates to how many of Iowa’s 41 national delegates each candidate gets at the national convention.

For the first time, caucusgoers will record their choices on a slip of paper, which they’ll sign to certify their support. The caucus leaders will collect those presidential preference cards and turn them into the Iowa Democratic Party, and they’ll be used if any candidate requests a recount.

This year, there are only two rounds of alignment, rather than the multiple rounds in years past, and supporters of a viable candidate after the first alignment are locked in to that candidate. In previous caucuses, every attendee could choose a new candidate on each realignment.

The satellite caucuses are new, and the Iowa Democratic Party is allowing attendees to check in early rather than at their precinct site, a move aimed to cut down on the long lines and wait times in years past.

The Associated Press will be deciding the winner based on state delegate equivalents — but with more data being released, the campaigns have signaled they plan to spin the numbers in their favor, whatever the eventual result.