Some social media users suggest that soaring fuel prices in the U.S. aren’t the result of Russia's invasion of Ukraine, increased consumption or supply chain issues as daily life resumes after two years of stagnation brought on by the coronavirus pandemic.

Instead, the flurry of Facebook and Twitter posts offer, without evidence, that a nefarious scheme is underway: President Joe Biden’s administration is intentionally driving up the price of gas to get more American drivers behind the wheel of an electric car.

“$6.00 a gallon gas is how you get people to buy electric cars,” claims one popular meme, shared thousands of times across Facebook and Instagram since Tuesday.

The newest internet fabrication shows that Americans’ obsession with conspiracy theories continues to play an outsize role in how they interpret political decision-making, even during times of war.

“At this point, conspiracy theories have become so ingrained in people’s psyche and because of social media, they spread like wildfire,” said Mia Bloom, a Georgia State University professor who recently authored a book examining the QAnon conspiracy theory. “If it’s not this conspiracy theory this week, it’ll be another one next week." 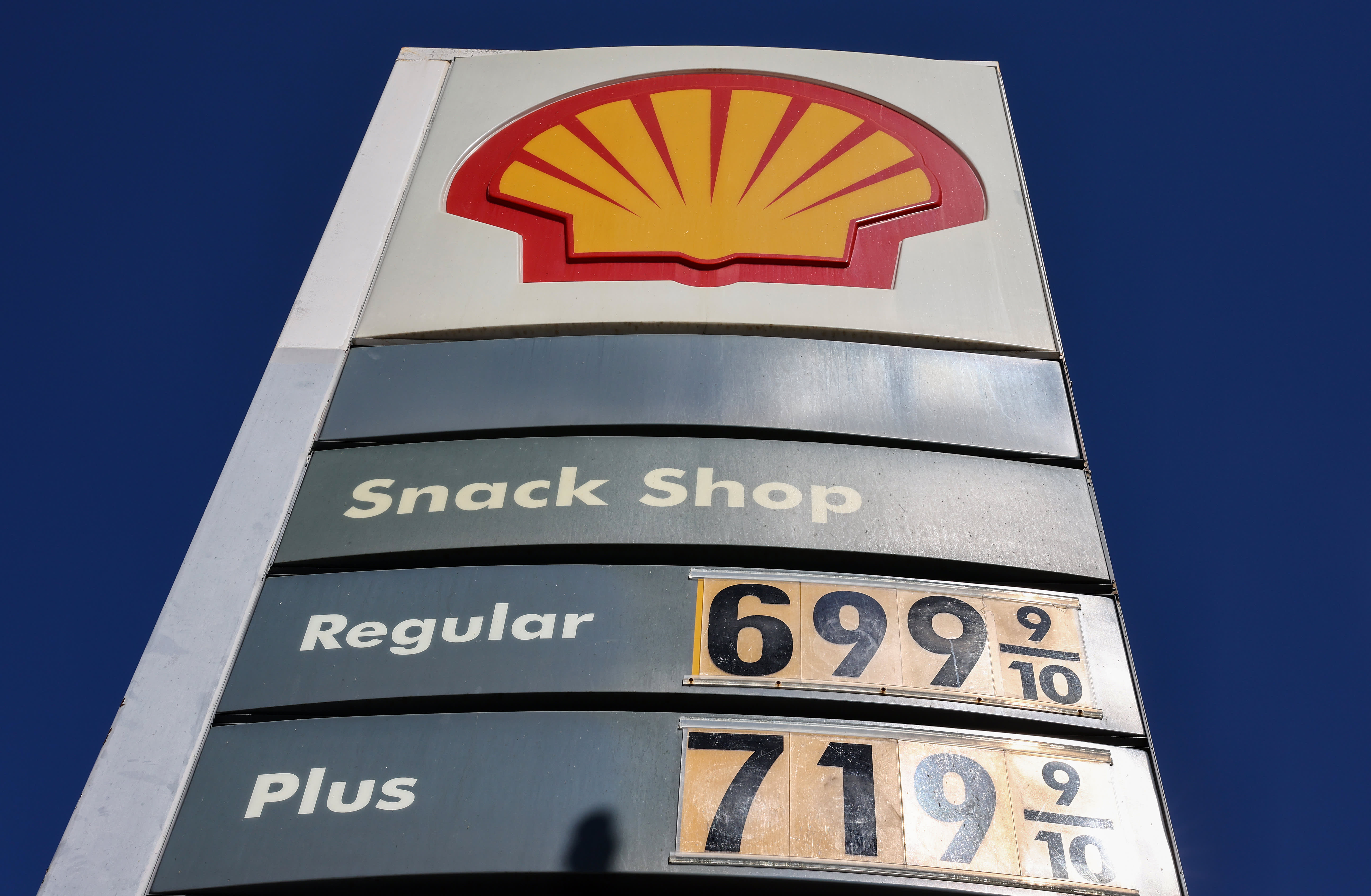 The conspiracy theory-laden memes, Twitter posts and videos began swirling as the average price of regular gas broke $4 a gallon for the first time in nearly 14 years. The output of posts increased Tuesday after Biden announced a ban on Russian oil imports, a move he warned would almost certainly drive up U.S. gas prices further but would deal a “blow” to Russian President Vladimir Putin’s offensive in Ukraine.

The claims about electric vehicles echo the core themes at the center of several conspiracy theories peddled at the start of the COVID-19 pandemic by followers of QAnon, a conspiracy theory that cast then-President Donald Trump as a hero fighting a cabal of elites who operate child sex trafficking rings. Many QAnon social media accounts pushed false conspiracy theories that the government would try to microchip people with a vaccine or that a coin shortage during the pandemic was a plot to push Americans into a cashless society that would be easier for the federal government to control.

The electric vehicle appears to be the latest reiteration of those conspiracy theories.

Some social media posts have suggested that the government wants to push people to use electric vehicles so they can shut down a driver’s car at will.

“I don’t know who needs to hear this, but high gas prices will push more people to electric cars that can be frozen just like your bank account,” one false post circulating across social media platforms claims.

Contrary to that assertion, electric vehicles work similarly to gas-powered ones; the government cannot shut down individual vehicles at will. With electric cars, drivers can use public or at-home, private charging stations to recharge. In fact, 80% of electric vehicle charging is done from a driver’s home, according to the U.S. Department of Energy.

One way to avoid high gas prices? Drive a car that doesn't use gas. Electric cars are in super high demand these days, which means they're hard to find, and cost more than usual. Scott Budman reports.

These types of conspiracy theories are popular during times of crisis — such as when a pandemic shuts down much of the world or during a war — because they give people an explanation for the inexplicable, Bloom said.

“Conspiracy theories provide such comfort during these very stressful times,” she said. "Having an explanation, even if it’s that someone is pulling the strings is, for whatever reason, less distressing" for some people. "If there’s a conspiracy behind everything — ‘OK it makes sense. Now I understand.’”

Mentions of “electric cars” and the “government” have increased by 400% over the last four days across public social media accounts, news websites and television news, according to an analysis social media intelligence firm Zignal Labs conducted for The Associated Press.

The spike in conversation also was driven by conservative social media accounts that seized on comments made Monday by Transportation Secretary Pete Buttigieg during an event with Vice President Kamala Harris. The pair promoted the federal government’s funding for public transportation and electric vehicles under Biden’s infrastructure law passed last year.

“Last month, we announced $5 billion to build out a nationwide electric vehicle charging network so the people from rural to suburban to urban communities can all benefit from the gas savings from driving an EV,” Buttigieg said.

But misleading posts across social media took Buttigieg’s comments out of context, suggesting that he was responding directly to the recent jump in gas prices by telling people to buy electric vehicles. Some posts claimed Buttigieg’s answer to rising gas prices was for Americans to buy a “$50,000 electric car.”

Buttigieg, appearing to respond the claims, shared a website link that lists electric car prices that range from $27,400 to $181,450 on Twitter.

“Seeing some strange claims about EV prices out there,” Buttigieg wrote in the tweet.

Worried about gas prices? Here are tips on how to improve your gas mileage while on the road.

Associated Press writers Matthew Daly and Hope Yen in Washington and Tom Krisher in Detroit contributed to this report.