Authorities did not immediately provide details about a potential motive

The man believed to be responsible for the Christmas Day bombing that tore through downtown Nashville blew himself up in the explosion, and appears to have acted alone, federal officials said Sunday.

Investigators used DNA and other evidence to link the man, identified as Anthony Quinn Warner, to the mysterious explosion but said they have not determined a motive. Officials have received hundreds of tips and leads, but have concluded that no one other than Warner is believed to have been involved in the early morning explosion that damaged dozens of buildings and injured three people.

“Nashville is considered safe," said Metro Nashville Police Chief John Drake. "There are no known threats against this city.”

In publicly identifying the suspect and his fate, officials disclosed a major breakthrough in their investigation even as they acknowledged the lingering mystery behind the explosion, which took place on a holiday morning well before downtown streets were bustling with activity and was accompanied by a recorded announcement warning anyone nearby that a bomb would soon detonate. 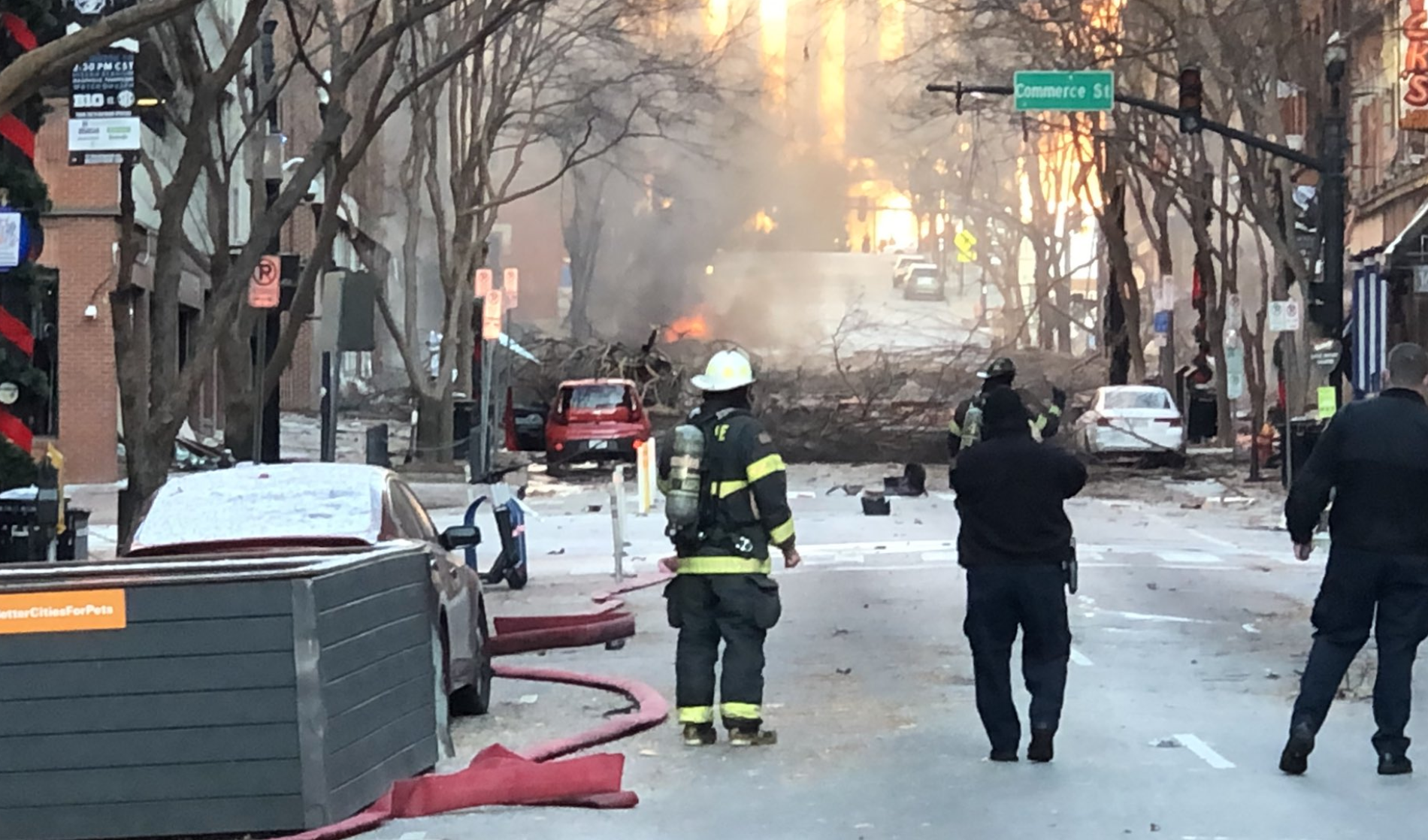 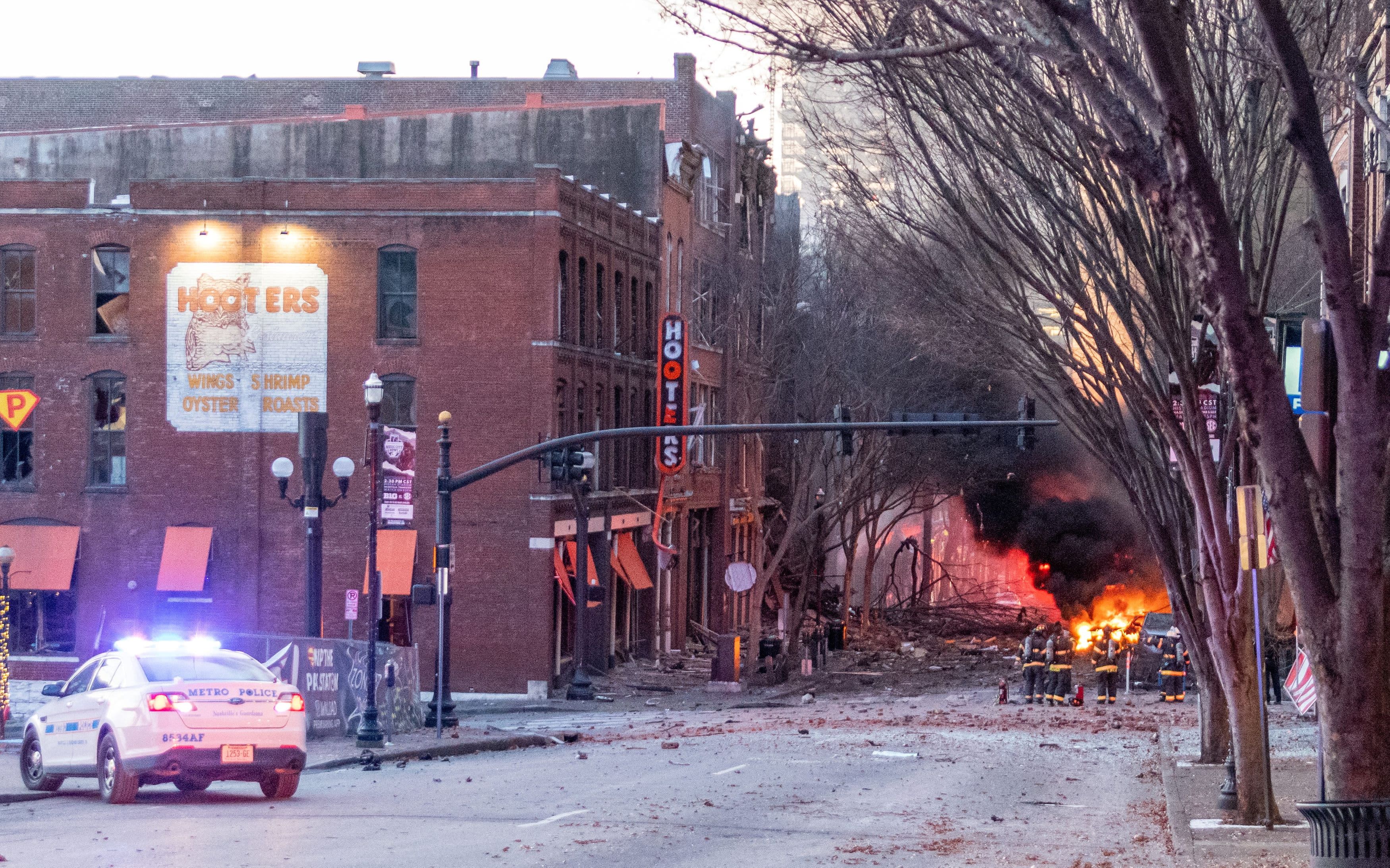 Then, for reasons that may never be known, the audio switched to a recording of Petula Clark’s 1964 hit “Downtown” shortly before the blast.

Investigators have not uncovered a singular motive for the act nor was it revealed why Warner had selected the particular location for the bombing, which damaged an AT&T building and has continued to wreak havoc on cellphone service and police and hospital communications in several Southern states as the company worked to restore service.

Authorities said Warner, 63, was not known to law enforcement before the Christmas blast.

Warner, who public records show had experience with electronics and alarms and who had also worked as a computer consultant for a Nashville realtor, had been regarded as a person of interest in the bombing since at least Saturday when federal and local investigators converged on a home in suburban Nashville linked to him.

Federal agents could be seen looking around the property, searching the home and the backyard. A Google Maps image captured in May 2019 had shown a recreational vehicle similar to the one that exploded parked in the backyard, but it was not at the property on Saturday, according to an Associated Press reporter at the scene.

On Sunday morning, police formally named Warner as being under investigation.

Officials said their identification of Warner relied on several key pieces of evidence, including DNA found at the explosion site. Investigators had previously revealed that human remains had been found in the vicinity.

In addition, investigators from the Tennessee Highway Patrol recovered parts from the RV among the wreckage from the blast, and were able to link the vehicle identification number to an RV that was registered to Warner, officials said.

The Federal Bureau of Investigation continues to search for suspects in connection with the explosion that rocked downtown Nashville on Christmas morning.

“We’re still following leads, but right now there is no indication that any other persons were involved,” said Douglas Korneski, special agent in charge of the FBI’s Memphis field office. “We’ve reviewed hours of security video surrounding the recreation vehicle. We saw no other people involved.”

Police were responding to a report of shots fired Friday when they encountered the RV blaring a recorded warning that a bomb would detonate in 15 minutes. Suddenly the warning stopped, and Clark’s hit, “Downtown,” started playing.

Buildings shook and windows shattered streets away from the explosion near a building owned by AT&T that lies one block from the company’s office tower, a landmark in downtown.

Forensic analysts were reviewing evidence collected from the blast site to try to identify the components of the explosives as well as information from the U.S. Bomb Data Center for intelligence and investigative leads, according to a law enforcement official who said investigators were examining Warner’s digital footprint and financial history, as well as a recent deed transfer of the home they searched in suburban Nashville.

The official, who was not authorized to discuss an ongoing investigation and spoke to the AP on condition of anonymity, said federal agents were examining a number of potential leads and pursuing several theories, including the possibility that the AT&T building was targeted.

Korneski said Sunday that officials were looking at any and all motives and were interviewing acquaintances of Warner's to try to determine what may have motivated him.

Meanwhile, just blocks from where the bombing took place, tourists had already begun to fill the sidewalks Sunday on Lower Broadway, a central entertainment district. Some took selfies while others tried to get as close as possible to the explosion site, blocked by police barricades.

Earlier Sunday, the officers who responded provided harrowing details, at times getting choked up reliving the moments that led up to the blast.

“This is going to tie us together forever, for the rest of my life,” Officer James Wells, who suffered some hearing loss due to the explosion, told reporters at a news conference. “Christmas will never be the same.”

Officer Brenna Hosey said she and her colleagues knocked on six or seven doors in nearby apartments to warn people to evacuate. She particularly remembered a startled mother of four children.

“I don’t have kids but I have cousins and nieces, people who I love who are small,” Hosey said, adding she had to plead with the family to leave the building as quickly as possible.