On May 17, the Justice Department announced the appointment of former FBI Director Robert S. Mueller III as special counsel to investigate any possible collusion between the Trump campaign and the Russian government’s efforts to influence the 2016 presidential election.

Trump responded by calling the investigation a “witch hunt.”

At a May 18 press conference, Trump said: “Well, I respect the move, but the entire thing has been a witch hunt. And there is no collusion between certainly myself and my campaign — but I can always speak for myself — and the Russians, zero.” 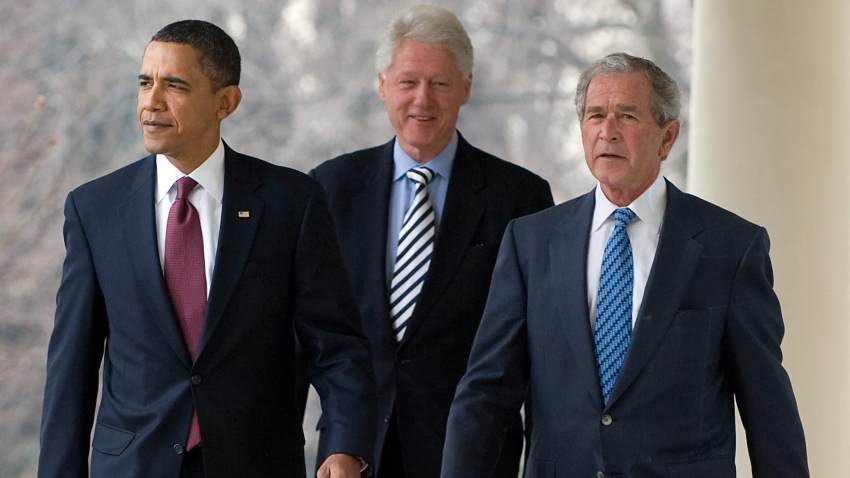 Obama, Bush and Clinton Would Get Vaccine Publicly to Build Confidence

Deputy Attorney General Rod Rosenstein made the decision to appoint a special counsel just days after Trump fired FBI Director James Comey. Comey told Congress on March 20 that the FBI had opened an investigation last July into “the Russian government’s efforts to interfere in the 2016 presidential election, and that includes investigating the nature of any links between individuals associated with the Trump campaign and the Russian government and whether there was any coordination between the campaign and Russia’s efforts.”

Amid ongoing investigations by the FBI and House and Senate intelligence committees, what exactly does the appointment of a special counsel mean? Here we answer some questions that readers may have.

Who appoints a special counsel?

The appointment of a special counsel typically is the decision of the U.S. attorney general. But in this case, Attorney General Jeff Sessions recused himself from the Russia inquiry after it was revealed that he had met twice with Russian Ambassador Sergey Kislyak during the presidential campaign and did not disclose the meetings during his Senate confirmation hearing. In such cases of recusal, the power to appoint a special counsel falls to the “acting attorney general,” in this case, Deputy Attorney General Rod Rosenstein. According to the Code of Federal Regulations, a special counsel is appointed for an investigation into a matter that “would present a conflict of interest for the Department [of Justice] or other extraordinary circumstances” or in cases when it “would be in the public interest” to have an outside counsel.

Why was a special counsel appointed?

In a released statement, Rosenstein explained his decision: “In my capacity as acting attorney general I determined that it is in the public interest for me to exercise my authority and appoint a special counsel to assume responsibility for this matter. My decision is not a finding that crimes have been committed or that any prosecution is warranted. I have made no such determination. What I have determined is that based upon the unique circumstances, the public interest requires me to place this investigation under the authority of a person who exercises a degree of independence from the normal chain of command.”

What is the scope of the investigation?

In his order appointing Mueller special counsel, Rosenstein wrote that his responsibility is to ensure a “full and thorough investigation of the Russian government’s efforts to interfere in the 2016 election.” As special counsel, Mueller is charged with investigating “any links and/or coordination between the Russian government and individuals associated with the campaign of President Donald Trump.” In addition, Mueller is to look into “any matters that arose or may arise directly from the investigation.” That would include any obstruction of the investigation or perjury related to it.

Whom does the special counsel report to?

Mueller will report to Rosenstein. But the special counsel is supposed to act independently, with some limits. As the federal code explains, a special counsel must consult the acting attorney general (Rosenstein) if he wishes to expand the inquiry beyond what was spelled out in Rosenstein’s order “or to investigate new matters that come to light in the course of his or her investigation.” In addition, Rosenstein can ask the special counsel to “provide an explanation for any investigative or prosecutorial step,” and if such step is deemed “inappropriate or unwarranted under established Departmental practices” the acting attorney general reserves the right to intervene, provided Congress is notified.

Who is Robert Mueller?

Mueller was director of the FBI for 12 years, from September 2001 to September 2013. His was the second-longest tenure for an FBI director, behind only J. Edgar Hoover. Serving under both Democratic and Republican presidents, Mueller enjoyed wide, bipartisan support from the Senate, which initially confirmed him 98-0 in 2001, and then extended his term past 10 years by a vote of 100-0 in 2011. The New York Times noted that during his career, Mueller oversaw cases ranging from crime boss John J. Gotti to those responsible for the bombing of Pan Am Flight 103 over Scotland. After the 9/11 terrorist attacks, Mueller helped “transform the bureau from a crime-fighting organization into a central piece of the antiterrorism establishment,” the Times wrote. His independence and competence were praised by leaders on both sides of the political aisle.

Can Mueller be fired?

Yes, but not by the president, at least not directly. Only the acting attorney general — in this case, Rosenstein — can discipline or fire a special counsel, and then only for cause. According to the federal code, “The Attorney General may remove a Special Counsel for misconduct, dereliction of duty, incapacity, conflict of interest, or for other good cause, including violation of Departmental policies.” The president can, however, fire the deputy attorney general.

What authority does a special counsel have?

A special counsel has the same authority as any federal prosecutor, William Banks, a professor and the founding director of the Institute for National Security and Counterterrorism at Syracuse University, told us in a phone interview. That includes access to classified documents. It also includes the authority — if deemed appropriate — to subpoena, say, the president’s tax records.

How big of a staff will Mueller get, and who decides that?

What happens when the special counsel’s investigation is complete?

Rosenstein’s order notes that if Mueller deems it “necessary and appropriate,” he is “authorized to prosecute federal crimes arising from the investigation of these matters.” The federal code states that at the conclusion of a special counsel’s investigation, he must provide the acting attorney general with a confidential report explaining decisions about whether or not prosecutions are warranted. The acting attorney general could decide to make that report public. According to the code, the “Attorney General may determine that public release of these reports would be in the public interest, to the extent that release would comply with applicable legal restrictions.”

How will this affect the ongoing FBI and congressional investigations?

According to NBC News, Mueller will oversee the prosecutors and FBI agents who are working on the Russia investigation. Sam Buell, a law professor at Duke University, told us via email that Mueller’s investigation and the FBI’s will essentially now be one in the same. “What we have now is a prosecutor paired with the agents who have been investigating this, which means, among other things, access to the grand jury and a greater degree of lawyerly advice and supervision over how the investigation is progressing,” said Buell, who was a former federal prosecutor for 10 years in New York, Boston, Washington and Houston.

The special counsel’s investigation does not preclude Congress’ investigations, and every indication is that those will continue. Buell told us Congress’ mandate is broader, “looking at questions of governance generally not just violations of criminal laws, which is the question to which Mueller is restricted.”

Sen. Lindsey Graham warned that Mueller’s investigation will “severely restrict” Congress’ ability to call witnesses and issue subpoenas, as some witnesses could argue they have a right not to incriminate themselves amid a criminal investigation. In order to compel witnesses to testify, Congress has to immunize their testimony, David Sklansky, a former assistant U.S. attorney who now teaches law at Stanford University, told us in an email. “Mueller — like any prosecutor conducting a criminal investigation — will be concerned about Congress granting immunity to any witnesses who might be implicated in criminal activity, because prosecuting someone whose congressional testimony has been immunized is very difficult,” Sklansky said. Of less concern to Mueller, he said, are those who testify voluntarily before Congress.

Buell told us fears about Mueller’s investigation in any way blocking Congress’ are an “overstatement” and that “legally, nothing prevents Congress from proceeding apace.” Congress could still set up an independent commission to investigate Russian influence in the election, but it has so far resisted calls for one.

How common is the appointment of a special counsel?

According to the Lawfare blog, this is only the second time a “special counsel” has been appointed under this specific regulation. The first was in 1999 when Attorney General Janet Reno appointed former Sen. John Danforth to lead an investigation into the federal law enforcement raid of the Branch Davidian compound in Waco, Texas. But as Lawfare explained, past attorneys general have used “different authorities to appoint other special counsels — like Nora Dannehy, appointed in 2008 to investigate the firing of U.S. Attorneys, Patrick Fitzgerald, tasked with leading the investigation into the Valerie Plame affair, and John Durham, who investigated the alleged abuse of suspected terrorists by CIA interrogators.” Those are wholly different from “independent counsels” such as Kenneth Starr, who investigated the Whitewater scandal during Bill Clinton’s presidency. Starr’s investigations were carried out under the Ethics in Government Act, which was enacted in 1978 after the Watergate scandal. But that law expired in 1999.

Lawfare and a Congressional Research Service report go into some detail about the differences between the variations of special counsels, independent counsels and special prosecutors over the years. But Banks said they all have the same core function: to investigate and prosecute possible violations of criminal law by officials of the federal government. And they have been all too common in American history.