Face of Impeachment: Schiff Sets Tone With Appeals to Senate

Schiff is the face of the House’s impeachment case against Trump, which has made him the principal target of Trump's ire

In the otherwise scripted impeachment trial, it was a rare spontaneous moment: Sen. Lindsey Graham, one of President Donald Trump's chief defenders, stopped Rep. Adam Schiff, the lead prosecutor, to shake his hand and compliment him on his arguments for Trump’s removal.

Though Graham has ridiculed the case against the president, and heaped scorn on Democrats like Schiff, he said he believes the California Democrat is "well spoken" and "did a good job of creating a tapestry, taking bits and pieces of evidence and emails and giving a rhetorical flourish ... sometimes effectively, sometimes a little over the top." 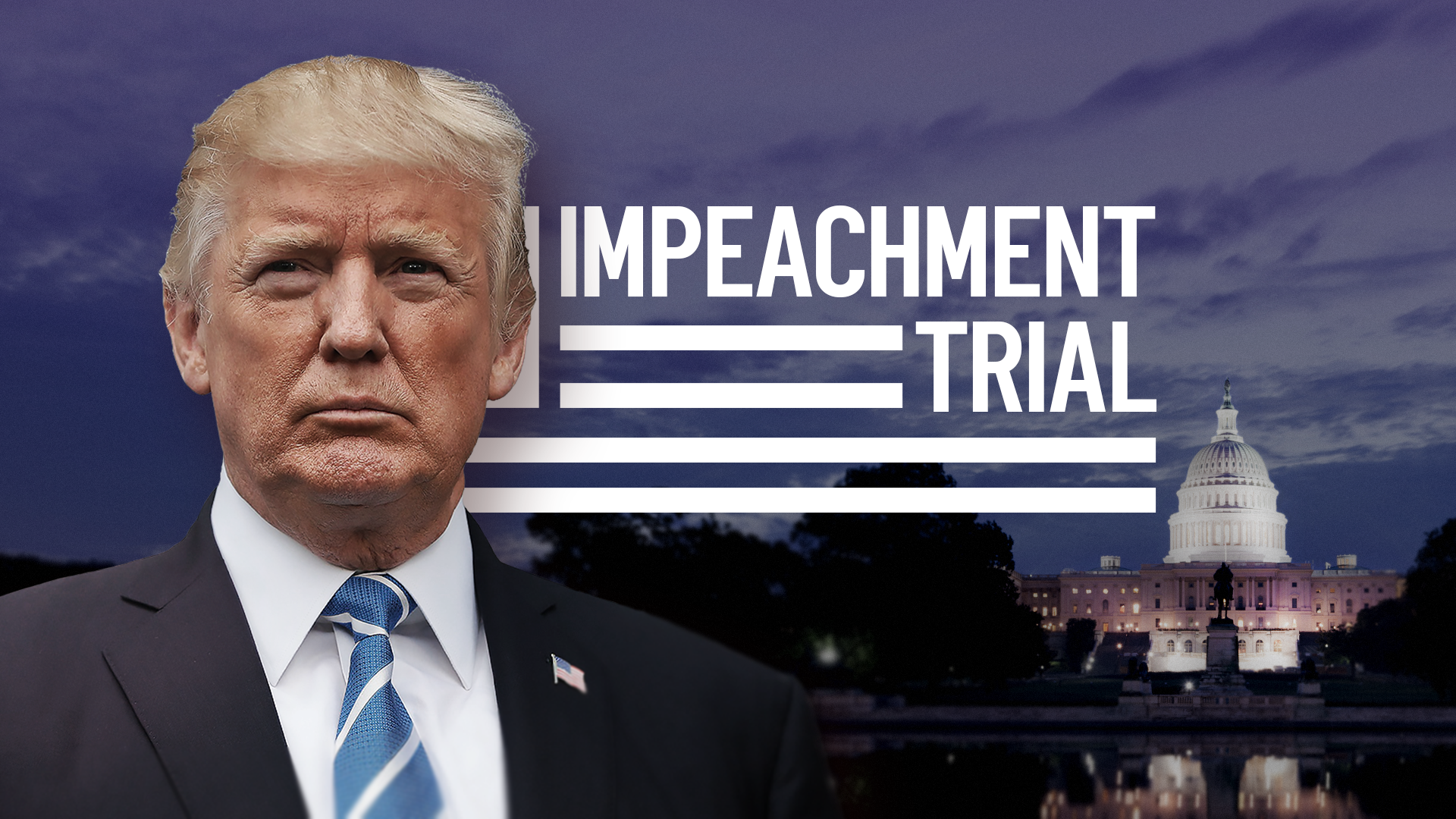 Schiff is the face of the House’s impeachment case against Trump, which has made him the principal target of Trump's ire. Though he has six managers by his side, House Speaker Nancy Pelosi appointed Schiff, her confidante, as the lead impeachment manager. He is setting the tone of the prosecution's case, working methodically to convince even his most ardent detractors that Trump deserves to be removed from office.

"In a way I do feel like I'm introducing myself to a number of the senators," Schiff said in an interview with The Associated Press before arguments resumed on Thursday. He said many of them are familiar only with conservative criticism of him, and they are "finding I'm not the demon that I'm portrayed as on Fox."

Schiff said he wishes that the Graham exchange wasn’t caught on camera, "because it was nice to have a private moment. And I don't want to discourage that kind of thing. But I very much appreciated his comments." 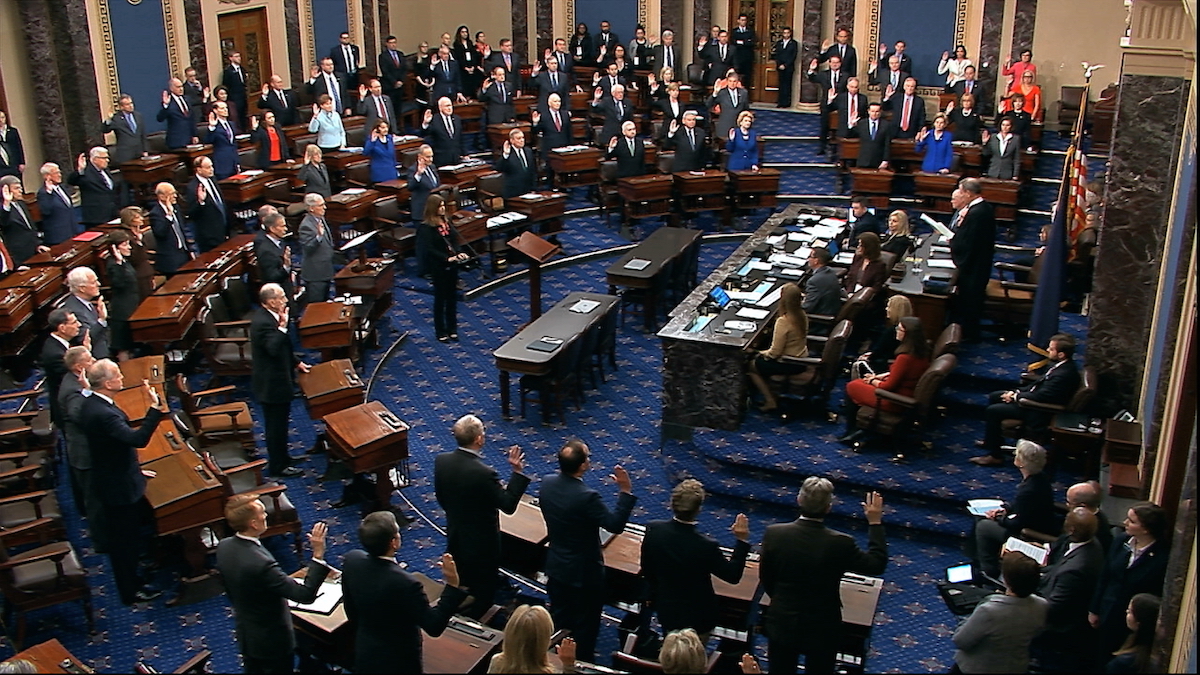 Late Thursday, the chamber went quiet and all eyes were on the former federal prosecutor as he concluded the second day of arguments with a speech in which he told the senators that "right matters" and that President Donald Trump can't be trusted. His voice cracked as he spoke.

"The framers couldn't protect us from ourselves if right and truth don't matter," Schiff told the senators. "And you know that what he did was not right."

Schiff, who represents parts of Hollywood, has been a frequent target of conservatives since the then GOP-led House Intelligence Committee started investigating Trump’s ties to Russia in the 2016 election. He was frequently on television questioning Trump’s actions.

Lead Impeachment Manager Adam Schiff on Tuesday laid out the case for the impeachment of President Donald Trump.

The criticism intensified, though, when Democrats took the House majority in early 2019 and he became chairman of the intelligence panel. And it reached a full-on roar as he took charge of the impeachment investigation of Trump’s dealings with Ukraine last fall.

Trump has trained his ire on the congressman on Twitter and elsewhere, alternatively calling him "shifty," "sleazy," and "liddle." He has also turned his name into a vulgarity, occasionally calling him "Schitt" on Twitter, and dubbed him "pencil neck" at a campaign rally. Trump tweeted about Schiff only a handful of times in 2017 and 2018, but hundreds of times since Democrats gained the House majority.

Despite Trump’s fire, Graham is not the only Republican to give Schiff respect — albeit grudgingly — since the trial has begun.

Missouri Sen. Roy Blunt said the Democrats had "admirable presentations," even though he found them repetitive and said he didn’t learn much new.

Rep. Adam Schiff, D–Calif., spoke to the media Tuesday before the start of a debate on rules for the Senate impeachment trial of President Donald Trump. Schiff, the lead House manager for the trial, blasted Senate Majority Leader Mitch McConnell’s resolution outlining procedures for the upcoming trial.

Iowa Sen. Joni Ernst says she’s "not a fan" because she believes Schiff "has it out" for Trump. Still, she says, he has been presenting a "calm, level case" against the president.

"What I appreciate, though, is the fact that he has handled this in a very calm manner compared to some of the other House managers," Ernst says.

Schiff has tried to set a non-combative tone on the Senate floor, with conciliatory words to the Senate. He said at the start of his arguments on Wednesday that he was "deeply grateful" for their attention and understands that it’s hard to sit and listen four hours on end.

His appeals came hours after Chief Justice John Roberts, who is presiding, admonished both the House managers and Trump’s defense team for using language "that is not conducive to civil discourse."

"I think it is appropriate at this point for me to admonish both the House managers and the president's counsel, in equal terms, to remember that they are addressing the world's greatest deliberative body," Roberts said.

Roberts’ comments came around 1 a.m. Wednesday after another impeachment manager, House Judiciary Committee Chairman Jerrold Nadler, charged that the White House lawyers were lying. Nadler also told senators that denying certain witnesses in the trial, as many GOP senators had just voted to do, was a "treacherous vote" against the United States. Trump's defense team responded that Nadler should apologize to the president and the American people.

Democratic House Managers gave their opening statements at the Senate impeachment trial on Wednesday. Here are the top moments you may have missed.

The next morning, before the trial resumed, the impeachment managers gathered for a news conference. When asked about Roberts’ comments, Schiff was the only one who spoke. "You’re going to have tempers flare" when trials go into the wee hours, Schiff said, and that happens in every courtroom in America.

"But we are going to try to keep focused on the facts," Schiff said. "The president’s team would like nothing more than to provoke a bitter conflict."

Schiff told The AP on Thursday that when talking on the Senate floor, he is trying not to make the case personal and he wants to "show respect for the senators and for the chief justice, present the evidence, make the appeals to have a fair trial, and that's the best I can do."

While complimenting Schiff, Graham also predicted that the White House team will unravel many of his points.

"I thought they did a good job of taking bits and pieces of the evidence and creating a quilt out of it," Graham said. "So what I will tell my colleagues, the other side gets to talk, and see if they can pull a thread here and pull thread there and see if it holds up." 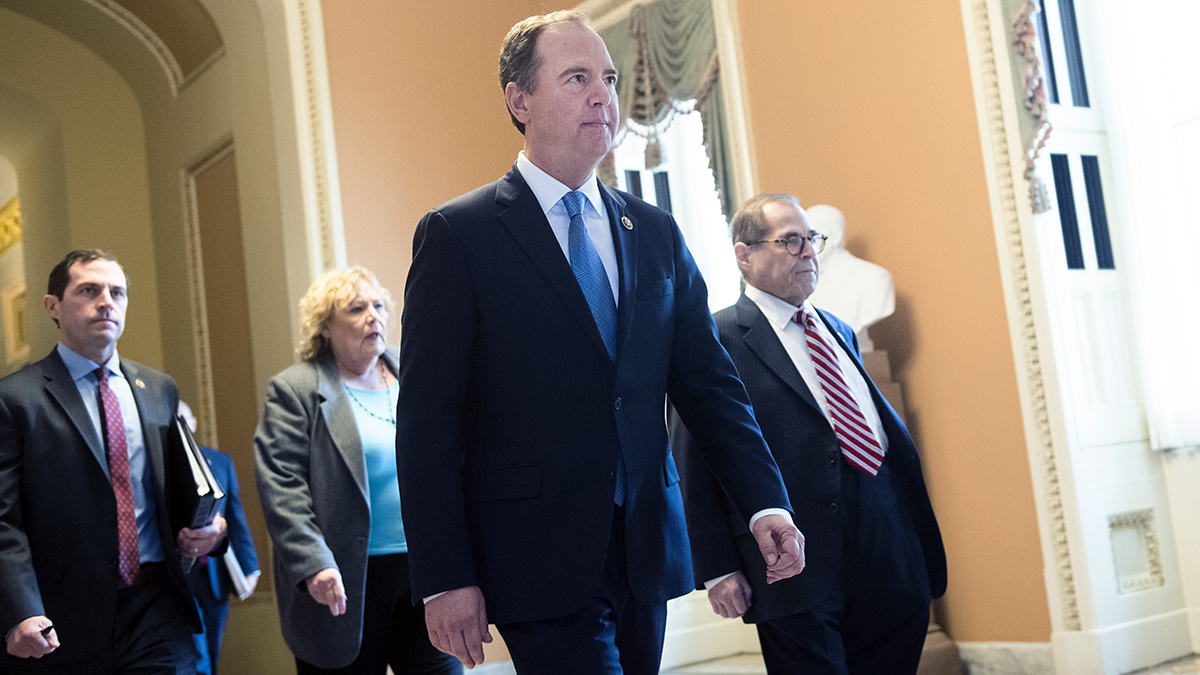 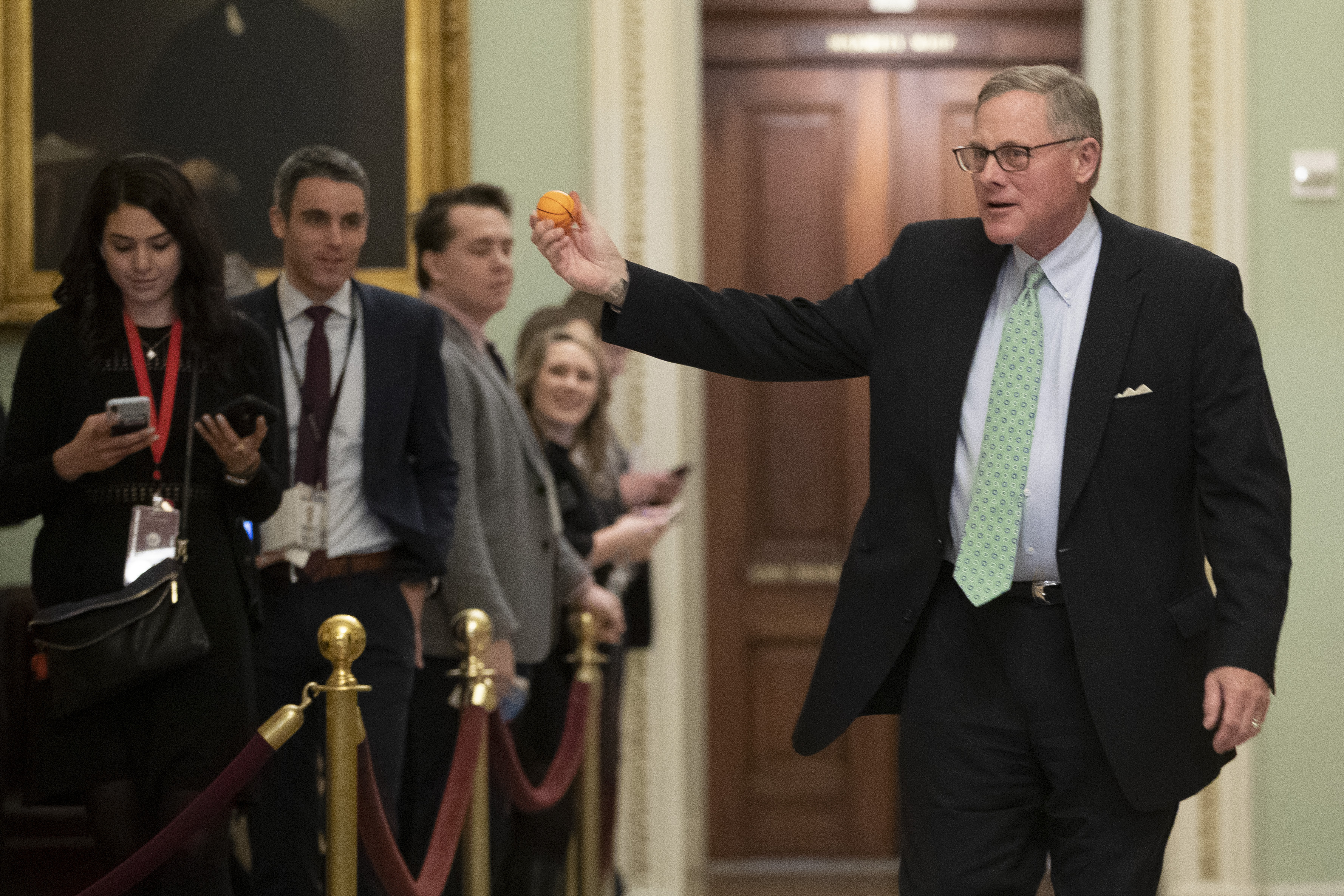 "I don't agree with Lindsey Graham's analysis that they're doing a good job," said North Carolina Rep. Mark Meadows, one of several Republican House members who are consulting with the White House lawyers. "I've had to look in the cabinet for a bottle of No-Doz. When you look at Adam Schiff’s performance, I think what we all have come to understand is, that's exactly what it is, it's a performance."

Senate Democrats, on the other hand, have been thrilled. Michigan Sen. Debbie Stabenow said Thursday evening that “I think you could have heard a pin drop” when Schiff gave his closing speech.

"Senators' egos don't tend to allow gushing over other politicians' performance, but as we walked out the trial tonight, Senator after Senator (albeit the Dem ones) were awestruck," Murphy wrote. "Schiff is right - Trump doesn't care about us, just himself."