Che and Jost talked about the high-profile job of hosting and what it's like to be tapped for it by Lorne Michaels, their "SNL" boss and this year's Emmys telecast producer

The comedians got in the mood at Thursday's rollout of the traditional arrivals carpet — yellow-hued this time around, not red, as the ceremony marks its 70th year.

"This isn't as gold as I thought it would be. I was expecting a much tackier gold. But this is a reasonable gold," Che observed. 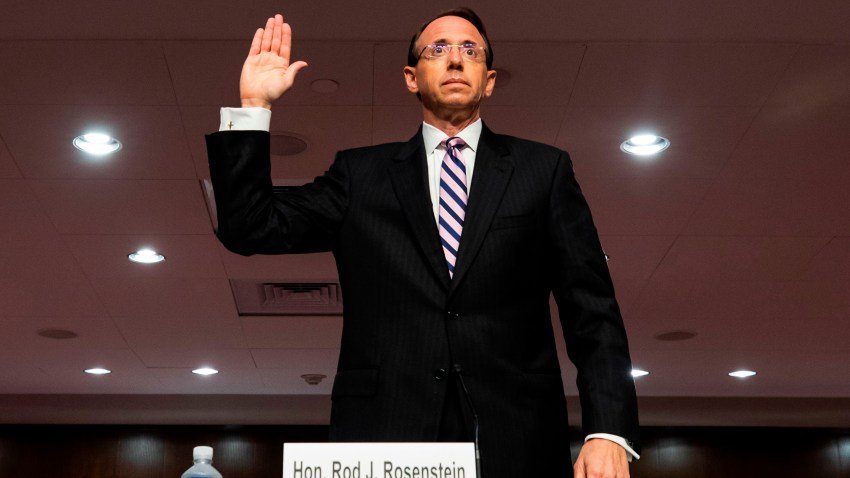 After carpet duty, he and Jost talked to The Associated Press about the high-profile job of hosting and what it's like to be tapped for it by Lorne Michaels, their "SNL" boss and this year's Emmys telecast producer.

The "Weekend Update" anchors were serious, sometimes. Remarks were edited for clarity and brevity.

AP: How does it feel to get this high-profile gig?
Jost: We love going to the Emmys. Anytime we're nominated, it feels like a big honor. And to go and get asked to host, and they trusted us, it's great. Am I right (to Che)?

Che: Your hair is gorgeous.

AP: What did Michaels say about how to approach it?
Che: It was something along the lines of, 'Have fun out there' and 'We trust you.' So that's exciting when maybe the greatest producer in TV trusts us with a show. So I think the (TV) academy is in good hands.

AP: Will you include political humor?
Jost: We don't totally know yet because we don't even know what's going to happen over the weekend politically. There might be some, and there might not.

Che: There's gonna be political jokes. And we're gonna come out on the wrong side of history, for sure. We're aiming toward it.

AP: Some awards hosts who have taken a different approach, such as David Letterman and his 'Oprah-Uma' bit at the 1995 Oscars, have fallen flat. Will you be more traditional hosts?
Jost: I don't even know really what a traditional host for it is.

Jost: Well, should we do that?

Che: If we could be half as good as Ed McMahon, we've nailed it. We're Ed McMahon-ing it.

AP: Given the Oscars envelop mix-up, are you concerned about mishaps?
Jost: We have lots of those planned.

AP: Best worst-case scenario for what could go wrong?
Che: All the winners will be announced via Jack-in-the-box (toy). So we're just going to have to crank and crank and crank till it pops out. And it will be a puppet of the winner's face.

Jost: That's a subtle change that you'll notice. And then the show's going to be five hours.

Q: Will the ceremony be very "SNL"-ish?
Jost: There will be a lot of people from the 'SNL' family involved. But also a lot of people that are just the stars of television now that have nothing to do with 'SNL,' because people want to see everyone who's on TV.

Q: Some nominees have said they hope that politics won't dominate the night. But you two tackle serious issues on "Weekend Update," so is it a tightrope for you?
Che: We're overthinking it if we're thinking about that. It's a celebration for a lot of people who worked really hard this year to be nominated and (for) a lot of shows that people really enjoy. We're just gonna have fun at the top and keep the show moving and make sure it's an enjoyable show to watch.