"I know all about the past. I'll never forget my own," Alvarez said

In one of the most emotional moments of the first night of the Republican National Convention, Maximo Alvarez, a Cuban immigrant living in Miami, told his family's story and reflected on the American dream.

To start, Alvarez detailed the experience of his father, who only had a sixth grade education, he said.

"I know all about the past. I'll never forget my own," Alvarez said. "My family has fled totalitarianism and communism more than once, first my dad from Spain and then from Cuba. But my family is done running away."

"By the grace of God, I lived the American dream, the greatest blessing I ever had," he added. "I'm speaking to you today because my family is done abandoning what we rightfully earned."

He went on to praise President Donald Trump as "a successful businessman, not your average career politician. Our president is just another family man, a friend, most importantly our elected commander-in-chief who puts America first."

Alvarez then drew comparisons between Democratic presidential candidate Joe Biden and the communist regime from which his family fled. 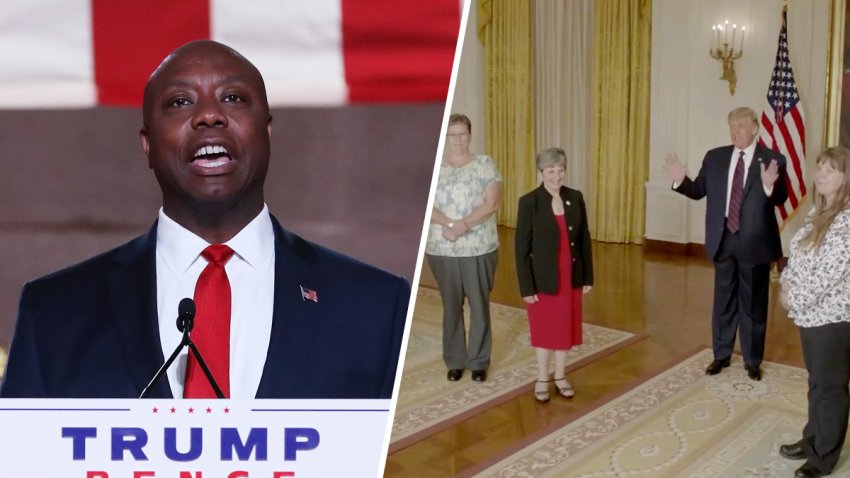 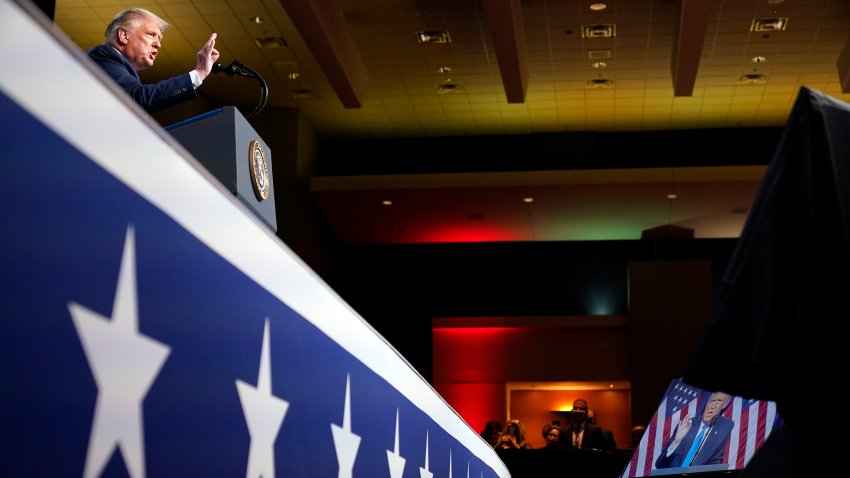 Recalling his experience with Fidel Castro, he continued: "I've heard the promises of Fidel Castro, and I can never forget all those who grew up around me, who looked like me, who suffered and starved and died because they believe those empty promises. They swallowed the communist poison pill.

"If you have a chance go to the Freedom Tower in Miami, stop and listen. You can still hear the sounds of those broken promises. It is the sound of waves in the ocean, carrying families clinging to pieces of wood, families with children who can't swim but willing to risk everything to reach this blessed land. It is the sound of tears hitting the paper of an application to become an American citizen."

Turning to the upcoming election, Alvarez went on: "Free education, free healthcare, defund the police, trust a socialist state more than your family and community. They don't sound radical to my ears. They sound familiar."

"When I watched the news in Seattle, Chicago, Portland and other cities, when I see the history being rewritten, when I hear the promises, I hear echoes of a former life I never wanted to hear again. I see shadows I thought I had outrun."

Alvarez also described his parents' wishes for him.

"My parents only wanted one person to decide my fate: me, not some party member, not some government official, not some bureaucrat. In America, I would decide my own future. I'm so grateful to America, the place where I was able to build my American dream through hard work and determination."

Trump, he continued, "knows that the American story was written by people just like you and I, who love our country and take risks to build a future for our families and neighbors."

Turning to his own identity, Alvarez stated: "I may be a Cuban-born, but I'm 100% American. This is the greatest country in the world. And I said this before: If I gave away everything that I have today, it will not equal 1% of what I was given when I came to this great country of ours, the gift of freedom."

He went on to encourage voters "to choose freedom over oppression."

"I still hear my dad (saying), 'There is no other place to go,'" he concluded.