Minnesota SOS: Too Late to Mail Ballots — But Not to Vote

As of last Friday, more than 500,000 of some 2 million requested absentee ballots remained outstanding

Minnesota's secretary of state said Thursday it's too late for voters to mail back their absentee ballots if they want to make sure their votes count, after an appeals court ruling indicated that mail-in ballots arriving after Election Day are at risk of being invalidated.

A three-judge panel of the 8th U.S. Circuit Court of Appeals ruled Thursday that Minnesota absentee ballots arriving after Election Day should be separated from other ballots in case they are later invalidated by a final court order. The ruling doesn't block Minnesota's seven-day extension for counting absentee ballots outright, but puts the grace period in danger.

“Voters should no longer place their absentee ballots in the mail,” Secretary of State Steve Simon said. “It is too late for you, practically speaking, to get it back. Don’t risk it.”

The ruling doesn’t impact ballots received by the time polls close on Election Day, but sets the stage for post-election litigation. The case was sent back to a lower court for more proceedings.

Sixty million Americans have already voted in the 2020 election so far, with two-thirds of those votes coming from mail-in ballots. NBCLX storyteller Chase Cain breaks down this huge surge in early voting.

“What the court left unsettled was the question of whether, once and for all and finally, ballots will or won't be counted if received after Tuesday, Nov. 3,” Simon said. “The decision, to be candid, is not a model of clarity and it leaves open a lot of unanswered questions.”

The decision is likely to create voter confusion, with people who haven't returned their absentee ballots scrambling to make sure their votes count. Simon said voters who still have absentee ballots in hand may drop them off at a designated location, vote early at an early voting station, or vote in person on Election Day. Those who already returned absentee ballots can track them online to see if they've been received.

“The consequences of this order are not lost on us. We acknowledge and understand the concerns over voter confusion, election administration issues, and public confidence in the election," the majority wrote. But they said those problems were preferable to a post-election scenario where invalidated and valid votes are mixed. 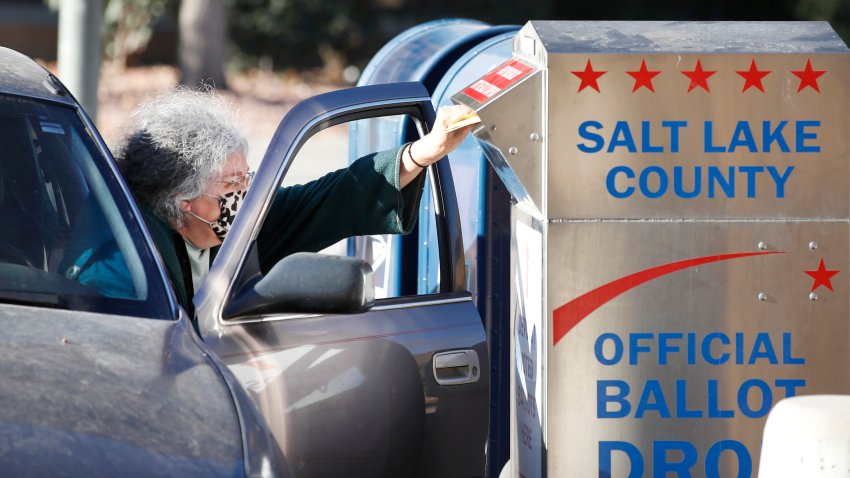 Fact Check: Nothing Untoward About Counting Ballots After Election Day 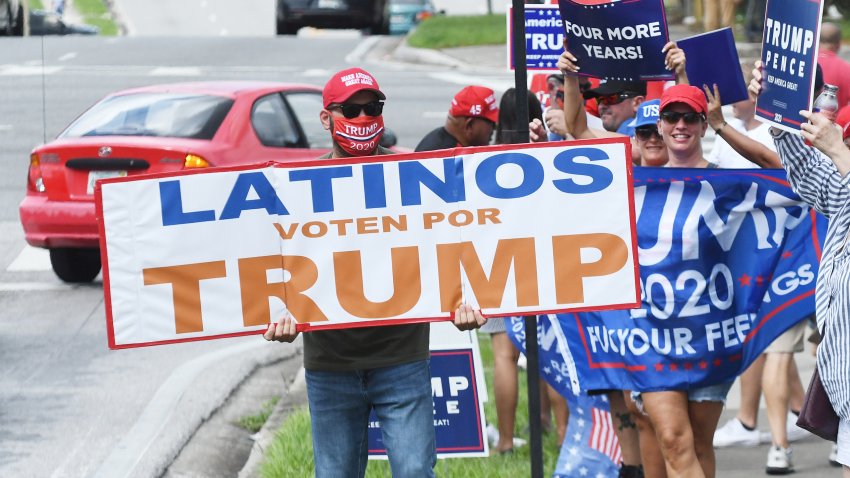 Four Years on, Some Latino Republicans Still Embrace Trump, Others Work for His Defeat

“Better to put those voters on notice now while they still have at least some time to adjust their plans and cast their votes in an unquestionably lawful way,” the majority wrote.

The ruling is a win for Republicans, who argued that the extension — which had been approved in both state and federal courts due to the COVID-19 pandemic — violated federal law that establishes Nov. 3 as the date of the 2020 election.

Democrats called the ruling “misguided” and “an attack on democracy."

“Now, with just five days before election day, and Republicans surely heading for defeat at the polls, the Republican Party is responsible for potentially disenfranchising thousands of Minnesotans who were prepared to vote by mail in the coming days," state party Chairman Ken Martin said.

Minnesotans “already have six weeks for people to vote early,” Carnahan tweeted. She called the extra period “unnecessary and just a move by the left to play around with this election.”

The case now goes back to U.S. District Judge Nancy Brasel, who previously upheld a state court agreement that allowed ballots postmarked on or before Election Day to be counted if they are received by Nov. 10.

Kelly wrote that the ruling “has the effect of telling voters -- who, until now, had been under the impression that they had until November 3 to mail their ballots -- that they should have mailed their ballots yesterday (or, more accurately, several days ago).”

But Shepherd and Grasz took issue with the way the extension was approved in state court, saying Simon had no authority to override election laws set by the Legislature. And they said voter confusion was inevitable once he told voters there would be an extension.

Simon, a Democrat, said the ruling could disenfranchise voters who were relying on the extension, and he accused the Republicans who brought the lawsuit of trying to “sabotage the system for political gain.” He said he won't let any voter be silenced.

“We have to make sure that every legally cast ballot is counted, period,” he said.

Election Week 2020 will be unlike any other in history, with more votes, more emotion – and more misinformation than ever. It’s that intentionally-deceptive information, designed to manipulate us, that threatens our democracy. And as NBCLX’s Noah Pransky explains, it's up to all of us to help stop it from spreading.

Simon said his office is considering its options, which include an appeal to the U.S. Supreme Court.

Republicans have tried to block voter expansion across the country, and the Minnesota decision comes as similar extensions have gone before the U.S. Supreme Court with mixed results. The nation’s high court recently left a three-day extension for counting absentee ballots in Pennsylvania in place, but refused to reinstate a six-day extension in Wisconsin.

A majority of states require mail-in ballots to be received by Election Day, while others accept them days or even weeks later if they are postmarked by Election Day. Some states made changes, citing an expected flood of absentee ballots due to the coronavirus pandemic.

Minnesota was one of those states, with a consent decree in state court that changed the rules so ballots postmarked on or before Nov. 3 could be accepted for up to seven days after the election.

Both presidential campaigns head west Wednesday, vying for Arizona's 11 electoral votes. Joe Biden is also making a bid for red-state Texas, a huge haul with 38 delegates, as Donald Trump tries to hold onto the trio of midwest states he won from Democrats four years ago.

Republican state Rep. Eric Lucero and GOP activist James Carson, who both would participate in the Electoral College if President Donald Trump carries Minnesota, opposed the state agreement and took the case to federal court. Their lawsuit, backed by the conservative-leaning Honest Elections Project, argued that an extension would create chaos and dilute the value of their votes by counting “unlawful” ballots after Election Day.

Lucero said counting votes that come in after Election Day erodes confidence in elections and opens the door to fraud and abuse, and that Simon should have asked legislators to change the law. “The court was clear: ‘There is no pandemic exception to the Constitution,'" he said in a statement.

Trump narrowly missed winning Minnesota in 2016 and had vowed in 2020 to become the first Republican to capture the state since Richard Nixon in 1972. But recent polls have showed Joe Biden leading.