Corporate reaction to the executive order was strong, quick and harsh

The CEOs of some of the world's biggest companies are fighting back against President Donald Trump's temporary immigration ban, calling it un-American and bad for business.

The heads of Apple, Ford and Goldman Sachs said they don't support the executive order the president signed last week, which bans immigrants from seven Muslim-majority countries from entering the U.S. Google said it is donating cash to organizations that support immigrants. Other companies said they will help employees affected by the ban or, in the case of Starbucks, hire refugees.

Businesses already have a complicated relationship with Trump, who has been openly critical of companies planning to build plants in Mexico or charge what he sees as too much for fighter jets. Some have announced hiring plans and investments in the U.S., saying they like Trump's plans to reduce regulation and lower corporate taxes.

But the corporate reaction to the executive order was strong, quick and harsh.

Trump said the executive order, signed Friday, was necessary to stop "radical Islamic terrorists" from coming to the U.S. It included a 90-day ban on travel to the U.S. by citizens of Iraq, Iran, Libya, Somalia, Sudan, Syria, or Yemen, and a 120-day suspension of the U.S. refugee program. The White House did not respond to a request for comment Monday.

It could be risky for businesses to speak out publicly, since Trump likes to fight back and criticize companies from his Twitter account. 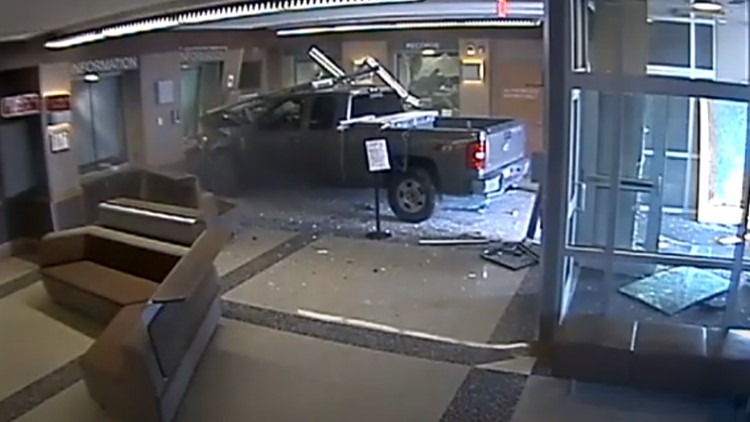 Gillian Tett of the Financial Times told CNBC's "Squawk Box" that she's spoken to executives who are upset by the ban, but afraid to publicly speak about it.

"I had similar conversations with executives over the weekend, all of whom ... seemed to be upset about at least the implementation of this program," Sorkin said. "They are scared out of their minds about being attacked ... and what that's going to do for their business."

But public-relations experts said businesses have no choice, especially if the ban negatively affects their employees or customers.

"No company has gone out of business putting their customers and employees first," said Matt Friedman, co-founder of Tanner Friedman Strategic Communications in Farmington Hills, Michigan.

CEOS SPEAK OUT
Executives at technology companies, which employ many immigrants, were some of the first to speak out. Tim Cook, the CEO of iPhone maker Apple Inc., told employees in a memo obtained by The Associated Press that his company does not support the order. Apple "would not exist without immigration," Cook said.

CEOs from e-commerce companies Amazon.com Inc., eBay Inc. and Etsy Inc. also said they did not support Trump's order, as did the head of video-streaming company Netflix Inc.

According to CNBC, Amazon CEO Jeff Bezos said the company is considering "other legal options" against the executive order.

The company's policy team is reaching out to senior White House officials to express its opposition, while also reaching out to congressional leaders to "explore legislative options," CNBC reported.

At General Electric Co., CEO Jeff Immelt said the industrial conglomerate would make its "voice heard" with the new administration and Congress.

Ford Motor Co. said it does not support the policy "or any other that goes against our values as a company," according to a letter signed by the automaker's CEO Mark Fields and Executive Chairman Bill Ford. But other automakers, including General Motors Co., Nissan Motor Co. and Honda Motor Co., were silent.

The auto industry, a frequent target of Trump's ire for moving jobs overseas, is walking a fine line, trying to avoid punishing tariffs and hoping Trump gives them some relief on corporate taxes and fuel economy standards.

Citigroup and Goldman Sachs Group Inc., whose former employees are some of Trump's most trusted advisers, also pushed back.

"This is not a policy we support," said the bank's CEO, Lloyd Blankfein, in a voicemail to employees.

Coca-Cola's CEO and Chairman Muhtar Kent in a statement also voiced opposition to the ban, saying it is "resolute in its commitment to diversity, fairness and inclusion, and we do not support this travel ban or any policy that is contrary to our core values and beliefs."

"As a U.S. company that has operations in more than 200 countries and territories, we respect people from all backgrounds and greatly value the diversity of our global system's more than 700,000 associates," Kent's statement said. "We are continuing to assess any potential impact to our employees, and will provide them with appropriate support as needed."

DONATING CASH
Google, the internet search company owned by Alphabet Inc., plans to give as much as $4 million to four organizations that provide legal assistance and other services to immigrants. The crisis fund will consist of $2 million from the company and $2 million in employee donations. Google is worried that Trump's executive order will harm many of its current workers and their families, and will make it more difficult to hire technically skilled workers from outside the U.S. in the future.

Ride-hailing app Lyft said it will give $1 million over the next four years to the American Civil Liberties Union. Lyft's co-founders, Logan Green and John Zimmer, said they "will not be silent on issues that threaten the values of our community."

EMPLOYEE HELP
Drugmaker Merck & Co. said it will offer legal advice and other assistance to its employees.

Uber, the ride-hailing app, said it will offer financial help to employees affected by the ban. The company's CEO, Travis Kalanick, is part of Trump's economic advisory group and said he will bring up the issue with the president on Friday in Washington.

Uber, however, already faced backlash on Saturday after Twitter users criticized the company and encouraged riders to delete the app for charging less than it could at JFK Airport in New York as taxi drivers had halted service for an hour to protest the ban. The move was perceived by some as an effort to profit off the protests as more passengers would need to seek alternatives to cabs.

In an internal memo obtained by CNBC, Bank of America's CEO said the company is closely monitoring the executive order, and subsequent developments.

According to the memo, the company is "connecting with teammates who may be affected, in response to questions."

It continues, saying it is working to have the most "accurate and timely information" to assist potentially impacted members, and that it will share information and updates as times goes on.

A P&G spokesperson told NBC News that the company is providing "full support and assistance during this period of uncertainty" for its employees, business partners and their families.

Yelp CEO Jeremy Stoppelman spoke out against the ban Monday. He posted a copy of an email sent to employees on Twitter. The email, which cites Stoppelman's family's immigrant background, said the company will "do everything in our power to help and protect our affected employees."

HIRING REFUGEES
Starbucks Corp. said it will hire 10,000 refugees over the next five years at its coffee shops around the world and focusing on employing those that have served with U.S. troops as interpreters. CEO Howard Schultz said he plans to reach out to employees more frequently.

"I am hearing the alarm you all are sounding that the civility and human rights we have all taken for granted for so long are under attack," he said in a letter to workers.