The Biden administration on Thursday extended the nationwide ban on evictions for a month to help millions of tenants unable to make rent payments during the coronavirus pandemic but said this is expected to be the last time it does so.

Dr. Rochelle Walensky, director of the Centers for Disease Control and Prevention, extended the evictions moratorium from June 30 until July 31. The CDC said that “this is intended to be the final extension of the moratorium.”

A Biden administration official said the last month would be used for an “all hands on deck” multi-agency campaign to prevent a massive wave of evictions. One of the reasons the moratorium was put in place was to try to prevent further spread of COVID-19 by people put out on the streets and in shelters.

As of the end of March, 6.4 million American households were behind on their rent, according to the Department of Housing and Urban Development. Nearly 1 million said eviction was very likely in two months, and 1.83 million said it was somewhat likely in the same period.

The extension announcement Thursday was accompanied by a flurry of eviction-related administration activity, including by the Treasury Department and the Justice Department. New Treasury guidance was issued, encouraging states and local governments to streamline distribution of the nearly $47 billion in available emergency rental assistance funding. And Associate Attorney General Vanita Gupta released an open letter to state courts around the country encouraging them to pursue a number of alternatives that would protect both tenants and landlords. 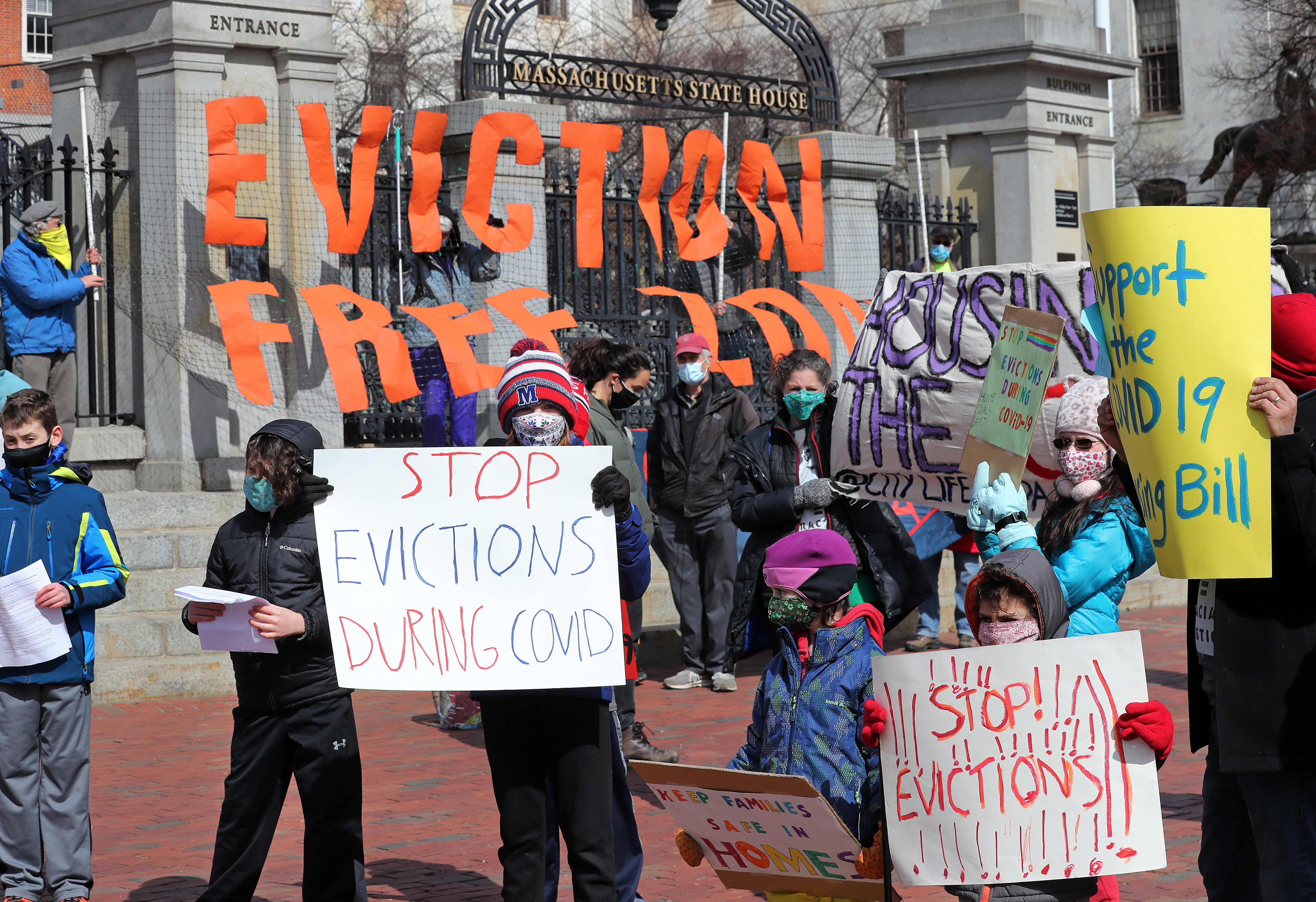 A Massive Wave of Evictions Could Be Coming. Who's at Risk? 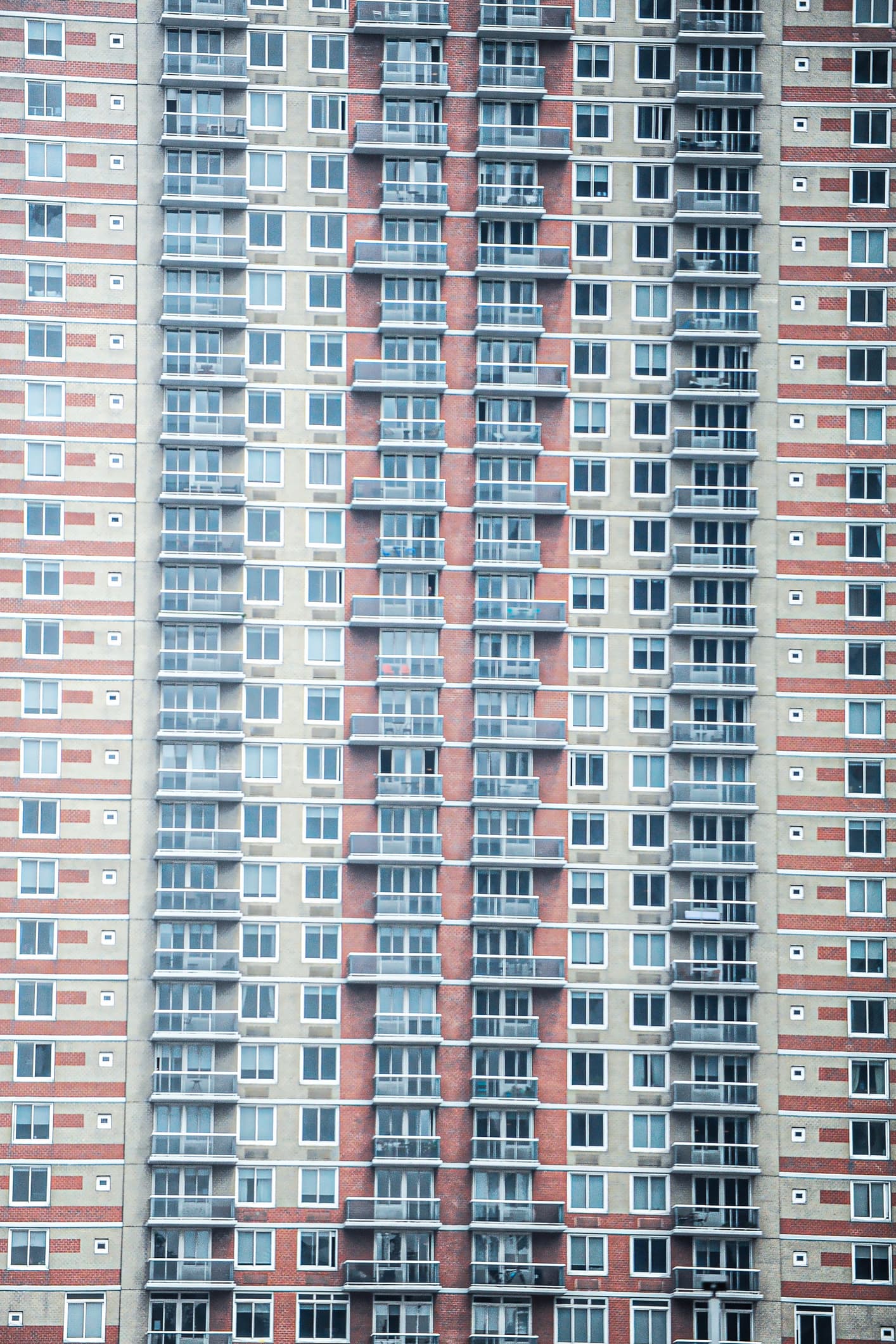 Applying for Rental Assistance Isn't Easy. Here's What You Need to Know

Gupta's letter states that “eviction filings are expected to overwhelm courts across the country,” unless additional steps are taken.

The White House had acknowledged Wednesday that the emergency pandemic protection, which had been extended before, would have to end at some point. The trick is devising the right sort of off-ramp to make the transition without massive social upheaval.

White House press secretary Jen Psaki said the separate bans on evictions for renters and mortgage holders were “always intended to be temporary.”

This week, dozens of members of Congress wrote to President Joe Biden and Walensky, calling for the moratorium to be not only extended but also strengthened in some ways.

The letter, spearheaded by Democratic Reps. Ayanna Pressley of Massachusetts, Jimmy Gomez of California and Cori Bush of Missouri, called for an unspecified extension to allow the emergency rental assistance included in the American Rescue Plan to get into the hands of tenants.

Legal aid groups are warning about a wave of evictions this week, in spite of the extension of the CDC eviction moratorium. The warning follows new guidance for Texas Justice of the Peace courts which hear eviction cases.

Ending the assistance too abruptly, they said, would disproportionately hurt some of the minority communities that were hit so hard by the virus, which has killed more than 600,000 people in the United States. They also echoed many housing advocates by calling for the moratorium’s protections to be made automatic, requiring no special steps from the tenant to gain its protections.

“The impact of the federal moratorium cannot be understated, and the need to strengthen and extend it is an urgent matter of health, racial, and economic justice,” the letter said.

Diane Yentel, president of the National Low Income Housing Coalition, called an extension of the eviction ban “the right thing to do — morally, fiscally, politically, and as a continued public health measure.”

But landlords, who have opposed the moratorium and challenged it in court, were against any extension. They have argued the focus should be on speeding up the distribution of rental assistance.

James Ryan, the President of Time For Homes, join us to speak about housing insecurity and the growing number of evictions as ripple effects from COVID-19.
Copyright AP - Associated Press