Bryant's popularity among Chinese fans was rivaled only by Yao, LeBron James and Michael Jordan

Kobe Bryant was a hugely popular figure in Asia, no more so than in China where basketball rivals soccer as the most popular sport.

However, his death Sunday in a helicopter accident comes at an awkward time between the country and the league. National broadcaster CCTV pulled all NBA games off the air following a tweet in October from Houston Rockets general manager Daryl Morey expressing support for Hong Kong's pro-democracy protests.

The Chinese Basketball Association, led by former Rockets MVP Yao Ming, announced it would suspend all cooperation with the Texas-based team. Yao and the association have yet to comment on the crash Sunday in California that killed Bryant, his daughter Gianna and seven other people.

However, Yi Jianlian, the other Chinese player to find major success in the NBA, took to China's Weibo micro-blogging site to praise Bryant for teaching him the value of persistence.

Michael Jordan, Barack Obama and others lamented the death of NBA star Kobe Bryant, who died in a helicopter crash along with his 13-year-old daughter.

“Thank you! Kobe! Hope father and daughter continue to enjoy basketball in heaven! We will always remember you!," wrote Yi, who signed with six different NBA teams, including briefly the Lakers in 2016. “Rest in peace to the legend," he added in English.

Bryant's popularity among Chinese fans was rivaled only by Yao, LeBron James and Michael Jordan. His playing appearances, including the 2008 Beijing Summer Olympics won by the U.S., were far exceeded by his promotional appearances in the country, both on behalf of his own brand and basketball generally. At a 2013 Lakers preseason game against Golden State in Beijing, the arena rang out with chants of “Kobe! Kobe!” despite the injured superstar not even having suited up for the game.

Commemorations begin rolling in online, many of the accompanied by photos of Bryant and his daughterGianna with the letters R.I.P. Others showed the two dressed in uniform walking away into clouds under a basketball net.

“For our generation, our memories of the NBA begin with Jordan, and move through Kobe and Yao Ming. You were a part of our youth. Already missing the bright sun of Kobe. Go well,” wrote commentator “ZhanHao” on the popular Twitter-like Weibo messaging service.

"Your willpower has inspired a generation. Thank you," wrote "Teacher Kai Ting." "I hope there is basketball in heaven. Kobe just went to another world to play basketball with his daughter," wrote "Cici’s green paper."

At the Australian Open, Americans Coco Gauff and Caty McNally wore written tributes to Bryant on their shoes during their doubles match. The tournament tweeted its condolences to the grieving families, and Romania's Simona Halep said after winning her fourth round match that Bryant's death was a "huge loss for the world, for the sport." Australian tennis legend Rod Laver tweeted he was "terribly sad to wake up to this news."

Timeline: A Look Back at Kobe Bryant’s NBA Career

In Taiwan, where the NBA also is an enormous draw, President Tsai Ing-wen tweeted that her "thoughts go out to the Bryant family & the families of all those who lost loved ones today."

"Kobe inspired a generation of young Taiwanese basketball players, & his legacy will live on through those who loved him," Tsai wrote.

Philippine presidential spokesman Salvador Panelo noted that Bryant had been a frequent visitor to the Philippines. "He was well-loved by his Filipino fans," Panelo said in a statement.

"On the hard court, he was a sight to behold with his dexterity and accuracy in sinking that ball in the ring. He was a master of his craft. The basketball world has lost one of its legendary greats," Panelo said. "The Palace extends its deepest condolences to the family, friends, colleagues, loved ones and fans around the globe who Kobe left behind. We share in their grief."

"He helped make Kobe Beef known throughout the world," he said in a telephone interview with The Associated Press Monday. 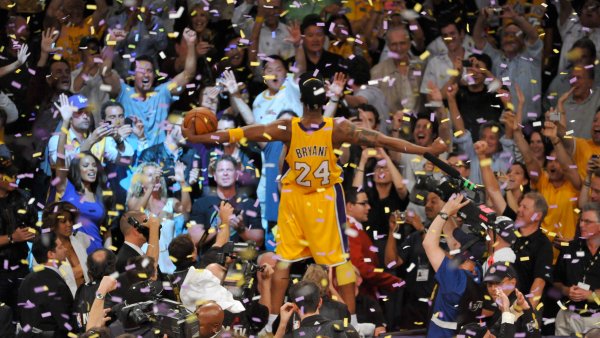 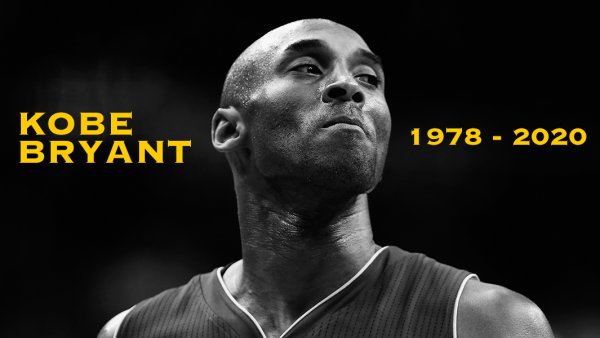 Kobe got his name, the legend goes, after his father ate Kobe beef during a visit to Japan and loved the taste.

Tanimoto, who watches NBA games on TV but has never met Bryant, said people know the story about how Bryant got his name.

"We have always felt a closeness to him," he said. "It is so sad. And we offer our deepest condolences."

Associated Press journalists Yuri Kageyama in Tokyo and Kiko Rosario in Bangkok contributed to this report.