Crews on Monday recovered the body of a construction worker trapped in debris for more than 10 months after the collapse of a Hard Rock Hotel under construction in New Orleans.

The remains of Jose Ponce Arreola, 63, were recovered just before 4 p.m., New Orleans Fire Department Chief Tim McConnell said in a news release from the city. Both McConnell and New Orleans Mayor LaToya Cantrell then attended a private service honoring Arreola's remains with his family.

At least two people are dead, one is missing and 18 injured after a Hard Rock Hotel still under construction in New Orleans collapsed Saturday. NBC's Dan Scheneman reports.

The remains of Quinnyon Wimberly, another construction worker killed during the collapse last October, were recovered earlier this month. At that point, authorities said crews had yet to reach the area on the 8th floor of the structure where they expected to find Arreola's body.

“We are grateful to finally have some measure of closure for both families, who had to experience an intolerable delay,” Cantrell said in the news release. “It is a terrible relief to begin finally bringing this process to an end.”

Both their bodies were originally supposed to be retrieved in July. Bad weather and issues with the robots needed to safely clear the debris had forced delays, McConnell previously said. 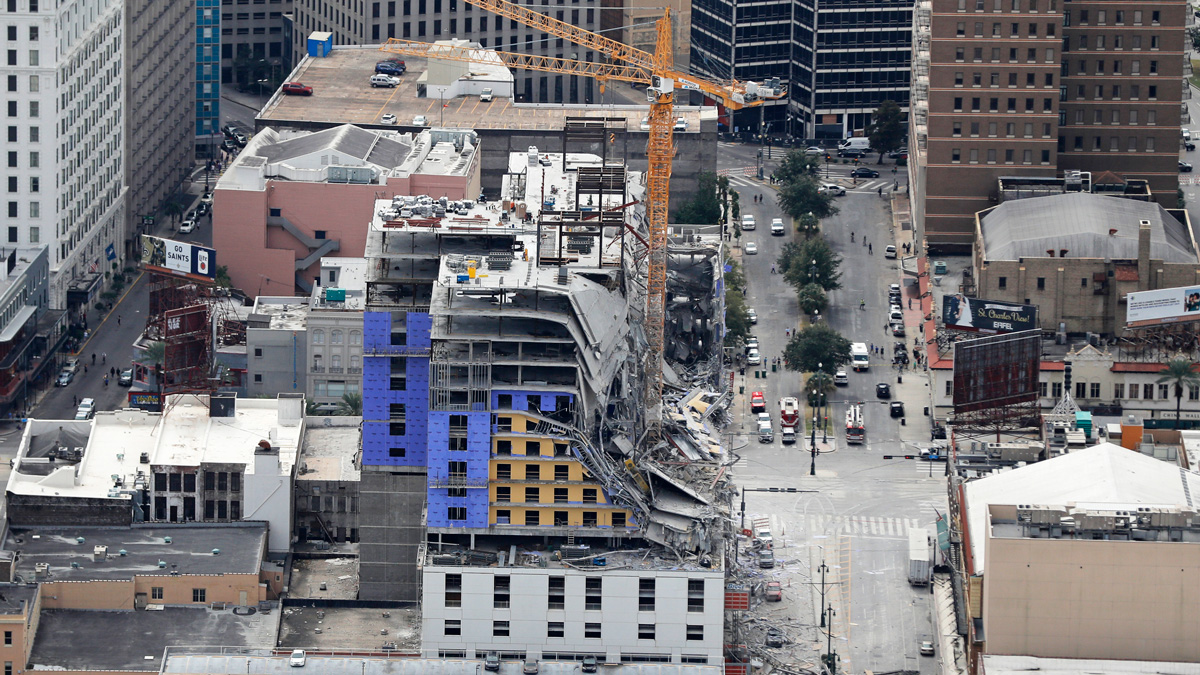 The remains of Anthony Magrette, the third worker killed, were removed the day after the partial building collapsed last Oct. 12.

“I am grateful to God that this day has finally come,” Cantrell said Monday. “Moving forward, we will continue to hold ownership accountable, at every level."