While household balance sheets are solid and unemployment low, wages are not keeping up with inflation, which could dampen consumer spending

The Biden White House is betting the U.S. economy is strong enough to withstand these threats, but there are growing fears of a coming economic slump among voters and some Wall Street analysts.

The next few months will test whether President Joe Biden built a durable recovery full of jobs with last year's $1.9 trillion relief package, or an economy overfed by government aid that could tip into a downturn. On the line for Democrats ahead of the midterm elections is whether voters see firsthand in their lives that inflation can be tamed and the economy can manage to run hot without overheating.

Brian Deese, director of the White House National Economic Council, told reporters this week that the 3.6% unemployment rate and last year's robust growth puts the U.S. in a safe place compared to the rest of the world.

Inflation rose 7.9% in February 2022, the, the biggest rise in the consumer price index in 40 years, the Labor Department reported. But what exactly is inflation? And what is causing it?

“The core question is whether the strength of the US economy is now an asset or a liability,” Deese said. “What we have done over the course of the last 15 months is driven a uniquely strong economic recovery in the United States, which positions us uniquely well to deal with the challenges ahead."

But others see an economy that could struggle to preserve growth while reducing inflation now running at a 40-year high of 7.9%. The Federal Reserve has signaled a series of benchmark interest rate increases and other policies to slow inflation this year, yet Russia's invasion of Ukraine has destabilized the global energy and food markets in ways that could push prices upward.

Deutsche Bank on Tuesday became the first major financial institution to forecast a U.S. recession. And Harvard University economist Larry Summers — a Democrat and former treasury secretary — noted that the U.S. economy has gone into recession within two years each time inflation eclipsed 4% and unemployment was below 5% as they are now.

Joe LaVorgna, who worked in the Trump White House and is now chief economist for the Americas at Natixis, said he expects economic growth this year to be just below 1%, a potentially dangerous level.

While household balance sheets are solid and unemployment low, wages are not keeping up with inflation, which could dampen consumer spending. And supply chain disruptions and higher energy costs will be additional drags.

“The reason why you have a recession when the economy is growing 1% is it’s like a weakened immune system,” LaVorgna said. "Any negative event, even a small one, is going to throw you off course and stall speed becomes a recession.”

Still, because of the strong labor market and household savings, LaVorgna also anticipates that any downturn would be mild.

So far, consumer spending has been healthy even if the public views the economy as anemic. 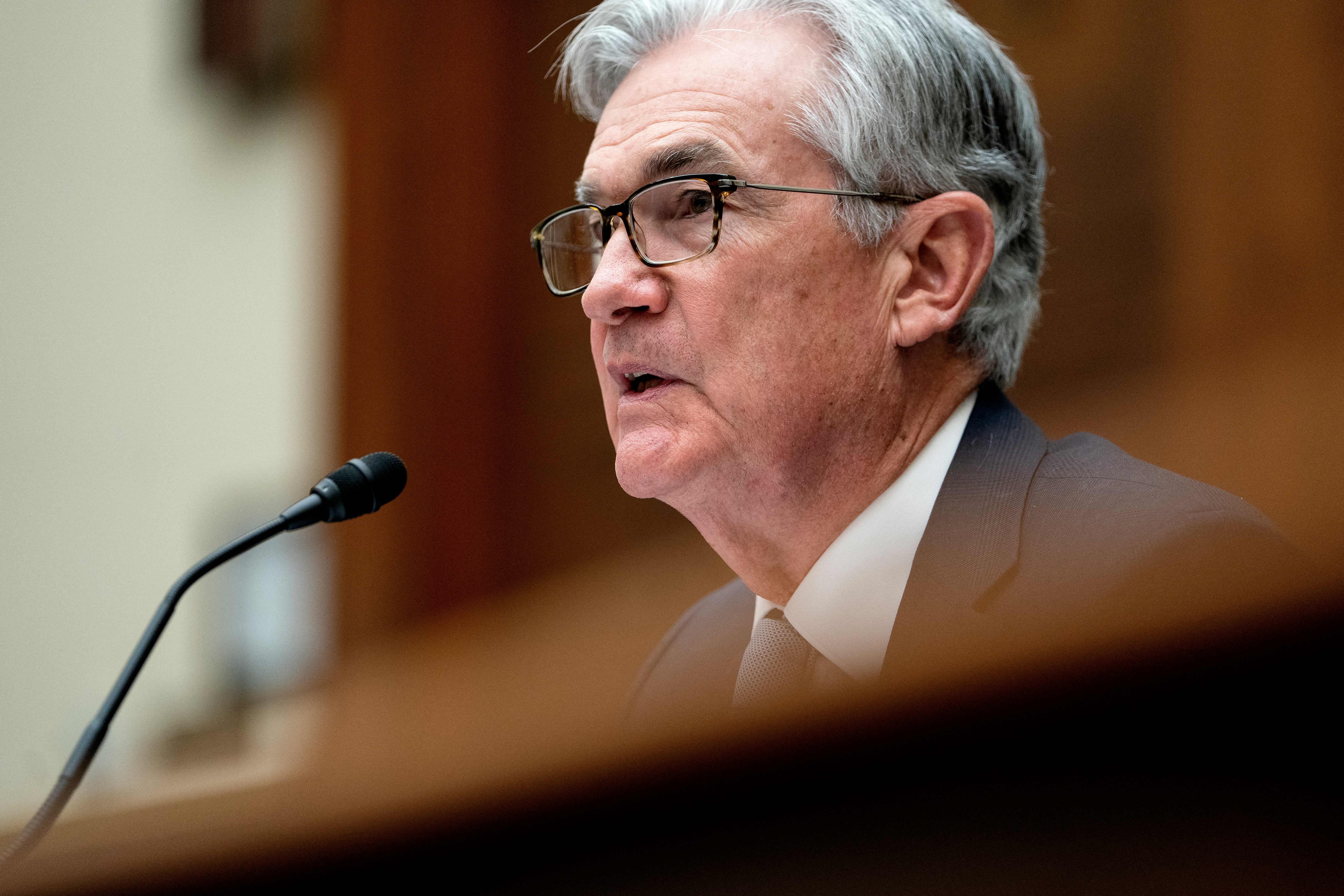 Fed Casting Its Inflation Fight as Battle Against Inequality 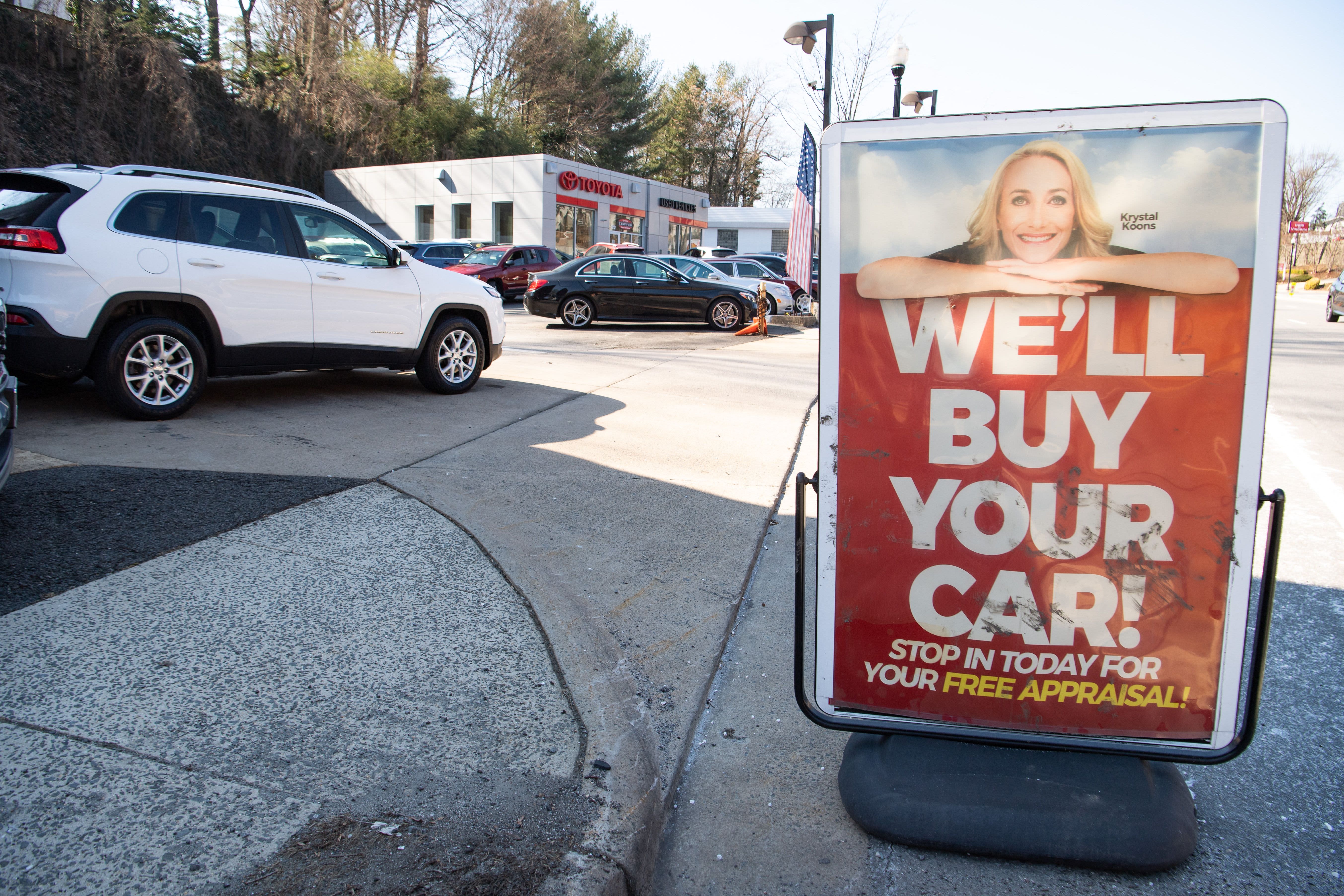 Nearly 7 in 10 Americans believe the economy is in poor shape, according to a poll last month by The Associated Press-NORC Center for Public Affairs Research. Yet Bank of America noted that total debit and credit card spending in March was up 11% from a year ago, and its analysts concluded households are “strong enough to weather the storm provided it doesn’t persist too long.”

There are also signs that consumers are adjusting as higher oil prices have led average gasoline costs to hit $4.15 a gallon, according to AAA. Gas costs have fallen in the past week, but they're still up 45% from a year ago.

One consequence of higher prices is that Americans began to use less oil and gas. The U.S. consumed a daily average of 21.9 million barrels during the first full week of February; the figure fell 9% to 19.9 million barrels during the first week of April, according to the Energy Information Administration. That decline is larger than the normal seasonal drop-off in 2019, the last full year before the pandemic. Gasoline usage has dropped more than 6% during the same period.

A recent Goldman Sachs research note stood out to Biden administration officials because it suggested that job growth and pay increases would cushion the economy from higher commodity prices. Because of the strong labor market, the economy is better protected from commodity shocks than in the recessions of 1974, 1980 and 1990, as well as the 2008 financial crisis.

The White House has watched with some frustration as the public conversation about the economy has been reduced to inflation, believing that largely ignores the strength of the labor market and the idea that families are able to manage the higher prices because of the coronavirus relief provided earlier.

The administration believes that Fed rate increases, as well as a drop in deficit spending this year, will help to lower inflation. But the key message that the White House wants to deliver in response to public fears about the economy is that Biden understands their concerns.

The challenge, however, is that many Americans are so focused on inflation that they believe the job market — and wider economy — is weaker than it actually is. That means the White House has to make a nuanced case in which it recognizes the economic weaknesses but repeats the low unemployment rate again, again and again so that it lodges in the public mind.

The doubts about the economy — despite the solid jobs numbers — are “a signal that we need to continue to make that case clearly and unambiguously,” said Deese.

The U.S. is dealing with the coronavirus pandemic, a worker shortage and soaring prices. NBCLX Political Editor Noah Pransky breaks down what's causing these complex issues, and what the Biden White House is able to do about them.
Copyright AP - Associated Press