Bernie Sanders Contrasts Himself With Biden at Phoenix Rally

Democratic presidential candidate Bernie Sanders drew a sharp contrast between himself and Joe Biden on Thursday in his first major campaign rally since the Super Tuesday primaries essentially made it a two-man race.

The Vermont senator blasted the former vice president for taking money from billionaires and accepting the help of a super PAC. Sanders also slammed Biden’s support for the 2003 Iraq war, trade agreements and Wall Street bailouts during the Great Recession.

Sanders is looking to recapture the momentum that powered him through early states before Biden surged in South Carolina and many of the 14 primary contests Tuesday.

But Sanders also reached out to Biden, pledging to support the former vice president if he wins the nomination.

Sanders also applauded Massachusetts Sen. Elizabeth Warren for running a strong campaign and invited her supporters to join him after she dropped out of the race Thursday.

The rally at the Arizona state fairgrounds is Sanders' first since Biden grabbed the lead in delegates. Trump packed the facility last month and thousands waited outside. Sanders just came close to filling it Thursday.

Sanders' crowd was noticeably younger and more diverse than Trump's, and Sanders spent plenty of time hammering the president. 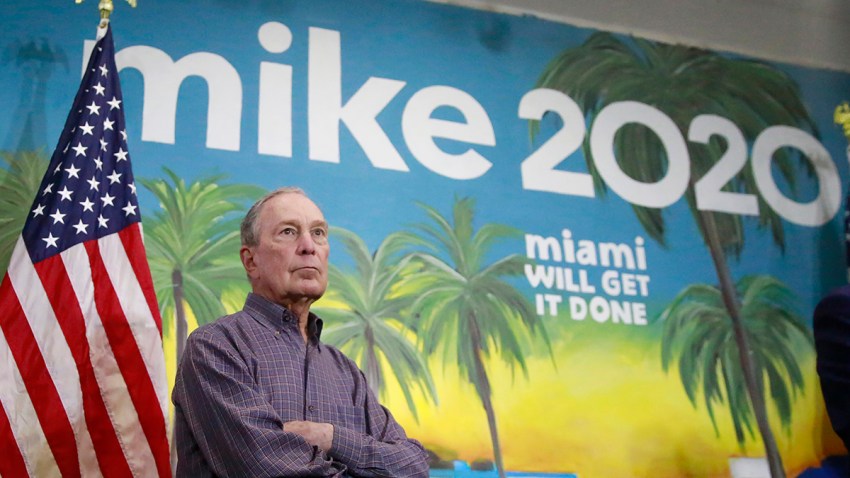 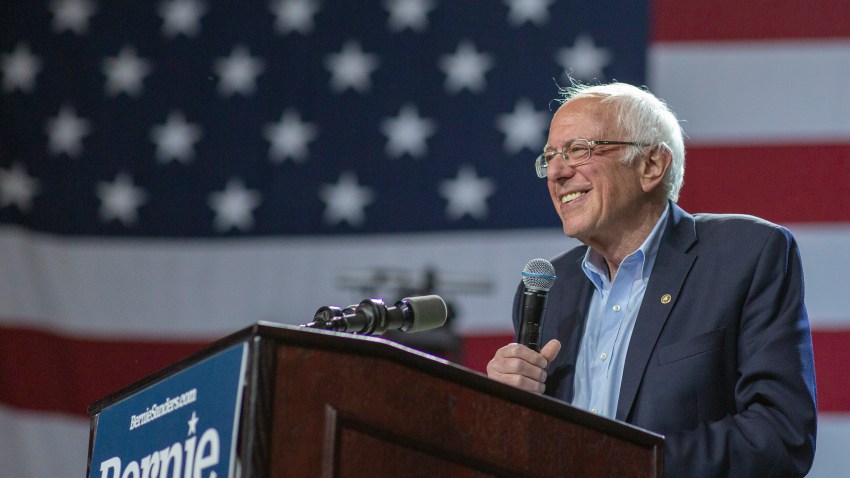 Sanders Struggles to Expand Supporter Base After Warren Exit

He called Trump "the most dangerous president in the history of the United States."

Arizona's primary is March 17, but time is crucial as Sanders looks to shore up support in the state where the overwhelming majority of voters cast a ballot by mail. Ballots went out weeks ago, and many have already been returned.

Hundreds of people lined up before the event to get a good spot for the rally. Many in the crowd were decked out in blue "Bernie" T-shirts or carrying campaign signs.

Among them was Gavin Goodman, 16, an avid Sanders supporter despite not being old enough to vote, and his 72-year-old grandfather, Alan Goodman, who is open to any Democrat who can beat Trump in November.

Sen. Elizabeth Warren, D-Mass., is dropping out of the race for president after not finishing above third place in any of the first 18 primary contests.

"I believe it’s been a long time since someone has really shown class consciousness," the younger Goodman said, latching onto Sanders' mantra that corporations are running government at the expense of the working class. "Especially with Trump in office right now and giving tax cuts for the rich, and they’re acting like oh, these are going to be tax cuts for the working class."

Alan Goodman said he felt the vibe of his youth in the crowd of Sanders supporters.

"It reminds me a lot of the ‘60s when young people were together fighting for the right to get out of the war," he said. "And now it is the guy in the White House — we need to get him out of there."

Sanders began airing an Arizona-focused ad this week that warns of the ravages of climate change, part of a post-Super Tuesday ad blitz in nine states with upcoming primaries. His campaign began ramping up its ground game in Arizona after his victory in Nevada last month.