The one-time home run king was a 25-time All-Star, inducted into the Hall of Fame in 1982

Legendary baseball Hall of Famer Hank Aaron has died at the age of 86, the Atlanta Braves said Friday.

The one-time home run king was a 25-time All-Star, inducted into the Hall of Fame in 1982. Although he still holds a slew of Major League Baseball records, he will likely be best remembered for passing Babe Ruth’s all-time home run leaderboard in 1974, finishing his career with 755.

That record stood for decades until Barry Bonds passed him in 2007.

Playing almost his entire MLB career with the Braves organization, in 1957 he led the team to their first World Series pennant since 1914.

In 1986, Aaron joined the Braves as an executive, serving in various roles for decades.

Later in life, Aaron was showered with honors. In 1999, the MLB introduced the Hank Aaron Award to recognize the top offensive players in each league. In 2002, Aaron was awarded the Presidential Medal of Freedom.

Born Henry Louis Aaron in Mobile, Alabama in 1934, Aaron grew up poor in a big family with seven siblings. He idolized Jackie Robinson and soon found a future in baseball, developing his skills in high school before joining a semi-pro Negro Leagues team. He was later signed to the then-Boston Braves. 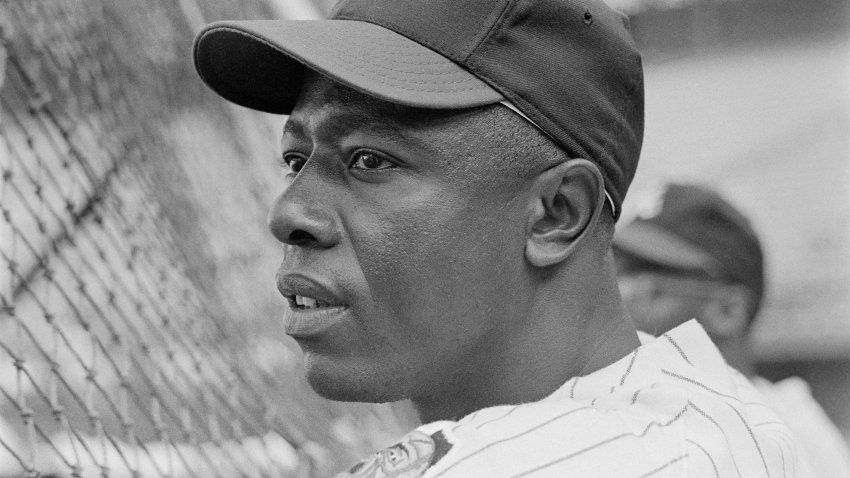 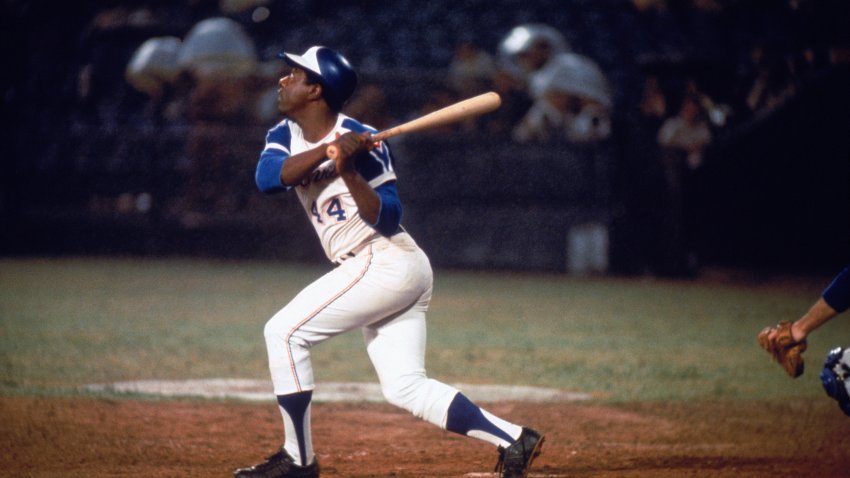 Throughout his time in baseball Aaron faced racist vitriol, including death threats as he chased Babe Ruth's record. In a 2016 interview on "The Dan Patrick Show," Aaron said he kept all of those hate mail letters to remind his grandchildren of the pervasive racism he faced.

Boxer Muhammad Ali once called Aaron “The only man I idolize more than myself.”

His autobiography, "I Had a Hammer" was published in 1990, the title a play on his nickname, "Hammerin' Hank."

Aaron is survived by his wife, Billye and his six children.

On the news of his death, there was an outpouring of condolences and remembrances, including from the Braves.

Former President George W. Bush issued a statement that read, "Laura and I are saddened by the passing of Hank Aaron. The former Home Run King wasn’t handed his throne. He grew up poor and faced racism as he worked to become one of the greatest baseball players of all time. Hank never let the hatred he faced consume him. Henry Louis Aaron was a joyful man, a loving husband to Billye, and a proud father of six children who will deeply miss him. Laura and I send them our condolences and our thanks for sharing this great man with our country."

Atlanta Mayor Keisha Lance Bottoms remembered Aaron for his contributions to the city, his longtime home.