Trump sharply increased his focus on law and order after unrest broke out in Kenosha, Wisconsin, last week over the shooting of Jacob Blake

After struggling for much of the year to settle on a clear and concise reelection message, President Donald Trump appears to have found his 2020 rallying cry.

Four years ago, it was “Build the Wall," a simple yet coded mantra to white America that nonwhite outsiders threatened their way of life. This week, Trump has re-centered his campaign on another three-word phrase that carries a similar racial dynamic: “Law and Order.”

For much of the summer, the Republican president flirted with the bumper-sticker slogan championed by Richard Nixon and George Wallace in 1968. But Trump sharply increased his focus on law and order after a white police officer in Kenosha, Wisconsin, shot Jacob Blake, a Black man, multiple times last week as Blake's three children watched, sparking protest-related violence.

The president toured the Midwestern city on Tuesday, meeting with law enforcement officials and businesses affected by the protests. He largely ignored Blake's family.

Joe Biden’s large lead over President Trump among likely Gen Z voters has narrowed slightly since the August conventions, according to a Morning Consult poll. This leaves both campaigns with an opportunity to capitalize on that key demographic in crucial swing states. NBCLX’s Noah Pransky breaks down the latest poll.

“Kenosha has been ravaged by anti-police and anti-American riots," he declared.

First, it ignores the health and economic crises affecting tens of millions of Americans under Trump's watch. Democrat Joe Biden has repeatedly accused Trump of surrendering to the pandemic, and the president's focus on isolated incidents of violence amid such widespread suffering threatens to reinforce Biden's point. The pandemic's death toll exceeded 185,000 Americans on Tuesday with no end in sight.

Second, history suggests that Trump's strategy won't work given that any violence that occurs is happening under his presidency.

Nixon invoked law-and-order rhetoric to win white voters in 1968, but he was forced to abandon it once he became the incumbent, according to Princeton University history professor Kevin Krause. Nixon adopted a new message after Republicans suffered deep losses in the 1970 midterm elections when they sough to resurrect law and order as a focus.

President Donald Trump discussed split-second decisions made by law enforcement saying "they choke, sometimes" and that is what get's all the attention, but the "tens of thousands of great things they do, nobody covers that."

Nearly 50 years later, Trump's GOP also suffered deep losses in the 2018 midterms after the president warned that a massive caravan of Latin American immigrants was trying to cross the southern border — a variation of the same message he's embracing this year. Instead of immigrants in 2020, however, Trump's peddling notions of dangerous mobs of largely African American rioters.

“The problem is if you’re the incumbent, you represent the law and the order," Krause said. "An incumbent who presses the issue is effectively making the case for his opponent, not himself.”

Krause noted that Biden has already borrowed a page from history to challenge Trump's strategy. The Democratic nominee on Monday used the same “are you better off?” rhetoric successfully employed by Franklin Roosevelt and Ronald Reagan when they defeated incumbent presidents.

“Does anyone believe there will be less violence in America if Donald Trump is reelected?” Biden asked Monday in a speech in Pennsylvania. “He keeps telling us if he was president you would feel safe. Well, he is president.”

Trump is also applying the law-and-order mantra selectively. While he decries violence, he excused his overwhelmingly white supporters who clashed with Black Lives Matter protesters last weekend in Portland, Oregon, saying their use of paintball guns was a “defensive mechanism.” And as he blasted troublemakers, he suggested that a white 17-year-old who has been charged with killing two men during the mayhem in Kenosha acted in self-defense.

Still, for lack of any other cohesive message as the 2020 election enters its final phase, Trump is going all in on law and order, which is aimed directly at the same coalition of white, suburban and rural voters who fueled his White House victory four years ago.

The states Trump's campaign has targeted for expansion in 2020, Minnesota and New Hampshire, are all far whiter than the nation as a whole with large shares of suburban and rural populations. Such voters were far more sympathetic to Trump’s nationalistic immigration and economic policies four years ago, and his campaign believes they will be receptive to his law and order messaging now.

While the nation’s attitudes toward racial injustice shifted dramatically after the death of George Floyd in police custody in May was captured on video, Trump’s team is convinced that months of occasionally violent protests — and the president’s persistent highlighting of them — have changed the calculus for some voters. 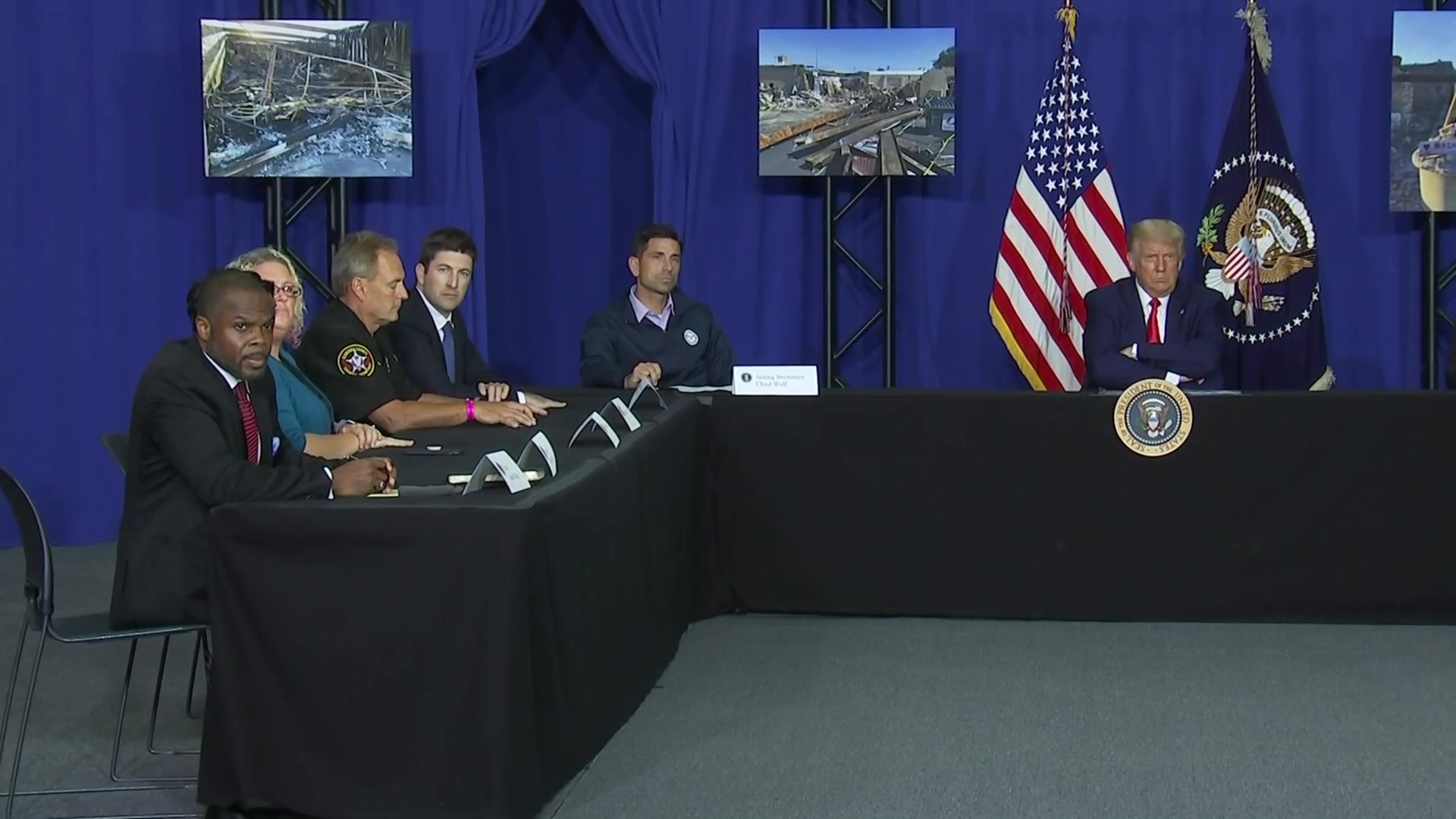 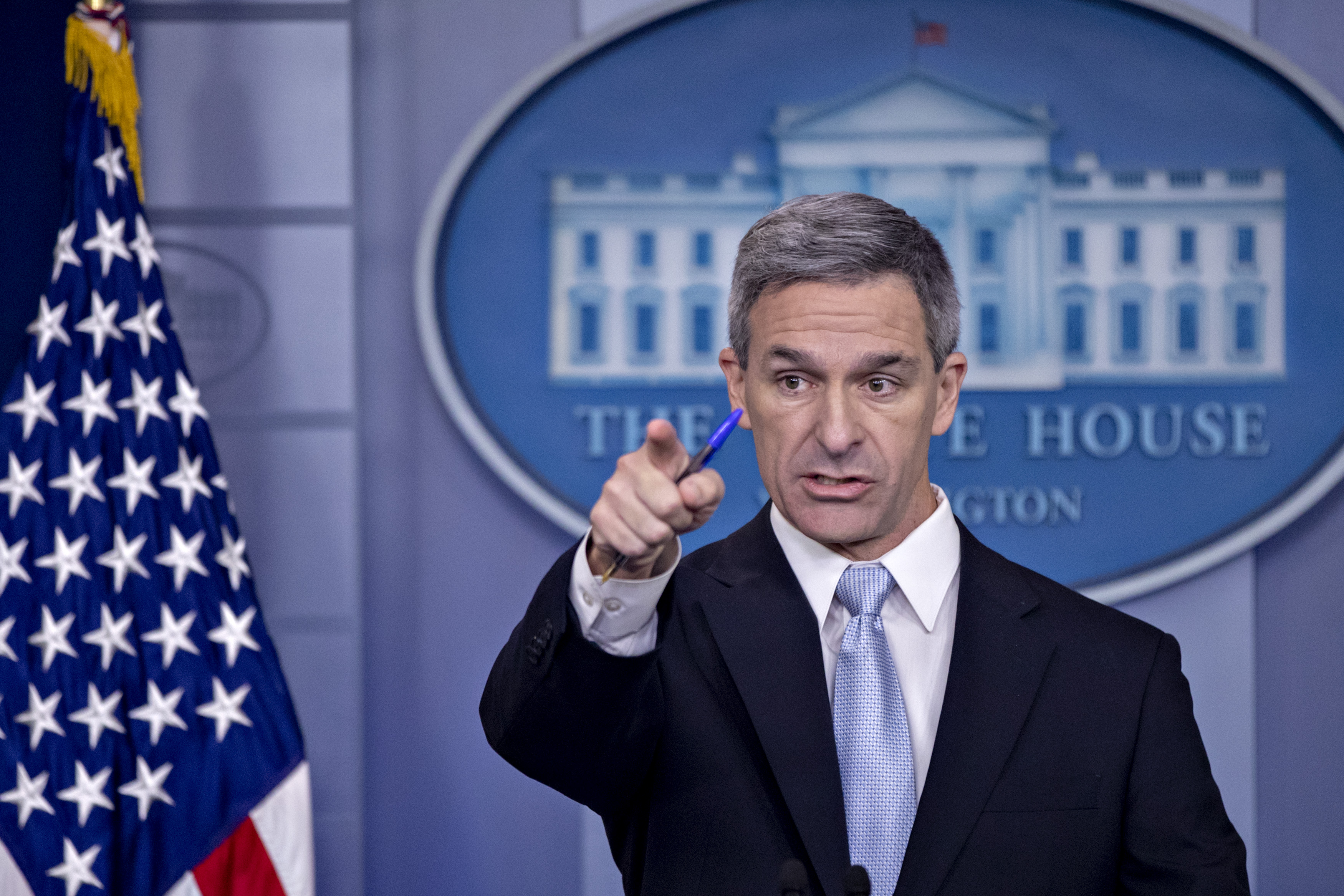 For months, Trump and his allies have tried to hold deep-blue cities as the cautionary tale for the nation. With Kenosha, they believe they have their proof positive to Trump’s warning to suburban voters that their towns could be next.

Recent polling suggests that public support for the Black Lives Matter movement, which peaked after Floyd's death, has leveled off.

A Marquette University Law School poll found that approval of the protests among Wisconsin voters slipped from 61% in June to 48% in August. Favorable views of the Black Lives Matter movement also dipped from 59% to 49% over the same period, although Wisconsinites were still more likely to have a favorable opinion than an unfavorable one of the movement.

And voters were not pleased with Trump's handling of the protests: 58% disapproved and just 32% approved, Marquette found.

Yet Trump's allies believe there has been a definite shift in the suburbs, particularly among suburban men.

President Trump and Joe Biden are preparing to return to the campaign trail after a weekend of protests. Biden will speak Monday in Pittsburgh, while the president on Tuesday will take his law and order message to Kenosha, Wisconsin. The president's planned visit, which does not include a meeting with Jacob Blake's family, comes despite requests from the governor and mayor to stay away.

There is reason to be skeptical that protest-related violence will continue to be a top priority for swing voters throughout the fall, especially if the incidents of looting and violence subside as they have in other cities over the summer.

But for now, Trump is betting his political future on law and order.

The people of Kenosha, he said Tuesday, "want people that are going to keep them safe, where their houses aren’t broken into, where they’re not raped and murdered.”