An airplane circled above Churchill Downs on Saturday, flying a banner behind it: “Arrest the cops who killed Breonna Taylor,” it said.

The 146th Kentucky Derby became a surreal distillation of the crises facing the country in 2020, in the hometown of Taylor, a 26-year-old Black emergency medical technician shot dead in her home in March when police burst in to serve a search warrant in the middle of the night.

Inside the racetrack, the stands were mostly empty and wagering windows closed as fans were banned because of the coronavirus pandemic. Outside, thousands of protesters leaned into the gates, chanting Taylor’s name. Armored police vehicles in the parking lot replaced the normal throngs of Derby-goers in seersucker and showy hats.

As the horses rounded the track, the protesters shouted and stomped, trying to make enough noise so that no one inside could ignore them.

Authentic upset Belmont Stakes Winner Tiz the Law to win the 146th Kentucky Derby. This year's derby was postponed from May due to the coronavirus pandemic.

The protests were peaceful. The demonstrators marched 2 miles (3 kilometers) from a city park and circled the track. They chanted “No justice, no Derby!” and carried signs imploring people to say Taylor’s name. Inside the gate, police stood guard in riot gear with clubs, some on horses and some with armored military vehicles.

The investigation into Taylor’s March killing is ongoing and no charges have been filed.

“What are we celebrating?” one of the organizers, Brittany Wiley, told the crowd. “We don’t want mint juleps. We want justice. We’re not partying. We’re protesting. No justice? No Derby.”

Taylor Sanders, 24, looked up from the crowd of protesters at the plane overhead. As a Louisville native, the Derby is a special time for him and his family. Back in February, before the pandemic, he had shopped for tickets and planned to attend. But even if fans had been allowed inside, he said, it wouldn’t have felt right to go. His grandparents came of age during the Civil Rights movement. And still here he is, generations later. He said he doesn’t want his children to have to march, too.

Actress Lauren E. Banks from Showtime's "City On A Hill," joined us to talk about her experience as one of the eighty-seven demonstrators arrested and held for more than 20 hours after a massive protest demanding justice for Breonna Taylor.

“We are here as one,” he wants the protest to say to his hometown. “When they see our solidarity, they will have to understand that we are serious. We want justice for Breonna Taylor. And not just for her. For us all.”

When the race ended, the protesters quickly headed out. There was no violence, though the prospect of a large-scale demonstration on Derby Day, on top of the pandemic, had left the city on edge.

As the first race started Saturday morning, a group of self-described “patriots” marched through downtown as a counterprotest, many carrying assault rifles and campaign flags for President Donald Trump. They went to a square in the heart of downtown where demonstrators have kept vigil for more than 100 days. There were confrontations between the groups, but no violence.

The large protest at the racetrack march briefly crossed paths with a pro-gun Black group that calls themselves the NFAC. Some local protesters have disagreed with their tactics. The group marched in Louisville in July and an accidental shooting injured three members. On Saturday, about 100 members of the NFAC marched through but diverged from the large protest group and kept moving without incident. 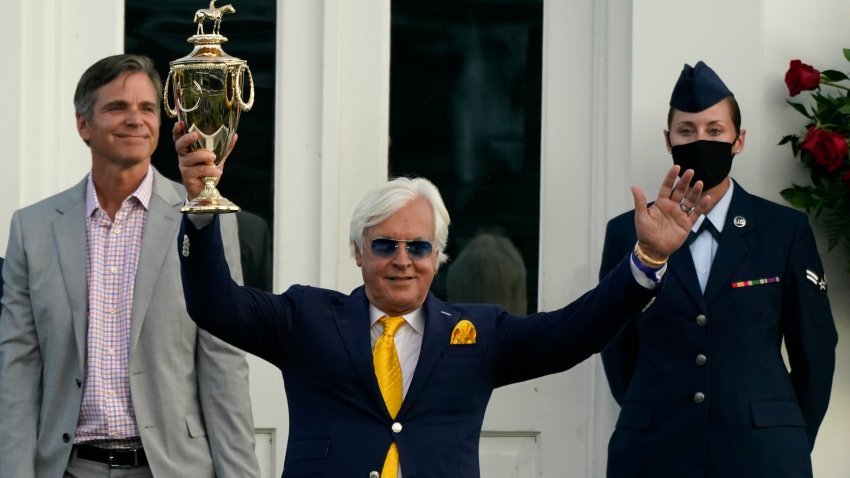 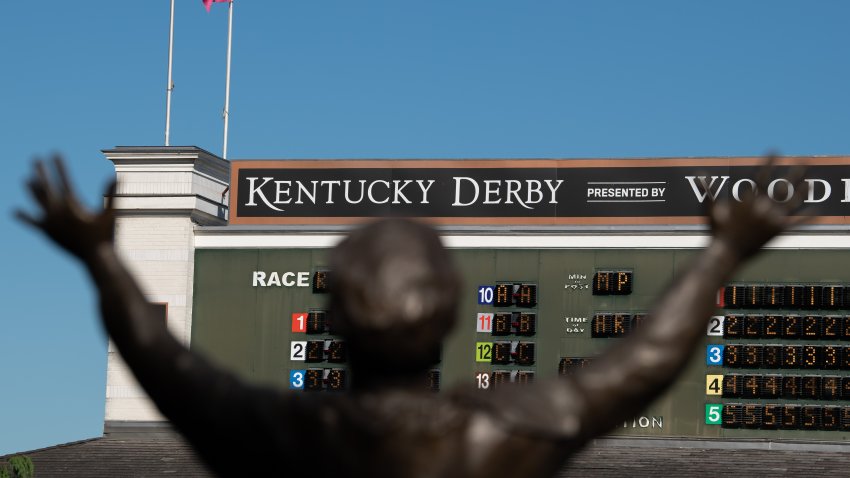 Kentucky Derby Will Play ‘My Old Kentucky Home' Despite Criticism

On normal years, the Derby is a two-week long party.

Wanda Martin lives across from the backside of Churchill Downs. Usually her lawn is filled with people, food and music and dancing. Friends come from all over the county to visit. Martin grew up in the horse racing business. She worked for trainers, feeding and caring for the racehorses.

It is usually her favorite week of the year. She always sells T-shirts with sayings like “Talk Derby to me” and “Go Baby Go!”

The only thing she could come up with to put on her shirts this year was “2020 Worst Derby Ever.”

She hung them from a clothesline across the front of her lawn.