Authorities combing areas of North Carolina flooded by the remnants of Tropical Storm Fred said Thursday that two people have been found dead and about 20 were unaccounted for.

Meanwhile, Fred — now a post-tropical cyclone — was pushing through New York and New England with drenching rains, and Tropical Storm Henri was sending dangerous waves onto East Coast beaches. Forecasters said Henri will likely strengthen into a hurricane as it approaches the northeastern U.S. early next week.

In western North Carolina, Haywood County Emergency Services announced Thursday that two people were confirmed dead after the flooding that prompted dozens of water rescues. Their identities were not immediately released. Around 20 people remained missing. The storm that blew through the area Tuesday made roads impassible, washed out bridges and swamped homes and businesses.

Another Fred-related death was reported earlier in the week in Florida, where a driver hydroplaned and flipped his car into a flooded ditch.

More than 200 people searched flooded areas along the Pigeon River. At least 10 bridges were damaged or destroyed in the Cruso community, where engineering teams worked to construct temporary bridges to allow people in and out of their homes.

Kevin Sandefur, CEO and founder of BearWaters Brewing Company in Canton, told reporters the flooding wiped out an outdoor seating section the brewery added to make customers feel safer during the pandemic.

“It was very frightening. I was more concerned for everybody’s safety," he said. “My partner was the last one out of the building and barely made it out of here in his truck before they closed the bridges and the streets because it was up that high. It’s very scary how quickly it came up and overwhelmed us.” 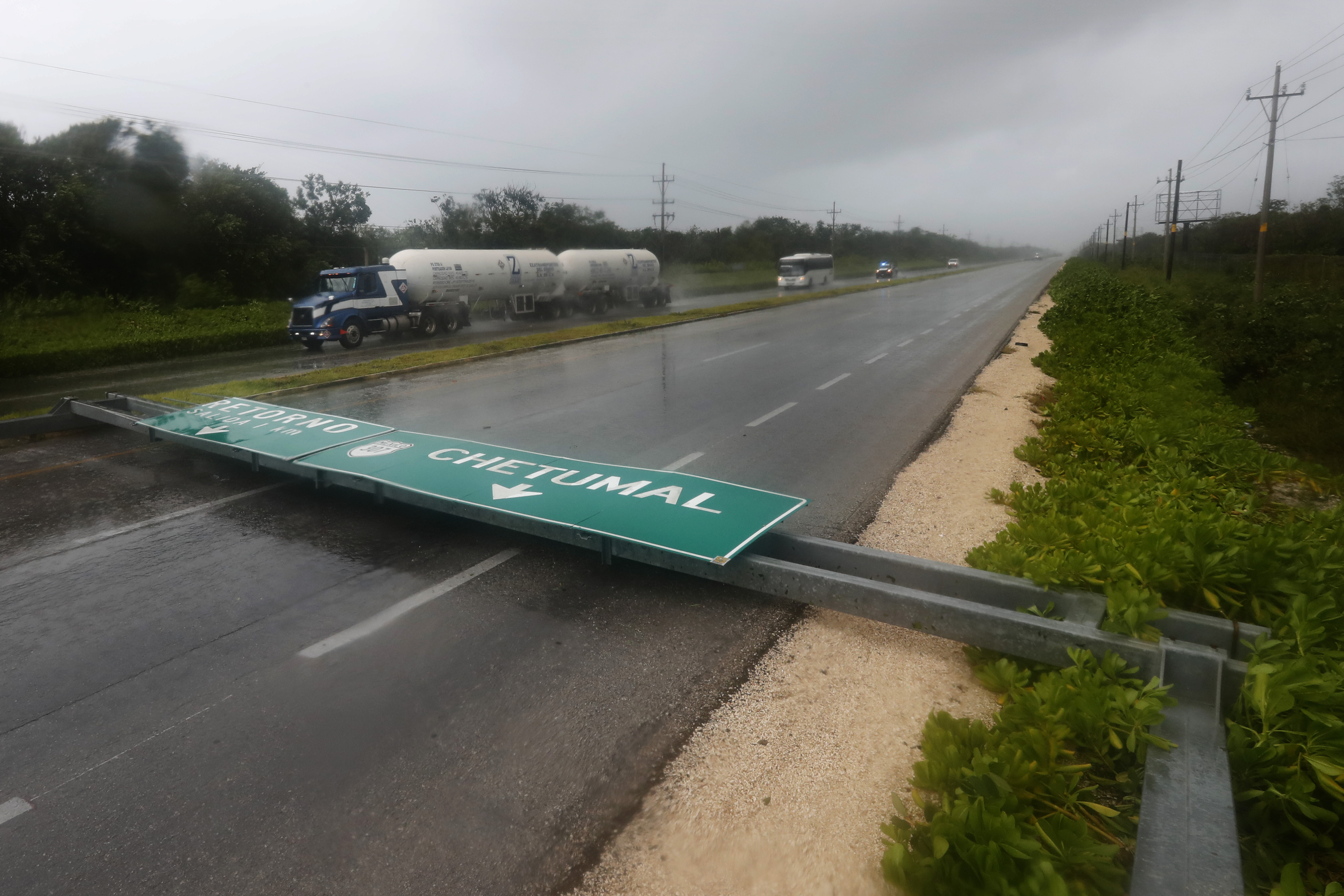 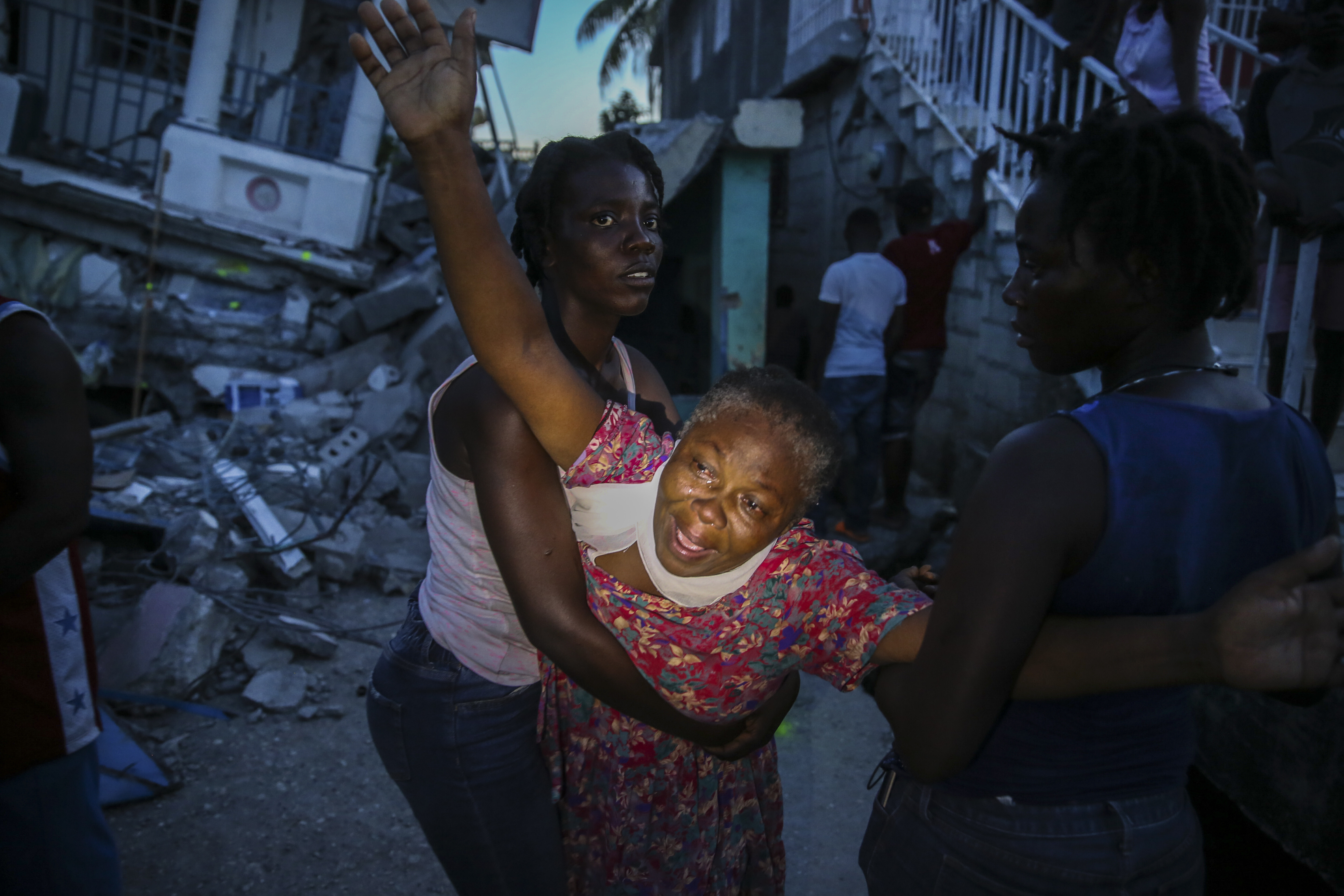 Death Toll of Powerful Earthquake in Haiti Soars to 1,297

An emergency shelter at a nearby high school housed 11 people Thursday.

North Carolina Democratic Gov. Roy Cooper surveyed flood damage Thursday afternoon, vowing afterward to help the area rebuild and noting: "“Storms are more ferocious than they were before. Climate change has contributed to that.” Republican U.S. Sen. Thom Tillis toured the area earlier in the day.

Farther north, about 10 families evacuated their homes in the rural town of Western in central New York as waters rose.

“I’ve got three roads that are closed and 15 that have flooding,” said Western town Supervisor Diane Butler, who noted the town is still recovering from a tornado last month that downed trees and damaged homes.

Butler said there were no injuries.

Officials from the Cayuga County sheriff’s office in the Finger Lakes tourist region said they were barricading roads as they warned on social media that flooded roads may be washed out or have heavy currents.

As of late Thursday morning, Fred was blowing through upstate New York with maximum sustained winds of about 25 mph (34 kph), according to the U.S. National Hurricane Center. Forecasters said it was expected to produce between 1 and 3 inches of rain (2.5-7.6 centimeters) across New York and New England, with isolated spots getting more. The flood threat was expected to diminish by Friday. Its center was about 50 miles (75 kilometers) west-northwest of Albany.

Swirling in the Atlantic was Tropical Storm Henri, which is expected to become a hurricane offshore late Friday along a path that will likely take it parallel to the East Coast. Its center was forecast to approach southern New England by Monday.

Anderson is a corps member for the Associated Press/Report for America Statehouse News Initiative. Report for America is a nonprofit national service program that places journalists in local newsrooms to report on undercovered issues.