Warning: Details in this story are graphic and may be disturbing to some readers.

The two men accused of a "savage and grisly" slaying as part of a murder-suicide sexual fantasy in Chicago were scheduled to be in court again Monday.

Former Northwestern University professor Wyndham Lathem, 43, and Oxford employee Andrew Warren, 56, were slated to appear before a judge at 12 p.m. in a simple hearing to set a new court date. 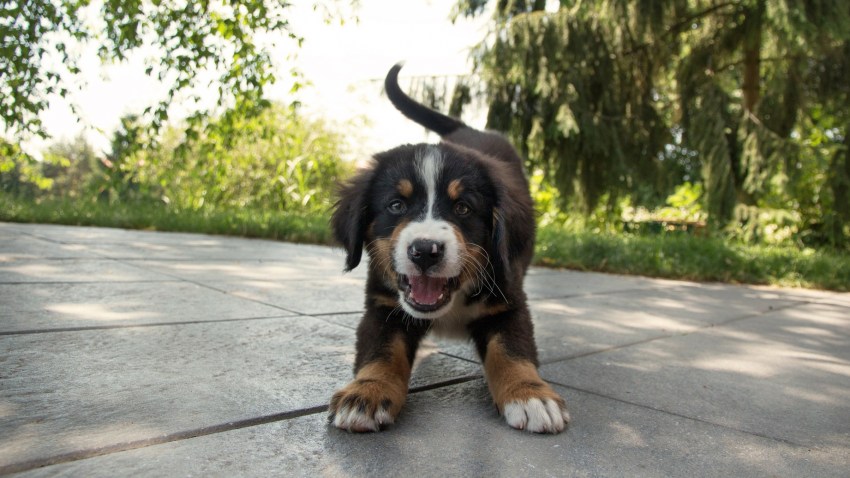 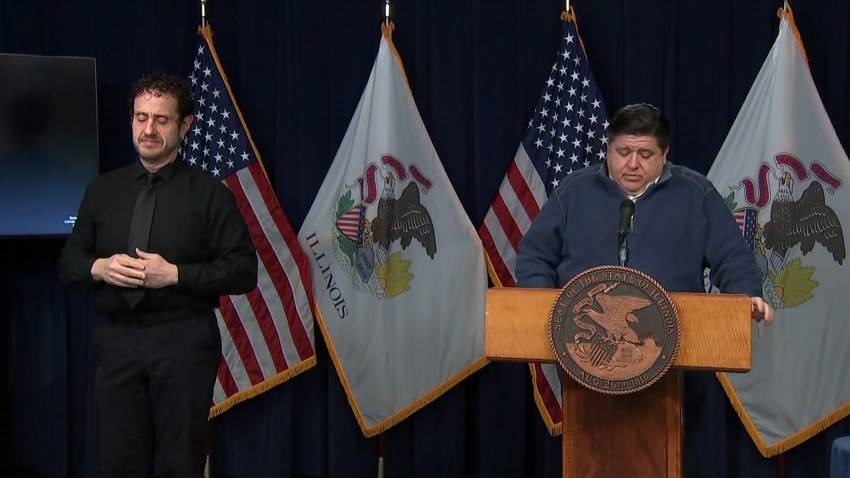 This appearance comes just one day after the men were ordered held without bond in the "gruesome" stabbing death of a 26-year-old hairdresser that prosecutors said was plotted in an online chat room.

Prosecutors on Sunday detailed the alleged pre-meditated attack that ended in the murder of Trenton H. James Cornell-Duranleau, who was found "nearly decapitated" inside Lathem’s River North condo on July 27.

Authorities said the suspects committed the crime as part of a sexual fantasy of "killing others and then themselves," alleging that the men ultimately planned to kill one another – with Warren shooting Lathem as he stabbed him – after committing several murders.

Authorities said Warren admitted that the two met on the internet and communicated about their shared fantasy for several months before Lathem paid for him to come to Chicago from England in late July to carry out their plan.

Prosecutors said Lathem picked Warren up at O’Hare Airport a few days prior to the brutal killing, and after Warren arrived, the men "discussed who they would kill and when," settling on Cornell-Duranleau, who was Lathem’s boyfriend, to be their first victim.

On July 26, authorities said Lathem rented a room for Warren at the Palomar Hotel, within walking distance of his home at the Grand Plaza Apartments, located at 540 N. State St.

Cornell-Duranleau arrived at Lathem’s residence that evening, according to police, who said the two were seen on surveillance video entering the building together.

After Cornell-Duranleau fell asleep, prosecutors said Lathem texted Warren "that it was time to kill" and to come to his apartment.

Surveillance footage captured Warren entering the lobby of Lathem’s building at around 4:30 a.m., officials said – roughly a half hour before witnesses told detectives that they heard "what sounded like a fight and screaming."

Once he arrived, Warren told investigators that he and Lathem conferred in the bathroom, where Lathem allegedly took a drywall knife out of its packaging before authorities said he handed Warren a cell phone, telling him to record the murder.

Prosecutors said Lathem then left the bathroom, entering the bedroom to repeatedly stab Cornell-Duranleau, who woke up and "began to scream and fight back."

Lathem called to Warren for help in controlling Cornell-Duranleau, authorities allege, at which point Warren placed his hand over the victim’s mouth, then struck him in the head with a heavy metal lamp.

Warren then went to get two kitchen knives, prosecutors said, and returned to join Lathem in continuing to stab the victim – using so much force that the blade of one of the knives broke.

According to prosecutors, the victim’s last words to his boyfriend and alleged killer were, "Wyndham, what are you doing?"

Authorities said Lathem and Warren then showered and attempted to clean up the scene before leaving the apartment at around 5:24 a.m., at which point they were once again seen on surveillance footage exiting the property together, according to police, who said they fled Chicago shortly thereafter.

The men rented a car and left an anonymous cash donation of $5,610 to the Howard Brown Health Center in Cornell-Duranleau’s name before driving to Lake Geneva, Wisconsin, authorities allege.

That evening, Lathem donated another $1,000 in the victim’s name to the Lake Geneva Public Library, according to CPD Detective Commander Brendan Deenihan, who said he then requested to use the phone and anonymously called his apartment building, alerting security to check a residence on the 10th floor "because a crime may have been committed."

"What I can tell you is it was not domestic in nature like a husband-wife, or boyfriend-boyfriend, or a love triangle; that was not the motive," Deenihan said at a news conference on Sunday, before the suspects appeared in court. "It was a little bit more dark and disturbing, as far as I’m concerned."

Around 8:30 p.m., a doorman and Chicago police officers entered the apartment to discover the body of Cornell-Duranleau, who authorities said had been dead for more than 12 hours.

When the victim’s body was moved, he appeared to have been nearly decapitated, prosecutors said, and he had sustained multiple wounds that would have been mortal in and of themselves.

An autopsy found Cornell-Duranleau died of multiple sharp force injuries, according to the Cook County Medical Examiner’s office, and his death was ruled a homicide. A toxicology report released Friday found that he had methamphetamine in his system at the time of his death.

Warren and Lathem fled, sparking a nine-day, nationwide manhunt, during which officials said Lathem sent a video message to friends and family members, allegedly apologizing for his involvement in the crime.

In the video, prosecutors said Lathem claimed "he is not the person people thought he was," admitting that Cornell-Duranleau trusted him completely and that he had "betrayed that trust."

Both men were taken into custody separately in northern California on Aug. 4. Warren was arrested in San Francisco, while Lathem later surrendered at the federal courthouse in Oakland after communicating with authorities, according to the U.S. Marshals office.

Once in custody, prosecutors said Warren confessed to plotting the murder-suicide fantasy, and admitted that there was a plan to kill another victim the morning after Cornell-Duranleau’s death – though he didn’t know if the person showed up at Lathem’s condo after they fled.

"I can only describe the course of events that lead to Mr. Duranleau’s murder as unquestionably tragic," Chicago Police Superintendent Eddie Johnson said Sunday, the day after Lathem and Warren were extradited to Chicago.

Upon arrival, authorities said detectives interrogated the men, who were then formally charged with first-degree murder.