In his customary seat next to the bench, Ted Leonsis sported a No. 42 jersey in support of his suspended forward. By the time the game was over, the Washington Wizards owner stood and cheered as the crowd chanted "Free Ne-ne!!"

Trevor Ariza had a career playoff-high 30 points, and the Wizards scored the first 14 points of the game and barely looked back Sunday, overcoming the absence of their so-called "X-factor" as they beat the Chicago Bulls 98-89 to take 3-1 lead in their Eastern Conference series.

Ariza made 6 of 10 3-pointers, John Wall added 15 points and 10 assists for the Wizards, who forced 16 turnovers and committed only six. The other big difference came at the 3-point arc, where Washington went 8 for 19 and Chicago just 4 for 19. 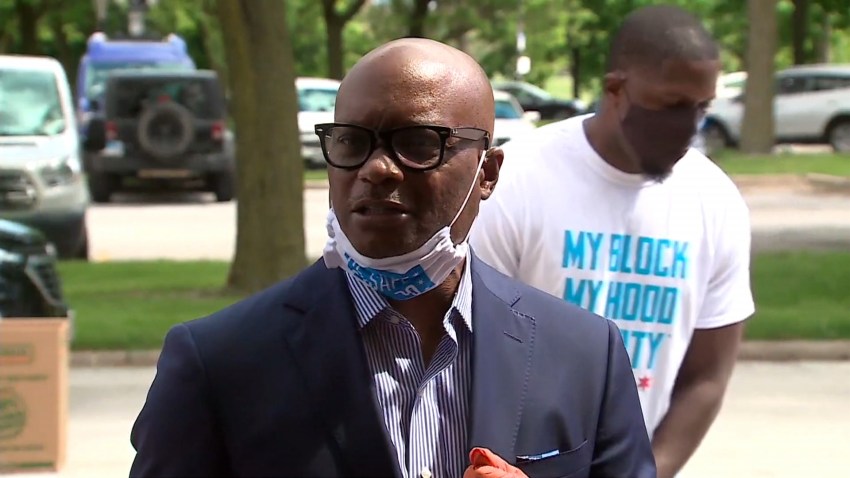 The Wizards, seeking to win a playoff series for only the third time since the 1970s, can finish off the Bulls in Game 5 on Tuesday in Chicago.

Taj Gibson scored a career-high 32 points on 13 for 16 shooting for Chicago, but his teammates combined to go 22 for 62 from the field. He made more field goals in the first half (8) than the rest the Bulls combined (7). Mike Dunleavy, who scored 35 points in Game 3, could barely get a look, much less a basket. He went 0 for 3 from the field in the first half and finished 3 for 8 with six points.

Chicago's Kirk Hinrich committed four turnovers, and NBA Defensive Player of the Year Joakim Noah had a quiet 10 points and 15 rebounds against the Nene-less Wizards.

Nene was suspended for the game after grabbing Jimmy Butler's head during a face-to-face confrontation in the fourth quarter of the Wizards' Game 3 loss. Wall this week called Nene the "X-factor," and for good reason: Since the March 2012 trade that brought the Brazilian to D.C., Washington is 65-63 when he plays and 21-41 when he doesn't, although the club did hold its own by winning 12 of 21 when Nene went down with a knee injury late in the regular season.

Washington stormed to a 14-0 lead, with Bulls coach Tom Thibodeau calling a timeout after each Wizards "touchdown." Chicago's first seven possessions consisted of six missed shots and two turnovers. Butler finally got the visitors on the board with an 18-footer 4:12 into the game.

The next sequence: Hinrich hit the side of the backboard with a baseline jumper, and Ariza hit a 3-pointer that took an odd carom off the rim to make the score 17-2. The ball was truly bouncing Washington's way.

Trevor Booker, starting in Nene's spot, swung his right arm and scowled after rejecting a D.J. Augustin layup attempt, but

But foul trouble took its toll on the Wizards' non-Nene frontcourt. Booker, Marcin Gortat, Drew Gooden and Al Harrington all had two fouls by early in the second quarter. Shortly after picking up his third, Booker — while seated on the bench — and Gibson were assessed double technicals, the ninth and 10th technical fouls issued in the feisty series.

The Bulls pulled within four in the second quarter, but the Wizards closed the half on a 21-10 run. Bradley Beal swung the ball to Ariza on the right baseline for a 3-pointer at the horn, giving the Wizards a 55-40 lead at the break.

The Wizards led by 23 early in the fourth, but the Bulls threatened a late comeback. Gibson's jumper with 1:41 to play made the score 91-83, the first and only time Chicago pulled within single digits in the second half.

But a layup by Gortat and a Gortat-to-Ariza feed for a dunk got the lead quickly back to 12, forcing a Bulls timeout. As the teams headed to the benches, the graying millionaire wearing No. 42 stood, clapped and waved a red Wizards rally towel.