As authorities piece together a case against Rittenhouse, new details are beginning to emerge about his life

Kyle Rittenhouse, a white 17-year-old from Illinois, was captured on video seconds after the first of two fatal shootings Tuesday during the third straight night of unrest in Kenosha over the police shooting of a Black man, Jacob Blake. Still, questions remain surrounding Rittenhouse's presence at the protests and the moments leading up the gunfire.

In a video on social media, Rittenhouse, seen carrying a semi-automatic rifle, appears to say he "just killed somebody" while jogging away from a man who had just been fatally shot in the head.

Rittenhouse, of Antioch, faces charges of first-degree intentional homicide and first-degree reckless homicide, among others, following the shooting, which took place amid turmoil after a Kenosha police officer shot Blake seven times in the back Sunday, potentially paralyzing him. Rittenhouse was taken into custody in Lake County, Illinois, Wednesday and is scheduled for an extradition hearing on Friday. He was officially charged Thursday afternoon.

Rittenhouse was assigned a public defender in Illinois for the hearing on his transfer to Wisconsin. The public defender’s office had no comment. Under Wisconsin law, anyone 17 or older is treated as an adult in the criminal justice system.

As authorities piece together a case against Rittenhouse, new details are beginning to emerge about his life. 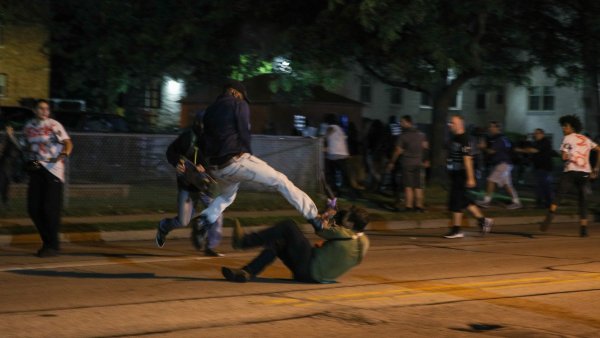 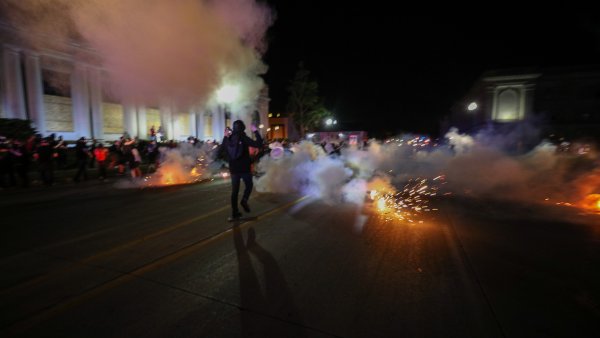 Additional photos from the scene Tuesday night showed what appeared to be multiple citizens armed with weapons as the unrest unfolded. Some stood outside area businesses and others were seen in the streets.

Kenosha County Sheriff David Beth confirmed there were so-called vigilantes or self-proclaimed militia groups on the streets, one of which even asked him to deputize them. It's unclear if Rittenhouse was connected to that group.

But video taken before the shooting shows police tossing bottled water from an armored vehicle to what appear to be armed civilians walking the streets. And one of them appears to be the gunman.

Still, in the moments after the shooting, there were reports the gunman walked toward police with his hands in the air, yet he was not arrested.

When asked why he was not arrested in the moment, Beth said he couldn't say for certain, but noted the chaos surrounding officers that night.