Two of five football players facing felony charges at a Christian college in suburban Chicago turned themselves in Tuesday, the day after a warrant was issued for their arrests.

“He will definitely enter a plea of not guilty and we will try the case in court,” said Christine Field, Kregel's attorney.

Spielman is the son of former NFL star Chris Spielman. An attorney for the Ohio State linebacking great said the family is surprised by the charges and called the allegations against his son "inaccurate and sensationalized."

"Chris and his family were shocked to hear of these charges after an investigation by Wheaton College exonerated these gentlemen over one year ago," the statement read. "The initial print reporting has been inaccurate and sensationalized as Noah has, and will, cooperate with authorities moving forward in the legal process."

Attorney information for the other students was not immediately available.

Police said the victim was "taken forcefully from his dorm room, restrained against his will" and left in a baseball field with multiple injuries.

The victim told police he was in his dormitory room in March 2016 when the players tackled and duct taped the freshman, put a pillowcase over his head and threw him in a vehicle, the Chicago Tribune reported, citing court documents describing the victim’s statements to investigators. The student told investigators they attempted to sodomize him with an object and dumped his half-naked and beaten body in an off-campus field.

The freshman ultimately took himself to a hospital with muscle tears in both shoulders and various bruises and scratches, the Tribune reports. Police said the freshman's injuries were "confirmed by medical experts."

Lollapalooza Do's and Don'ts: What to Know Before This Weekend 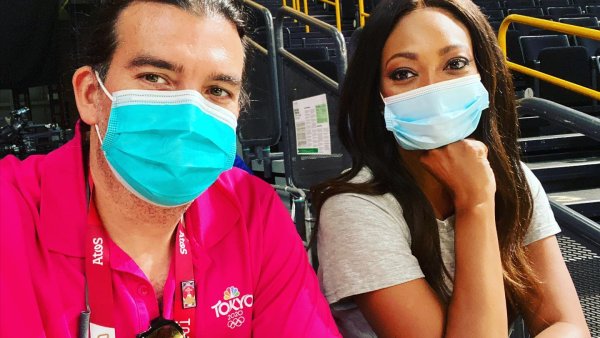 The victim withdrew from the school not long after, according to the publication.

He told the Tribune in a statement that the incident "has had a devastating effect on my life."

The college said in a statement late Monday night that it conducted its own investigation into the hazing claims, which "resulted in a range of corrective actions," though it could not specify what those actions were.

"The conduct we discovered as a result of our investigation into this incident was entirely unacceptable and inconsistent with the values we share as human beings and as members of an academic community that espouses to live according to our Community Covenant," the statement read. "We are profoundly saddened that any member of our community could be mistreated in any way."

Wheaton College has one of the top-ranked Division 3 football programs in the nation.

Police said it is the first serious hazing incident that has been reported from the school.

A varsity member of the school's football squad told NBC 5 the team was scheduled to have a meeting to discuss the charges against their teammates after a game Monday night.

Students at the private Christian college told NBC 5 they're disappointed to hear the accusations.

"I was just in the student center and there's a post on the wall that says: 'You know it has been a year since this happened, why haven't we heard about anything?'" said Wheaton College senior Drew English. "There's an anti-hazing policy in the student handbook — that's supposed to protect against things like this."

The DuPage County Prosecutor's Office said Monday the players could turn themselves in as early as Tuesday morning during bond court. Their bond has been set at $50,000.

"We expect that they will turn themselves in within a very reasonable time, according to our discussions with them," Volpe said.

Read the college's full statement below:

"Wheaton College aspires to provide an educational environment that is not only free of hazing, but practices our values as a Christian community. As such, we are deeply troubled by the allegations brought by law enforcement against five members of our football team. When this incident was brought to our attention by other members of the football team and coaching staff in March 2016, the College took swift action to initiate a thorough investigation. Our internal investigation into the incident, and our engagement with an independent, third-party investigator retained by the College, resulted in a range of corrective actions. We are unable to share details on these disciplinary measures due to federal student privacy protections.

"The conduct we discovered as a result of our investigation into this incident was entirely unacceptable and inconsistent with the values we share as human beings and as members of an academic community that espouses to live according to our Community Covenant. We are profoundly saddened that any member of our community could be mistreated in any way. This incident has prompted our Board of Trustees to engage outside experts to lead a campus-wide review of the level of effectiveness of our anti-hazing policy and of the culture around how students treat one another in our campus communities, athletic teams, and organizations. Wheaton remains committed to providing Christ-centered development programs and training to all our students.

"In 2014, we revised our anti-hazing policy and improved our training protocols to include a formal review of our anti-hazing policy with all student athletes every year, with required student signatures; we also require annual training for residence assistants who are responsible for residence hall activities. Despite these deeply troubling charges, we have experienced positive changes on campus, including rapid responses from campus leaders to reports of hazing or other inappropriate behavior and effective disciplinary review."