What Could Soldier Field Soon Look Like? See the Three Designs Presented by Chicago

Soldier Field, part of Chicago's 57-acre iconic Museum Campus that's also home to the Shedd Aquarium and the Field Museum, is one of the smallest National Football League stadiums in the country -- that's one reason the Chicago Bears have moved forward with purchasing a new stadium at the site of the former Arlington Race Track in Arlington Heights.

“It’s our obligation to explore every possible option to ensure we’re doing what’s best for our organization and its future,” CEO Ted Phillips said previously in a statement.

While the team is expected to close the deal in early 2023, Mayor Lori Lightfoot and the city of Chicago haven't stopped trying to lure the Bears to keep playing at the famed spot in the heart of the city -- and on Monday, Lightfoot's administration released plans and renderings for three potential renovations.

"An improved Soldier Field will deliver a world-class visitor experience,” Lightfoot continued. “Furthermore, any of these proposed renovations will allow Soldier Field to retain its role as an economic engine for Chicago for years to come, as these changes will allow us to keep bringing sports, music and other exciting events to our city.” 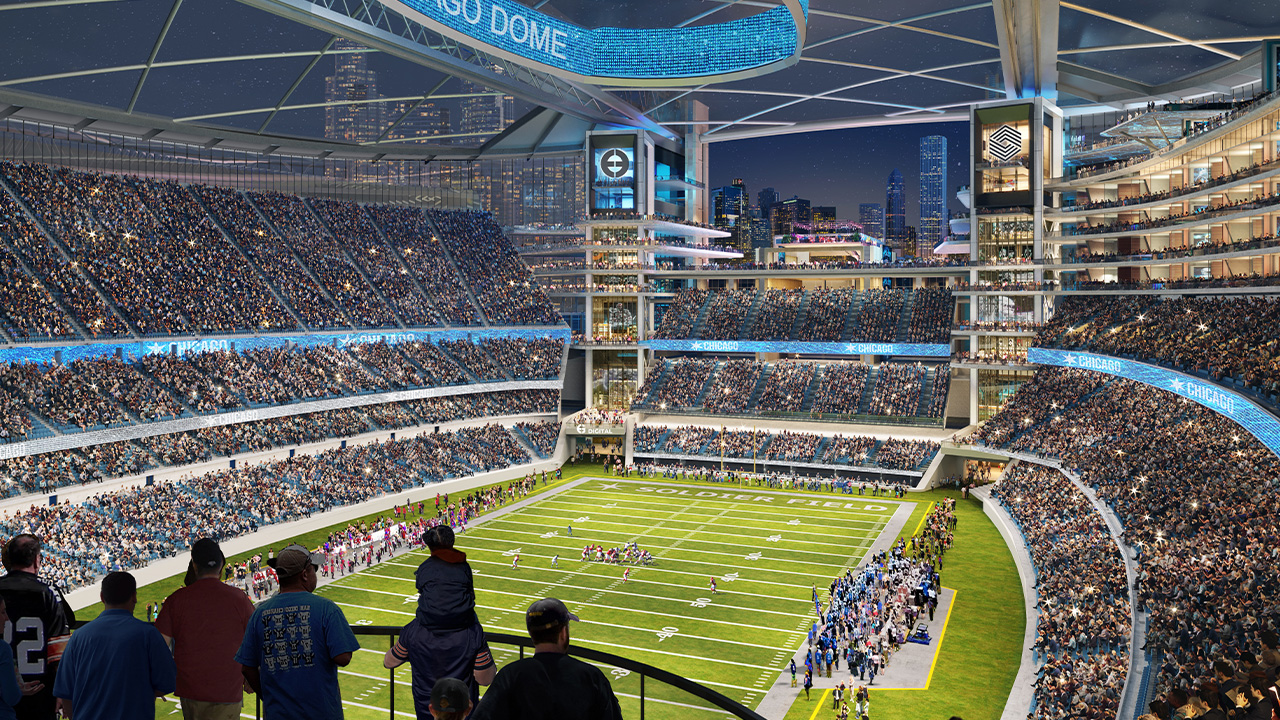 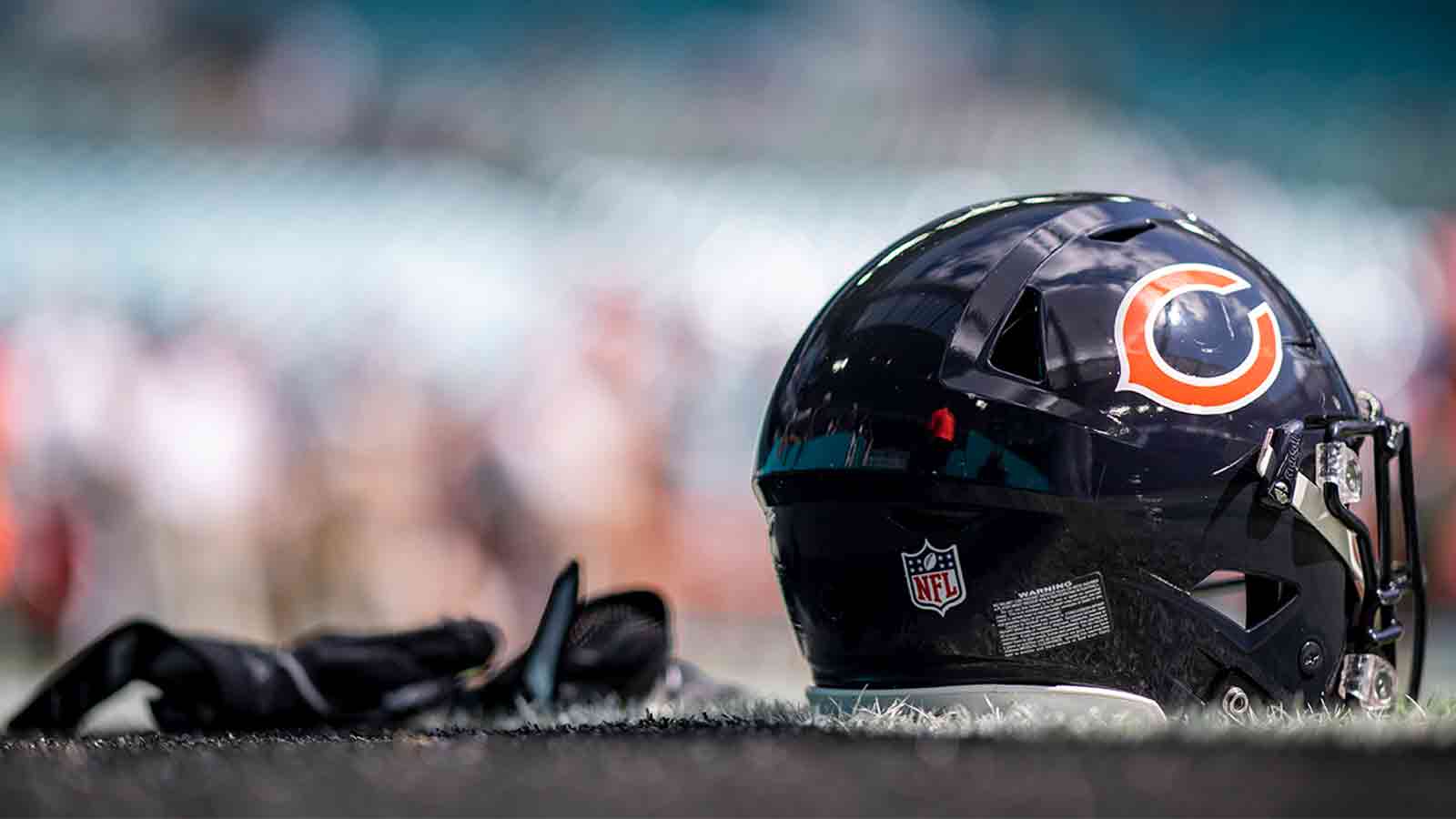 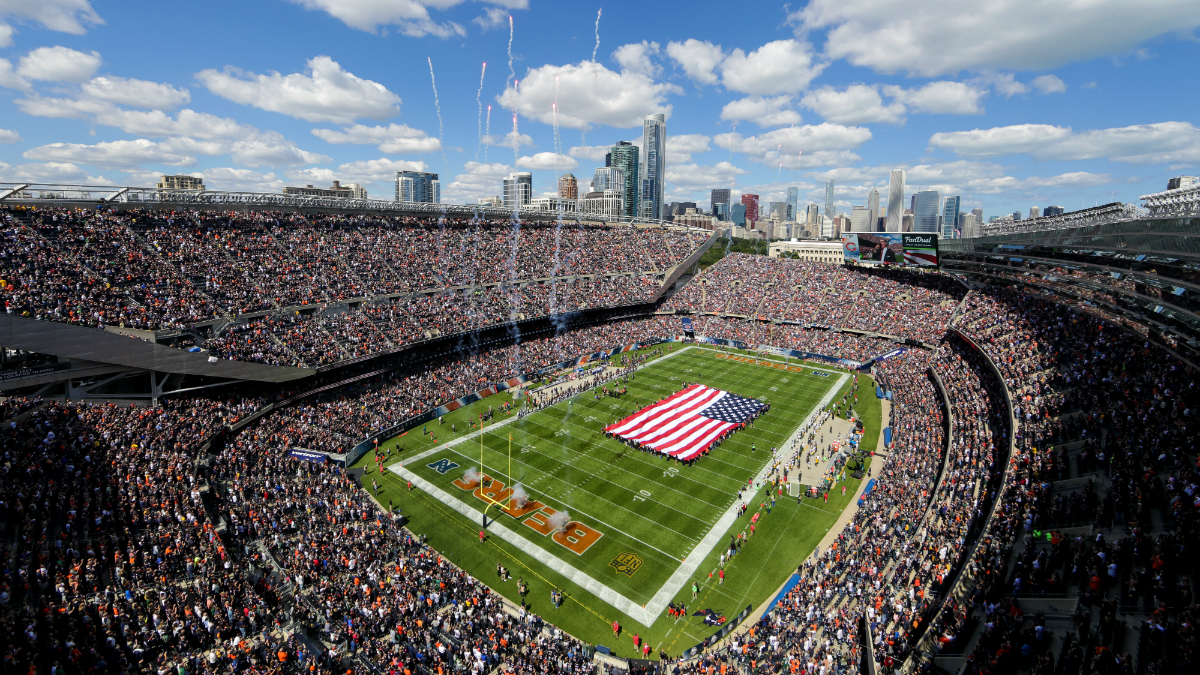 Would Chicago Consider Another Tenant, Including an NFL Team, if Bears Leave? Lightfoot Weighs In

According to the Mayor's office, improvements would include:

Mayor Lightfoot also indicated that the options include "expanded opportunity for major sponsorship rights," a proposal former Illinois Gov. Pat Quinn is against and is introducing a citizen ordinance calling for a citywide referendum Tuesday to prevent the Mayor from doing.

That referendum would be referred to Chicago voters and would say, "Shall the people of Chicago protect the good name of Soldier Field – which is a war memorial dedicated to the memory of soldiers who fought for our American democracy – by prohibiting the Mayor, City Council, Park District, or any other governmental entity from attaching a corporate name to Soldier Field or selling the naming rights to Soldier Field in any way?"

Here's a look at the three proposals unveiled Monday in the city.

Fully enclose the stadium by rebuilding both endzones with columns that can support a dome structure, so it could be used "year round."

Rebuild both endzones with columns to make the stadium "dome ready."

"Modify Soldier Field to be a multi-purpose stadium better suited for soccer while improving its flexibility to accommodate major concerts and a range of events," Lightfoot's administration said.

The estimated costs for each option have not been finalized yet, but the city said they are expected to range between $900 million and $2.2 billion.