What seemed like the perfect wedding spot turned into a dead-end destination for a young Prospect Heights couple after they said the venue refused to refund their $1,700 deposit.

Kelly Segarra and her fiance, Tim Sauer, said they toured Woodstock Weddings and Events last April and immediately fell in love with it, mostly because of its rustic green barn.

"So the moment I was asked [for] my hand in marriage, I knew automatically that I wanted to get married in a barn," Segarra told NBC 5 Responds. “And then I saw the barn and I was taken away. And I was like, ‘this is it.’”

Segarra said she met with the co-owner of the venue, signed a contract and made a down payment of $1,700 to his bank account to secure a September wedding date.

"It seemed legit to me. And then I paid them via Chase Quick Pay," Segarra said. “And I didn't think anything of it.”

Until, she started shopping around for a caterer and got negative feedback.

"And that's when everything started going downhill," Segarra recalled.

4 Wounded After Shooter Opens Fire on Crowd in Jackson Park 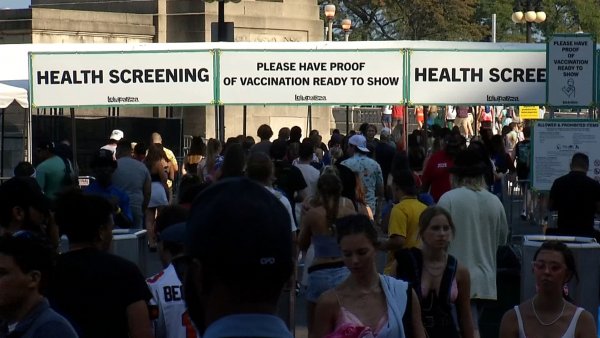 Lollapalooza New Mask Rule, Avoiding the Lines: Here's What to Know This Weekend

The contract they signed made no mention of refunds, so when Segarra decided to cut her losses and cancel, she was stunned by what Woodstock Weddings and Events told her.

"She told me that she didn't know who I was and she didn’t know what date we were scheduled for and that we didn't have a contract," Segarra said.

Segarra also learned that the co-owner she dealt with no longer worked there. As calls to the current owner went unanswered, Segarra’s friends blasted the venue on its Facebook page. Those posts got the attention of the owner, Juan Alvarez, who called with an offer.

“It's … ‘well, I do have the money but I'll only give it to you if you remove all the reviews.’ Reviews that I didn't even write,” Segarra said.

With no refund in sight, Segarra called NBC 5 Responds. We found some other reviews of Woodstock Weddings and Events, by McHenry County officials who recently cited Juan Alvarez with two violations, including no permit for a wrap-around deck that is touted on the website for holding up to 150 people, and no zoning permission to hold any receptions. We also learned Alvarez does not have a business permit.

In interviews in both English and Spanish, Alvarez told NBC 5 Responds and Telemundo Chicago Responde he knows nothing about the charges by McHenry County and couldn’t say where Segarra’s money went.

We tracked down the former co-owner who said he gave Woodstock Weddings and Events the $1,700 deposit but felt badly about how Segarra was treated, and for his role in the failed planning. After our calls, he personally reimbursed her for the deposit.