After premiering on NBC Chicago's Roku and Apple TV channels, "Big Chicago Stories" is now available on all of NBC 5's digital platforms.

From a skyscraper-climbing spider-man to the shocking and devastating Loop train crash, a new NBC Chicago docuseries has brought some of the city's biggest stories back to the screen.

After premiering on NBC Chicago's Roku and Apple TV channels, "Big Chicago Stories" is now available on all of NBC 5's digital platforms, as well as on Amazon FireTV.

When Dan “Spider Dan” Goodwin scaled the Sears Tower and then the John Hancock Center, he climbed his way into the hearts of Chicagoans — even as he drew the wrath of city officials who seemed powerless to stop him. But why did he do it at all? Spider Dan tells all.

Elevated trains are a reliable symbol of Chicago, but what if an el train falls off the track? That's exactly what happened at the height of evening rush hour on Feb. 4, 1977, at the corner of Lake and Wabash. Eleven people were killed and scores were injured. A new look at the investigation reveals what happened and what commuters still need to know.

Episode 3: Death of A Mayor

When Harold Washington, Chicago’s first Black mayor, was re-elected to a second term, his agenda seemed to finally be taking off. He then suddenly died the day before Thanksgiving 1987. What ensued after his death was grief and determining who would be the city’s next mayor.

In September of 1982, residents of Chicago and its suburbs began living a nightmare. Someone was putting cyanide into capsules of Extra Strength Tylenol and putting the bottles back on store shelves. In the course of just a few days, seven people were found dead. In this episode of “Big Chicago Stories,” NBC 5’s Phil Rogers goes back to those... 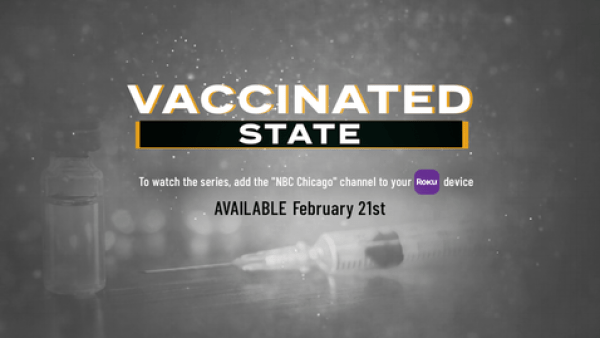 ‘Vaccinated State' Trailer: Inside the COVID Vaccine Rollout in Illinois