The two will "discuss the latest developments in the City’s reopening plans and provide updates on the response to the COVID-19 pandemic," officials said. The event can be watched live in the video player above.

The update comes days after Mayor Lori Lightfoot revealed that the city is considering expanding indoor dining capacity with Valentine's Day weekend around the corner.

proof of vaccination 23 mins ago 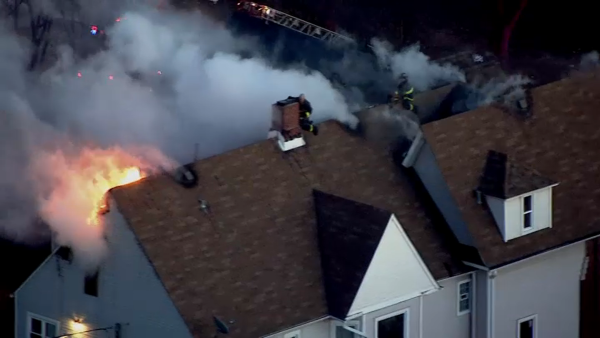 The city entered Phase 4 of Illinois' coronavirus mitigations on Jan. 31, which allows indoor dining capacity to increase, among other changes, under the state's guidelines.

But as restrictions were relaxed as Chicago entered Phase 4, Lightfoot and Chicago officials decided not to increase the indoor dining capacity limit in according with state guidelines, leaving it at the lesser of 25% or 25 persons per room.

When Chicago shifted to Phase 4, the following regulations remained in place:

In explaining the decision to curtail the state's Phase 4 guidelines, Chicago health officials said it is "standard public health practice" to monitor the impact of any significant mitigation change for a minimum of two weeks.

“We continue to see great progress in the ongoing fight against COVID-19, and I am thrilled that our metrics continue to move in the right direction," Lightfoot said in a statement announcing the enhanced mitigations under Phase 4. “However, while we welcomed the return of limited indoor service last weekend, a rush to expand capacity too quickly would be irresponsible. With cases and positivity rates still higher than before the second surge, now is the time to keep safeguards in place to ensure continued progress and hopefully prevent any rollbacks in the future."

Sunday, Feb. 14 marks two weeks since Chicago entered Phase 4 mitigations. Partial indoor dining resumed in the city on Jan. 23, when the city reached the threshold to move under Tier 1 restrictions.

At a news conference on Monday, Lightfoot acknowledged that the restaurant and hospitality industries have been extremely hard hit during the pandemic and hinted at an announcement this week.

"There's ground to be made up," she said. "I'm very well aware that we're in daily conversations with the leading trades for the restaurants. This is something that we spent some time talking about over the course of the weekend."

As the city entered Phase 4, Illinois Restaurant Association President Sam Toia said restaurants were confident they could safely serve more guests - and needed to in order to survive.

"As one of the most highly regulated industries in terms of health and safety — and with enhanced precautions introduced during COVID-19 — Chicago restaurant operators know how to protect the wellbeing of their guests and team members," Toia said. "The industry needs more to survive this crisis."

Arwady's update on Wednesday also comes one day after she said Chicago's next phase of vaccinations could be pushed back.

Arwady said in a video broadcast on social media that the city needs to see a significant increase in vaccine doses from the federal government in order to move into Phase 1C as previously announced.

"If we don't get significantly more vaccine, like we're anticipating, it's possible we could have to push the date for 1C back," Arwady said. "At this point we're sort of going with a projection that there will be quite a bit more vaccine."

Chicago was originally tentatively planning to move into Phase 1C on March 29, followed by the entry of Phase 2 on May 31.

Phase 1C includes all essential workers not covered in earlier phases, as well as Chicagoans between the ages of 16 and 64 who have underlying medical conditions, Arwady said.

As of Tuesday, Chicago was receiving 6,000 first doses of the vaccine per day, Arwady said, though there are more than 700,000 Chicagoans eligible for vaccinations in Phase 1B.