Travelers may be used to seeing long security lines at airports, but video showing a particularly long line at Chicago’s Midway Airport has proven to be a traveler's nightmare.

Video posted to YouTube Thursday shows a line at the airport winding through roped off areas and down several halls, taking nearly 2 minutes to walk from the front of line to the end of the line.

The video, posted by Sean H., has received more than 1 million views and was featured on the homepage of social media site Reddit Friday morning.

The man who filmed the footage said the line, which was the longest he’s ever seen at the airport, took about an hour and a half to get through.

It’s not the first time long airport lines have made headlines this week.

Travelers waited for hours in long lines at O’Hare Airport Tuesday and similar problems have been reported at airports nationwide.

So much so, that senators have asked airlines to stop charging baggage fees ahead of the busiest travel season of the year in an effort to reduce the lines. 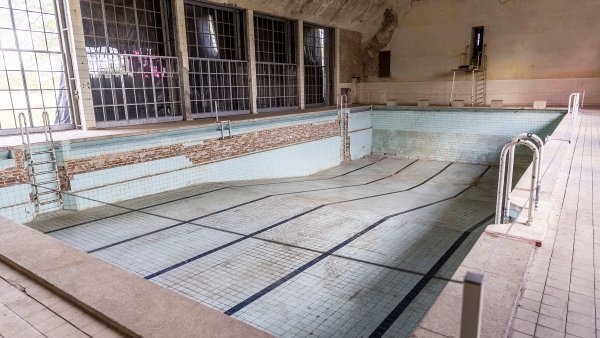 Images Show Deserted Olympic Venues Around the World – Even in Tokyo

TSA said in a statement in response to the video that its "primary focus is the current threat environment, as the American transportation system remains a high value target for terrorists."

"Our strong economy means air carriers are enjoying record travel volume, which is resulting in heavier than normal volumes of travelers at our nation’s airports – some with double digit increases over last summer," the statement read.

"TSA is addressing the growing volume of travelers, with measures including more canine use, overtime, and accelerated hiring," it continued. "We are appreciative that our airline partners are working with us by asking travelers to arrive at the airport as much as two hours early for domestic flights, which will help to alleviate some of the expected summer congestion. Traveler security is TSA’s first priority and we remain intensely focused on our important mission.”

TSA is under growing pressure to fix the long lines. Some airports use private contractors instead of TSA for screening. Officials for the big New York City-area airports and Seattle have indicated they are considering such a move.

Homeland Security Secretary Jeh Johnson asked fliers "to be patient" as the government takes steps to get them onto planes more quickly.