Lots of people were burning mad when United Airlines' announced last week that it will begin screening for overweight passengers at O'Hare International Airport and require them to buy two seats.

Joining a chorus of voices calling for fairness (on either side of the subject), now comes People for the Ethical Treatment of Animals (PETA).

In the wake of the announcement, and anticipating other airlines will follow suit, the animal rights group is posting a new billboard that shows the belly of a "super-sized" man next to a row of regular-size airliner seats with the tagline "Don't Pay for Two Seats—Go Vegetarian."

Their's is not a message for the airlines, but rather for the overweight flyers who are the target of the new policy. A change of diet would do you good, the group says.

"Having to buy two seats during a recession is tough, so cash-strapped airline passengers with a little 'extra baggage' can save and slim by going vegetarian," says PETA Executive Vice President Tracy Reiman. "You could say that a humane, healthy and slimming vegetarian diet is the only way to fly."

"Studies show that vegetarians are, on average, about 10 percent leaner than meat-eaters are," a news release from PETA states.

The release goes on to say that meat-eating "frequent flyers (may) be grounded in other ways, as well. 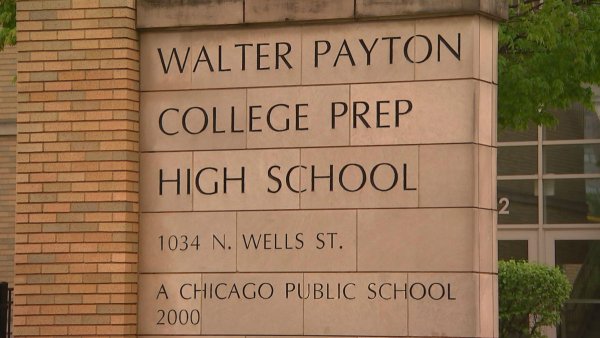 These Are the Best High Schools in Illinois, According to a Recently Released Report ... the consumption of meat and other animal products has been conclusively linked to heart disease, strokes, diabetes, and several kinds of cancer—not to mention higher rates of infertility in women and impotence in men—going vegetarian could save portly passengers money on everything from hospital bills to home defibrillators to Viagra.

Even more to point in the group's recent campaign is PETA's contention that vegetarianism "is the best thing that anyone can do to help stop the immense suffering that the billions of animals raised and killed for food endure."