The Chicago Blackhawks gave it a valiant effort, but despite goals from Ben Smith and Andrew Shaw they fell just short in a 3-2 loss to the Nashville Predators.
Even in the losing effort, several players’ performances stood out, and we’ll give them some kudos in this edition of Three Stars. 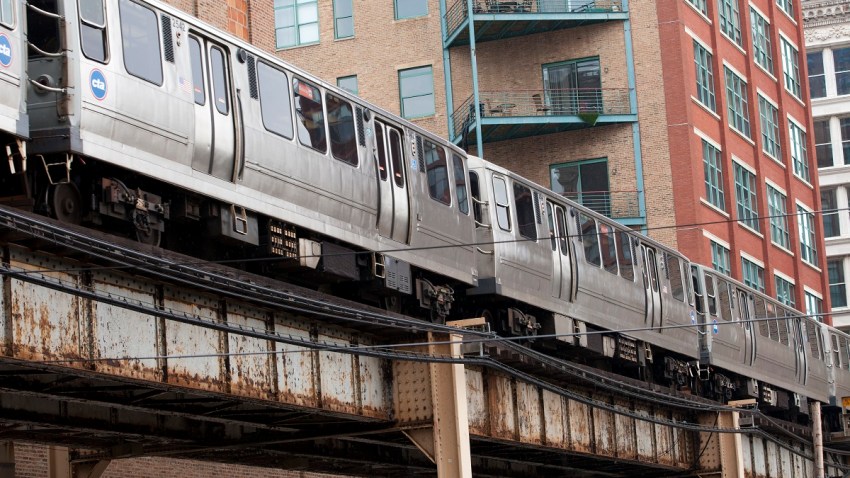 CTA Service Resumes Across Chicago, Much of City Remains Closed

Third Star: Trevor van Riemsdyk
One of the things the Blackhawks have missed with Nick Leddy being traded is his ability to bring the puck into the offensive zone consistently, but they may have found an adequate replacement in van Riemsdyk.
During Thursday’s game, the rookie split the Nashville defense on several occasions, using his speed and strength to muscle his way into the zone. He set up several quality scoring chances, and even though he didn’t pick up any points, he still was one of the most active blue liners on a night that the Hawks needed him to be.
Another thing that van Riemsdyk has brought to the party is some responsible defensive skill. In Thursday’s game he blocked four shots, and none of them were more important than the one he stopped from Taylor Beck in the second period. On the play, Nashville got an unexpected 3-on-2 rush from the blue line in, and Beck looked to be gaining the outside edge when he got the puck. Van Riemsdyk made a quick adjustment on the ice and dove to block the shot. He ended up getting kicked in the head for his trouble, but the important thing was that he was okay and that the Predators didn’t score.
It was a great play by the youngster, and if this is indicative of what the Hawks can expect from him going forward, he’s going to be a really nice addition to the blue line corps.
Second Star: Andrew Shaw
Shaw’s third period goal was a thing of beauty, and all it took was a funky bounce off the boards to make it happen.
Retrieving the puck in the defensive zone, Shaw skated through the neutral zone and tried to dump the puck into the offensive zone for a teammate to retrieve it. The puck ended up hitting the boards and bouncing out toward the middle of the ice instead of skirting along behind the net, and Shaw picked it up. He then drove straight to the front of the net, and even though Pekka Rinne made an initial save, Shaw was able to bat the rebound out of midair and into the goal to make it a 3-2 game.
It was, needless to say, a very odd play because of the bounces, but the big takeaway was how Shaw reacted to it. Seeing the open space allowed him to drive immediately to the front of the net, and the whole play seemed to take Nashville by surprise. It was a good goal set up by good ice-awareness and hand-eye coordination, and it’s a continuation of Shaw’s strong start to the season.
First Star: Ben Smith
Smith is a Swiss Army Knife in Joel Quenneville’s arsenal of weapons, and he showed that ability on Thursday. He was strong on the penalty kill, looked good in even strength minutes with Patrick Kane and Andrew Shaw, and played responsible defense whether at even strength or short-handed.
Smith’s biggest contribution to the game came in the first period when he scored the first goal of the contest for Chicago. On the play, Smith worked his way into the corner and wrestled the puck out of a scrum. He then pushed a pass to Marcus Kruger, who ended up putting a wraparound attempt through the goal crease. Fortunately for him, Smith was crashing the net on the other side, and when he punched in the rebound, the Hawks grabbed a 1-0 lead.
The play was a perfect encapsulation of what Smith brings to the table for the Hawks. He is willing to go into dirty area to win puck battles, he crashes the net with abandon when necessary, and most importantly of all, he can score goals. It was a great play all-around, and if the Hawks had won, it would have stood out even more.
0